Risk appetite has soured once more following a profit warning from US tech stock Snap which has weighed on NASDAQ. Market reaction to the renewing selling pressure will be key. For now, the USD correction remains on track. 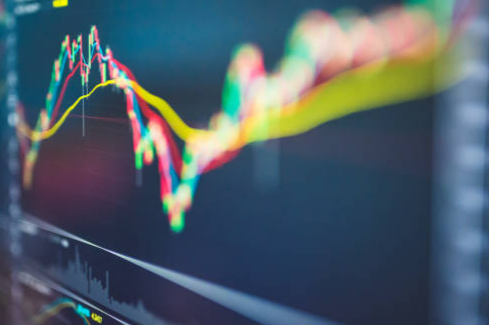 There has been a swing back towards a negative risk bias overnight. A profit warning from US tech stock Snap has weighed on NASDAQ futures, with the associated drag back on the S&P 500 futures and slightly less so, Dow futures. European indices are seeing their recent recoveries waning as a result. The sustainability of this early decline today will help to paint a picture of whether near-term rallies remain a chance to sell.

However, it is interesting to see that there is no notable strengthening of the USD on the back of this souring of risk appetite. The JPY is performing well (helped by the upside surprise in Japanese flash PMIs), but so is the EUR (buoyed by a speech from ECB President Lagarde), whilst GBP is stable. Although the commodity currencies are slipping back slightly, the corrective move on the USD over the past week remains on track. This is also allowing the recovery of precious metals to be sustained.

The flash PMIs dominate the economic calendar today. With Australian, Japanese, and Eurozone data already out, traders will be bracing themselves for the UK this morning and US data later. With inflation soaring in the UK, the services data is likely to be a sizeable drag on the overall Composite which is expected to be dragged down by almost 2 points. For the US, the deterioration is expected to be more moderate. Any surprises will move markets. Elsewhere, New Home Sales and the Richmond Fed Manufacturing will be watched. However, there is also a speech by Fed Chair Powell to watch in the middle of the US session.

Market sentiment has soured: Indices are especially feeling the weight of a deterioration in risk appetite. Although the JPY is performing well, this may have

Treasury yields have dropped slightly: Negative sentiment is helping to pull yields slightly lower, but only by -3 or -4 basis points on the 2-year and 10-year yields.

Australian flash PMIs fall sharply: The Composite PMI has fallen to 52.5 (from 55.9) missing expectations of 55.0.

Japanese flash PMIs were slightly better than expected: The Composite PMI has ticked higher to 51.4 (from 51.1) having been expected to fall to 50.5.

ECB’s Lagarde boosts the EUR: The ECB President has set out the terms for the end of negative rates. She says that rates are likely to be positive after Q3

Fed Chair Powell eyed: Powell always has the power to move markets, and he has done in recent weeks. On the last two occasions, markets reacted to a slight dovish hint which helped to improve broad sentiment, but then subsequently he remained fairly hawkish. With inflation pressures beginning to recede his comments today will be key. The speech is scheduled for 1720BST.

Cryptocurrencies holding this morning: Despite a late decline in yesterday’s US session, cryptos are relatively stable today. Bitcoin has slipped back but remains steady above initial support at $28,600. Resistance is building between $30,700/$31,400.

Broad outlook: Sentiment has turned negative, weighing on indices and to a slight extent with commodity currencies underperforming.

Forex: USD has not strengthened despite the negative risk sentiment today. JPY is outperforming, whilst NZD is underperforming.

Commodities: Precious metals continue to build on the recent improvement. Oil trades with a slight positive bias within the seven-week range.

Indices: Wall Street is being dragged back this morning, with European markets also weighed down.