Week Ahead: US GDP and a crucial ECB decision

It is wall-to-wall tier-one data this week. US GDP confidence and the flash PMIs will be key. However, the ECB rate hike will also be crucial. This comes amidst a string of central bank rate decisions. 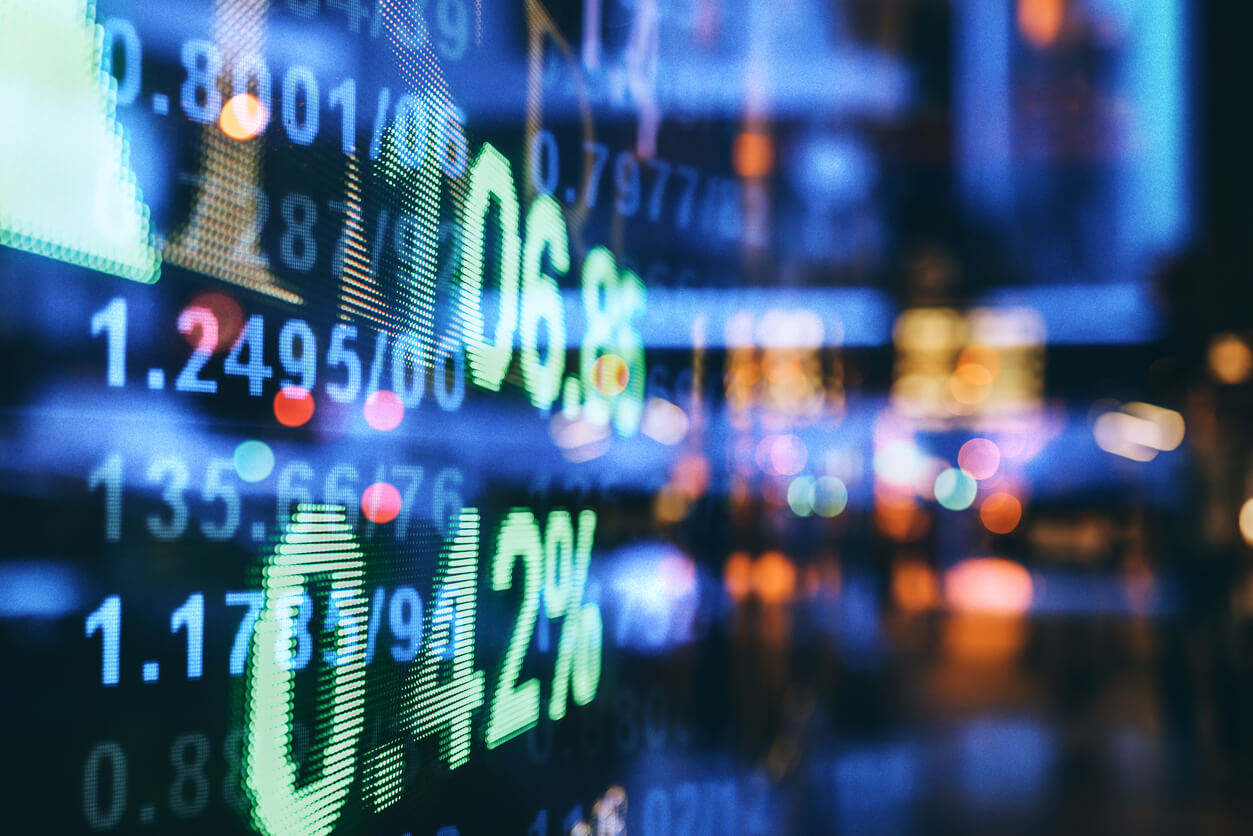 US Advance GDP will be an important gauge to assess how the global economy performed in the third quarter of the year. However, traders will also be watching for the October flash PMIs to see how Q4 is beginning to shape up too. Elsewhere there is a raft of tier-one data for major economies covering inflation and unemployment. Most importantly comes a crucial decision for the ECB over the size of its latest rate hike. This comes in addition to rate decisions from central banks in Canada, Japan, Brazil and Colombia. 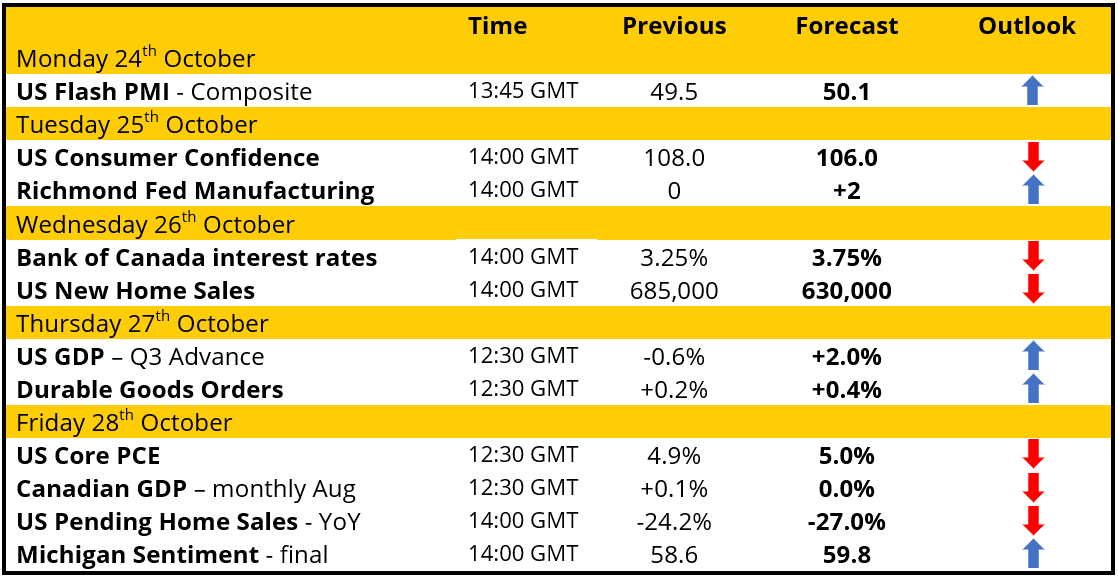 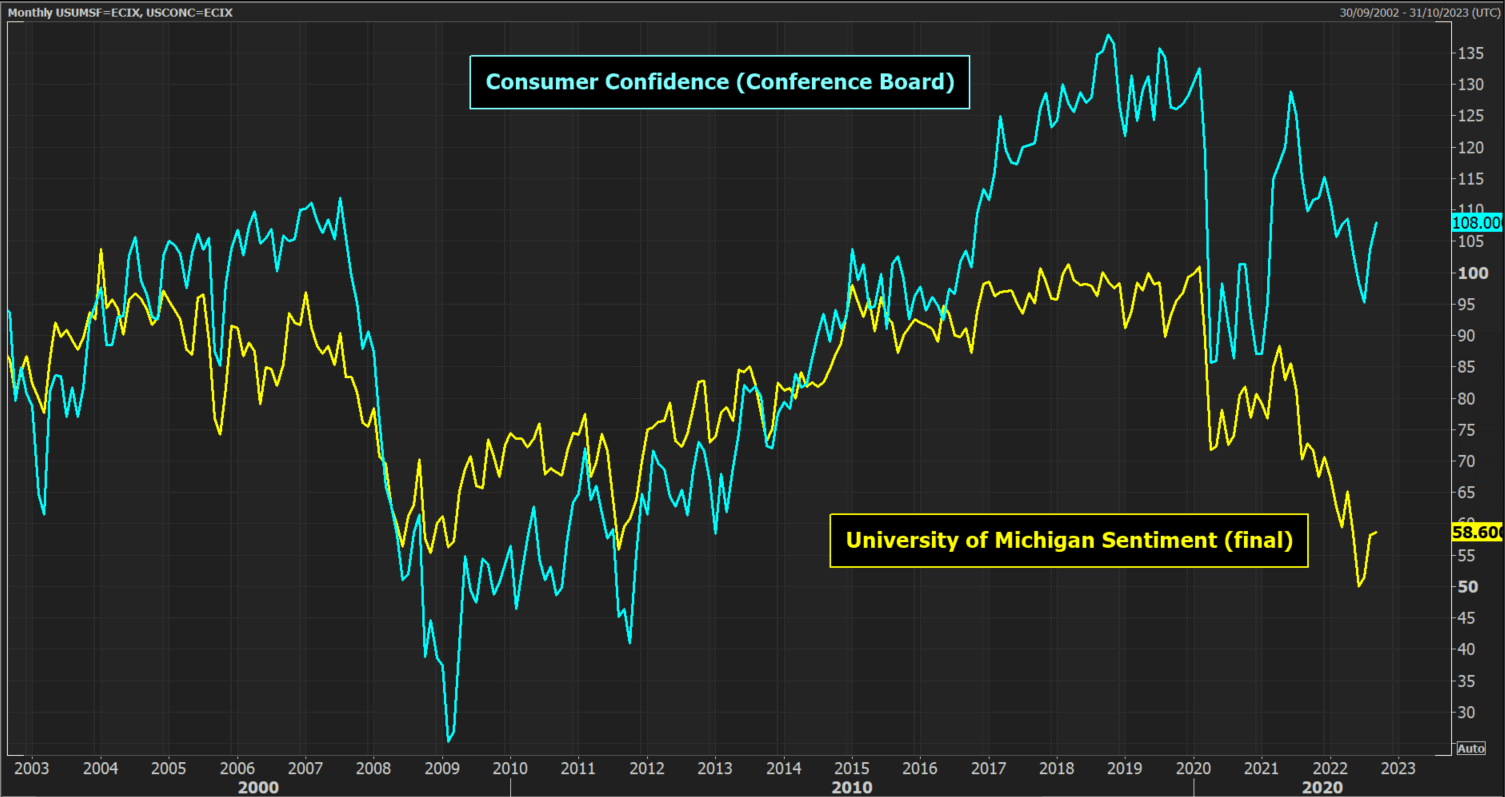 The USD has been in a period of choppy performance. There have been some sizable intraday swings of risk appetite driven by the UK political turmoil and the US earnings season. This has restricted USD gains in the past few weeks. However, with US Treasury yields moving higher again, we expect the USD outperformance to take hold once more against major forex.

US data is forecast to show marginal improvements in activity data this week. The flash PMIs are expected to show a composite figure back into expansion (above 50), whilst durable goods are forecast to tick higher. The big focus will be on Q3 growth which is forecast to show annualised growth of +2.0%. The well-regarded GDPNow model from the Atlanta Fed is running up at 2.9%, so if the consensus sees an upside surprise then this will only add fuel to the USD rally.

There is some debate amongst analysts over whether we will see a 50bps or 75bps hike from the Bank of Canada this week. However, with headline inflation coming in higher than expected at 6.9% last week and a tick higher in core inflation to 5.4%, this will add fuel to the expectation of another aggressive BoC hike. A 75bps hike would boost CAD near term.

Precious metals have been more volatile in recent sessions, with silver showing signs of a near-term bottom. However, the rise in real US bond yields and USD strength is a drag on commodities. As such we would continue to view any near-term strength in gold or silver as being short-lived.

Oil has tended to be dragged lower by the consistent deterioration in the global economic outlook (thus hitting demand expectations). Supply tinkering by OPEC+ has periodically encouraged near-term rallies, but they tend to die out fairly quickly once the focus turns back to the demand concerns.

The positive start to the US earnings season has helped to encourage support for Wall Street. However, if Treasury yields continue to move higher, this is likely to drown out much of the positive momentum from corporate earnings. We continue to see near-term rallies as a chance to sell.

The ECB monetary policy meeting is a crucial event this week. There are no economic projections in this meeting, but inflation continues to rise and economic activity data continues to deteriorate (and point to mildly negative GDP in Q3). There have been very few dissenting voices from the Governing Council members in recent weeks. This would point towards a 75 basis points hike for the second meeting in a row is all but nailed on. Lagarde has said previously that she is looking for normal/neutral interest rates (a deposit rate somewhere close to +2%) before engaging in quantitative tightening. The deposit rate is still 125bps away, so this suggests +75bps this week and a likely +50bps in December.

From a EUR perspective, tightening hard into a recession is still a concern, especially prices against the Fed’s policy, so the EUR is likely to continue to underperform the USD.

Writing about GBP has been a thankless task in recent weeks due to the massive UK political instability. With Prime Minister Truss resigning after just over six weeks (45 days to be exact) there will be another leadership contest. Who knows what might be thrown up in the next few days, but taking a step back, political risk premium never tends to be a good thing for a currency.

There might be a sense of calm this week ahead of the new leader taking control. However, regardless of who it is, they are taking hold of a poisoned chalice. They will inherit an economy of inflation over 10%, a current account deficit of c.-5%, a budget deficit of c. -7% and interest rates rising sharply into a recessionary outlook. Looking past near-term volatility, GBP will remain under selling pressure in the medium term.

With USD/JPY pushing towards 150, we have to be constantly on alert for intervention now. There is ongoing weakness in JPY but there could be a sharp jag back of recovery if there is another bout of considerable intervention. Could the BoJ tinker with yield curve control this week? If so, it would likely give a short-covering rally to JPY. However, it would still likely be short-lived as the significant rate differentials play poorly for the JPY as the Bank of Japan is left in the wake of far more hawkish major central banks.

The AUD has been underperforming since the Reserve Bank of Australia hiked less than expected in early October. With broader market risk appetite souring once more, there is little reason to believe that a risk-positive currency such as the Aussie will not continue to perform poorly. CPI inflation is expected to jump to 7% in Q3. Any above forecast print may allow AUD some respite, but it would likely only be short-lived.

In the recent 50bps hike the RBNZ was more hawkish than the RBA and this has allowed a mild rebound of the NZD versus the AUD. However, the kiwi is a commodity currency that is struggling to hold any consistent recovery versus the USD. With no New Zealand data to change this narrative, we expect NZD to remain under selling pressure. 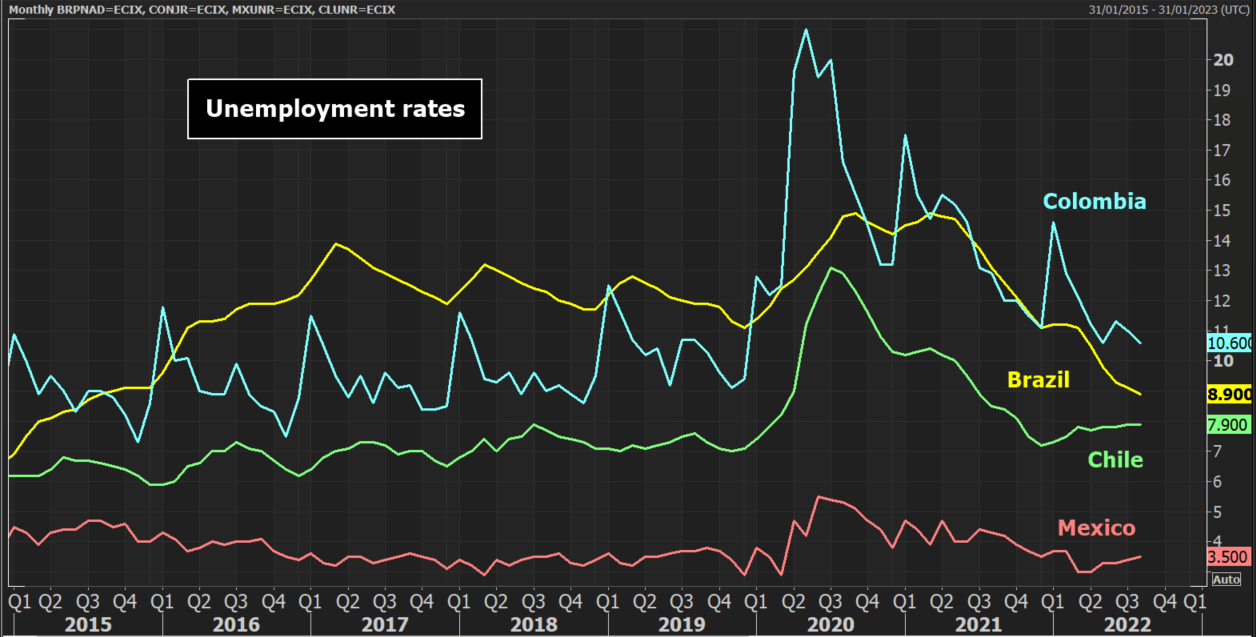 The Brazilian real continues to perform well amongst its Lat Am peers in performance against the USD. The central bank is now on pause and the forecast for continued inflation reduction shows the hawkish stance is now working. BRL will likely continue to feel the benefit of this.

Signs that inflation could be starting to fall will be welcome for the central bank as the jobless rate is also starting to tick higher. The MXN has continued to be relatively stable versus the USD in recent months. Falling inflation could help a shade of outperformance this week though.