Week Ahead: US CPI is key in a quieter week for the calendar

After a recent deluge of tier-one data, major markets face a quieter week on the economic calendar. However, the US Mid-term elections and US CPI inflation loom large. 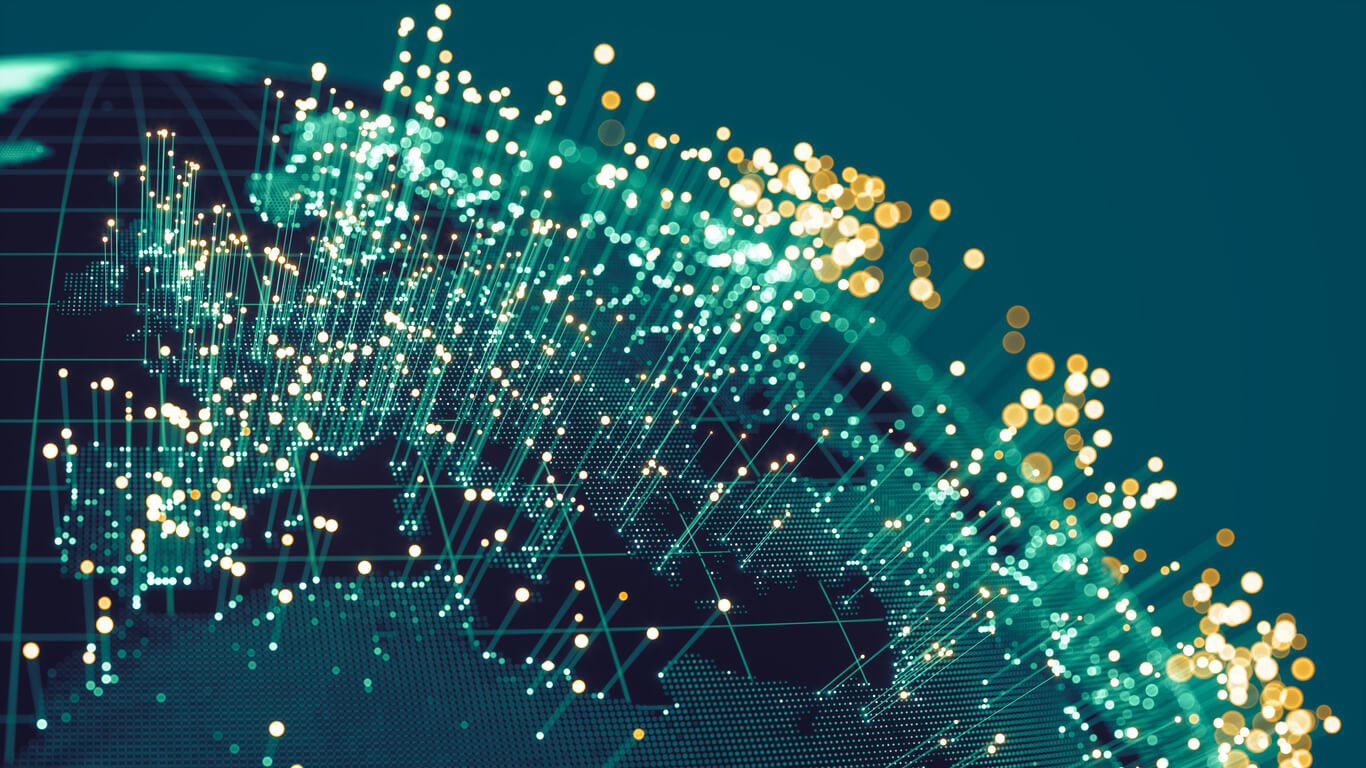 After the recent avalanche of central bank decisions, traders can be forgiven for pausing for breath in a quieter week for the economic calendar. However, there is always something to move markets. Once more, the US is in focus.

The US Mid-term elections on Tuesday will be worth watching initially. Primarily though with outlook for US inflation still critical for Fed monetary policy, the US CPI looms large later in the week. Elsewhere, the first look at UK Q3 GDP is expected to confirm a move into technical recession. In Latin America, it is all about inflation, with the Mexican Central Bank set to hike rates aggressively again.

Ahead of the FOMC meeting, the USD had been under corrective pressure against several major currencies as talk was of the Fed pivot. However, Fed chair Powell has kicked the pivot further down the road and the USD is driving significant strength once more on major forex pairs. The October high around 114.00 on the Dollar Index is the next resistance, but the September high around 114.80 cannot be ruled out in the coming weeks.

This USD strength is likely to continue this week, at least until the US CPI. This is the next major risk event in the economic calendar for the USD. Recent forecasts on CPI have consistently expected a drop in headline CPI and a small rise in core CPI. These have tended to be beaten to the upside, driving renewed USD upside. Any repeat of this would likely see the same result.

As for the US Mid-terms, the latest polling suggests that it could be a difficult result for President Biden and the Democrats. Polling according to the Politico website has the House of Representatives highly likely to become Republican-controlled, whilst the Senate “is a coin toss”. If the Senate falls Republican too, it would make the next two years very hard work for Biden. The market impact may therefore play into the risk negative and USD positive bias.

With the Bank of Canada more cautious in its monetary policy hikes, this has been gradually weighing on the performance of CAD. The unemployment data at the end of the week is expected to show an uptick in unemployment and something that will play further into the BoC caution. In the meantime though, if the oil price continues to rally then this will help to ease some of the selling pressure on CAD.

US real yields and the USD moved higher again in the wake of the FOMC meeting. The negative correlations of both remain an important driver for commodities priced in USD. Therefore we continue to favour downside and selling into strength on gold. Silver is holding up curiously well, for now. But if gold moves lower to test recent support, this would likely drag on silver too.

It is interesting to see that oil is now starting to trend higher over the past six weeks. The question remains whether oil demand will suffer as major central banks continue to tighten into likely recessions. This may begin to weigh on the recovery in the oil price. For now, though the move is higher.

We are now more than halfway through the US earnings season and what initially looked to be fairly encouraging is beginning to be dragged into the mediocre. Companies issuing negative guidance outweigh those that are positive. According to Factset data, blended earnings growth (both actual and still expected) has been revised lower to close to 2% (the weakest since Q3 2020). It seems as though it was the prospect of a Fed pivot that was carrying the October rally on Wall Street. With this now being pushed further out, the potential for renewed selling into the strength is elevated. 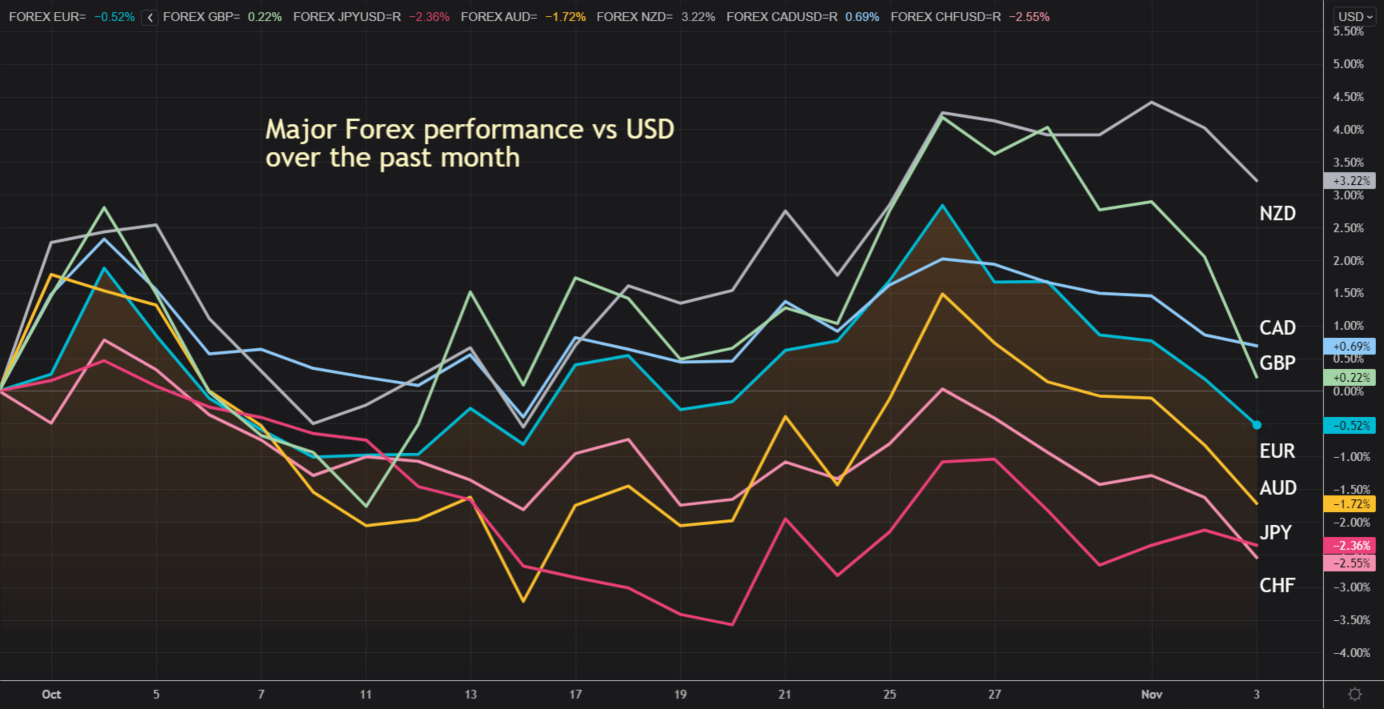 The hawkish voices on the ECB Governing Council are growing in the wake of the big upside surprise in Eurozone inflation. However, this is doing little to support EUR. Although Eurozone bond yields are rising, the core/periphery spreads are widening and this is weighing on EUR performance. Eurozone retail sales will be eyed this week, but there is little data to change the narrative here. This points to further struggles for EUR versus USD especially, but also JPY as risk appetite falters too.

The Economist magazine recently wrote about the “Moron Risk Premium” for UK assets which was weighing on GBP. The more stable political outlook has removed some of this “Moron Risk Premium”, but we are now left with an increasingly negative economic outlook. The Bank of England hiked by an aggressive 75bps. However, the messaging also looked as though it did not want to. Hiking aggressively into a recession is economically damaging, even if inflation is over 10%. GBP is now under mounting selling pressure and there is very little data this week that can change this path. The expected announcement of negative GDP in Q3 will only add to the pressure.

European indices are once more outperforming Wall Street. We favour the DAX & CAC outperformance during the risk rallies. However, when risk appetite sours, the more defensive FTSE 100 begins to outperform.

As major markets trade with an increasingly risk negative bias, there are hints of stronger performance coming through in the JPY. Although this is not seen against the resurgent USD, elsewhere in its major crosses, JPY is performing much better. This will certainly be something to keep an eye on if the post-FOMC trends continue in major forex.

The Reserve Bank of Australia played it very straight as it hiked by 25bps as expected last week. With no hawkish bias and broader risk appetite deteriorating, this is leaving the high beta AUD under corrective pressure.

The more hawkish Reserve Bank of New Zealand is enabling a better performance on the NZD compared to most major forex. The Kiwi is still decisively outperforming the USD in the past month. If the post-FOMC trends continue this week, it is a performance that is likely to hold up relatively well. 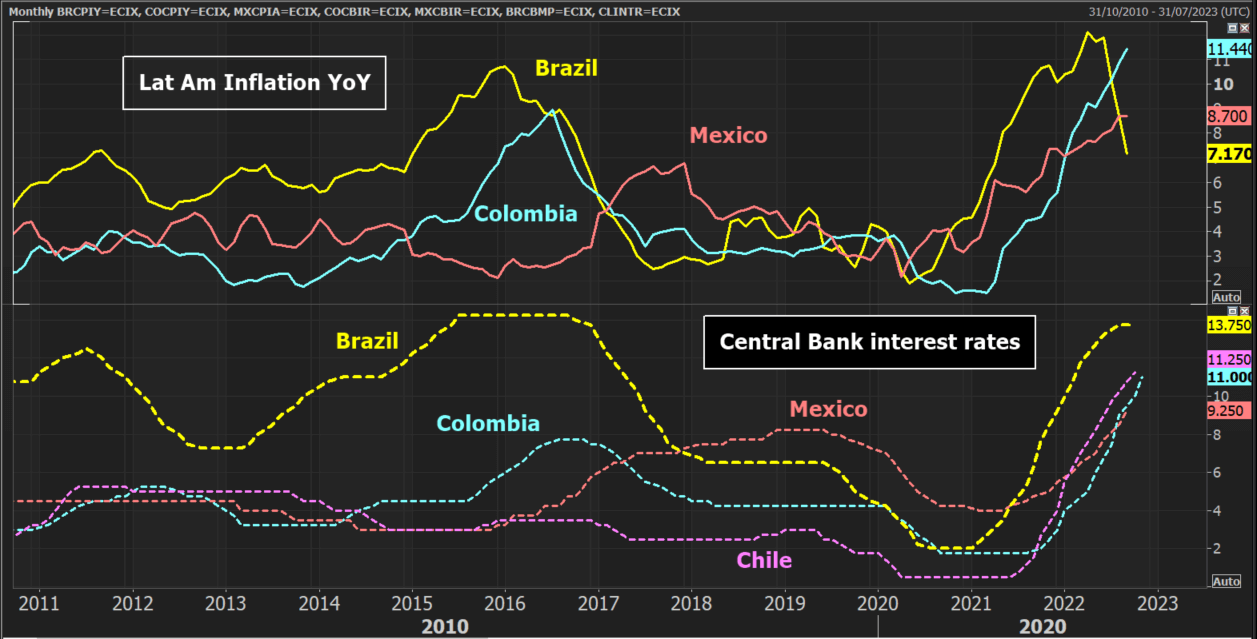 With Lula winning the election and Bolsonaro authorising the transition process (although without formally conceding defeat), Brazil can begin to shift to a new presidency. Market reaction has been remarkably positive with BRL performing very well, despite renewing USD strength. The expectation of a continued sharp decline in inflation should help to sustain this performance.

There is a gradual but growing strength in the performance of MXN. With inflation starting to roll over a 75bps rate hike to 10% may signal the end of the aggressive tightening by the Mexican Central Bank. However, we expect the strength of the MXN performance to continue.