Gold is trading like a currency as USD strength weighs

Gold has broken below key support today. However, it is performing relatively well against major commodities and is instead more like a currency. We look at the trading strategy. 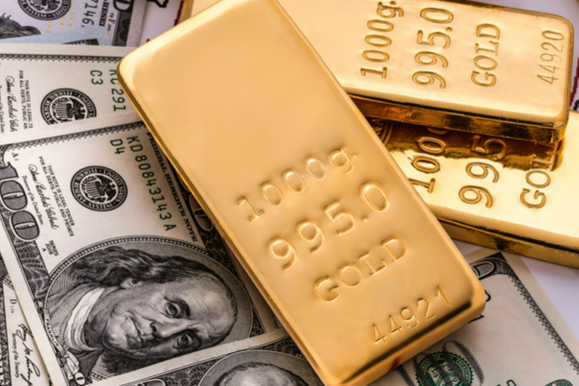 As the US dollar strength has taken another enormous leg higher, assets are wilting across major markets. This is even impacting gold. The yellow metal has lost its safe-haven appeal (at least for now) and is succumbing to pressure being exerted by the huge USD strength. Until the USD stops strengthening, the outlook for gold will remain negative.

Gold is performing well against commodities but in line against forex

Although gold has fallen by around -2% today, looking at the performance over recent months, it is seen as something of a safe haven trade, especially in the commodities space. Looking at relative performance charts of gold versus other commodities in the past three months, we see an asset that has been a low volatility asset which is performing well amongst a group of underperforming metals (oil is acting as a standalone now).

Copper is in the process of falling hard, whilst silver continues to trade like gold but on steroids. In a falling market, gold can still hold up relatively well as a store of value. However, it seems that for a more direct comparison, we need to look more at the forex space. Gold rises and falls with major forex. It can almost be described as trading like a currency versus the dollar. Gold negatively correlated to the USD

One of the key reasons why the chart of Gold trading is closely aligned with moves on major forex is that its negative correlation with the USD is particularly strong right now. On a 12-month period, the average correlation is -0.27. However, this also includes an 8-week period just after the breakout of war in Ukraine when the USD and gold were both benefitting from being safe-haven assets. This would suggest that the stronger the USD gets in this bull run, the further the gold price will fall.

In the months to come, possibly closer to the end of 2022, the outlook of USD strength may begin to correct. This is likely to be as the timing for Fed rate cuts gets closer and the message from the Fed turns less hawkish. A correction in the USD would likely be a driving factor behind a gold rally. However, for now, the outlook for the USD remains strong and therefore is corrective for gold.

Technicals show key support at $1750 to be tested

We have seen a sharp move lower on gold today. A clean break of the support at $1784 has taken Gold (XAUUSD) to its lowest level since December 2021. This brings gold deep into a band of support from $1752/$1786. Given the confirmation of negative momentum on the RSI, a test of the $1752 December 2021 low is now likely. The question is of how this breakdown impacts the trading strategy. We believe that this accelerating move has been developing in recent sessions, to culminate in this breakdown. However, we are cautious of chasing the move much lower from here. The RSI is at 30 and is looking historically stretched. This may induce a near-term pullback within the four-month downtrend.

We would be looking for a failed technical rally, potentially in the overhead supply of $1784/$1805 area to look for selling opportunities. The downtrend comes in around $1830 and any move that helps to unwind the stretched RSI towards 40/45 would likely be something that induces further chances to sell. A move above $1840/$1845 resistance would be needed to sustainably improve the outlook again.