Ahead of the Thanksgiving holiday, there has been another leg lower in the USD correction after weaker-than-expected US Flash PMIs and dovish FOMC minutes. This has also helped to support broad market sentiment.

The corrective trend on the USD has been given further impetus. Initially hit by higher-than-expected weekly jobless claims and a very disappointing set of US Flash PMIs, the move was further fuelled by the minutes of the November FOMC meeting. Markets have been positioning for a less hawkish Fed in recent weeks (hence the USD correction and more positive risk appetite). With “a substantial majority” of Fed members believing that slowing the pace of rate hikes “would soon be appropriate”, markets are being emboldened in their view. This was the headline takeaway, but this is just regarding the speed of the hikes. There were still “various” members who see the peak in rates (the terminal rate) being higher than previously thought. For now, though, markets are content in the knowledge that the Fed is highly likely to be less aggressive (probably a 50bps hike) in December.

There is a slightly subdued feel to markets this morning, despite the edge of positive risk appetite from the Fed minutes. It is Thanksgiving today, so US markets are shut and with thin liquidity, we are likely to see reduced volatility. Many traders will be taking an extended break over the weekend, with US markets only open for a half day tomorrow. We can expect the thin liquidity to last until next week.

With the US on Thanksgiving, it is a quiet economic calendar today. The only announcement of note will be the ECB minutes for the October meeting. Traders will be watching for the strength of wording pointing to the size of the next hike.

Market sentiment is leaning risk positive, by slightly subdued: USD is lower again this morning, but moves seem to be relatively contained.

Japanese flash PMIs disappoint: The flash PMIs have all come in weaker than expected in November and are broadly into contraction. The Composite PMI has fallen to 48.9 (from 51.8) missing the expected 51.7.

Fed ready to slow rate hikes “soon”: According to the minutes of the November Fed meeting, a “substantial majority” of the FOMC said that it would “likely soon be appropriate” to slow the pace of rate hikes.

Cryptocurrencies continue to recover: Crypto has rebounded in the past couple of days and tokens are higher again today. Bitcoin is +0.5% at $16550, with Ethereum +2.5% at $1198.

Forex : USD underperforming again on major forex. The JPY is the main outperformer. 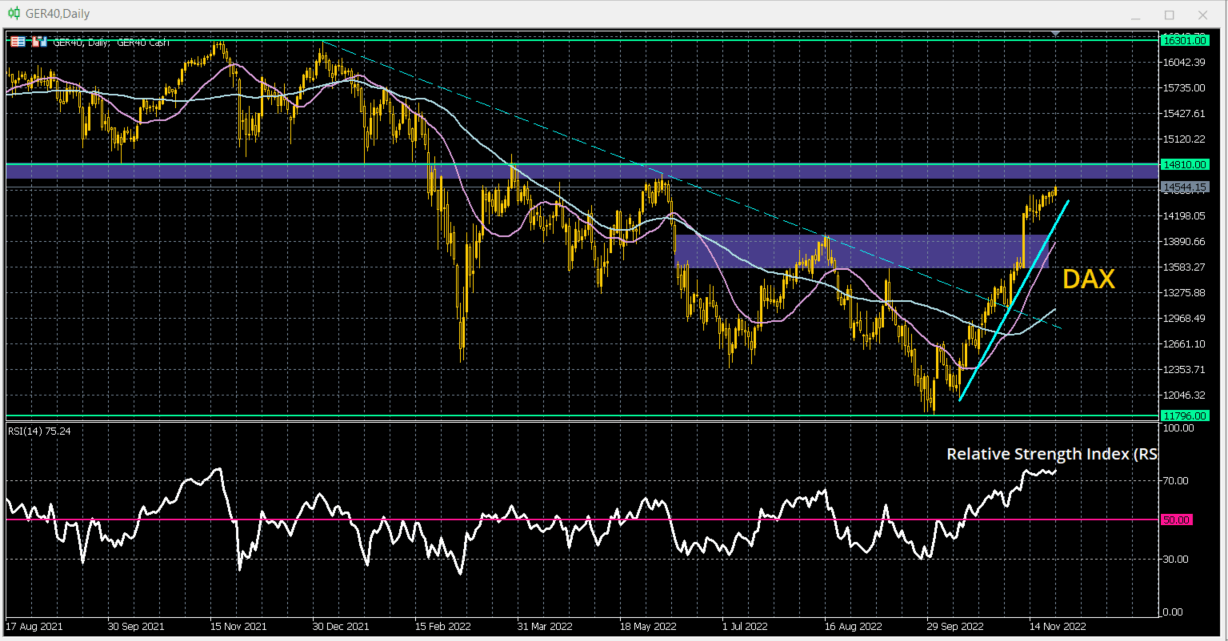 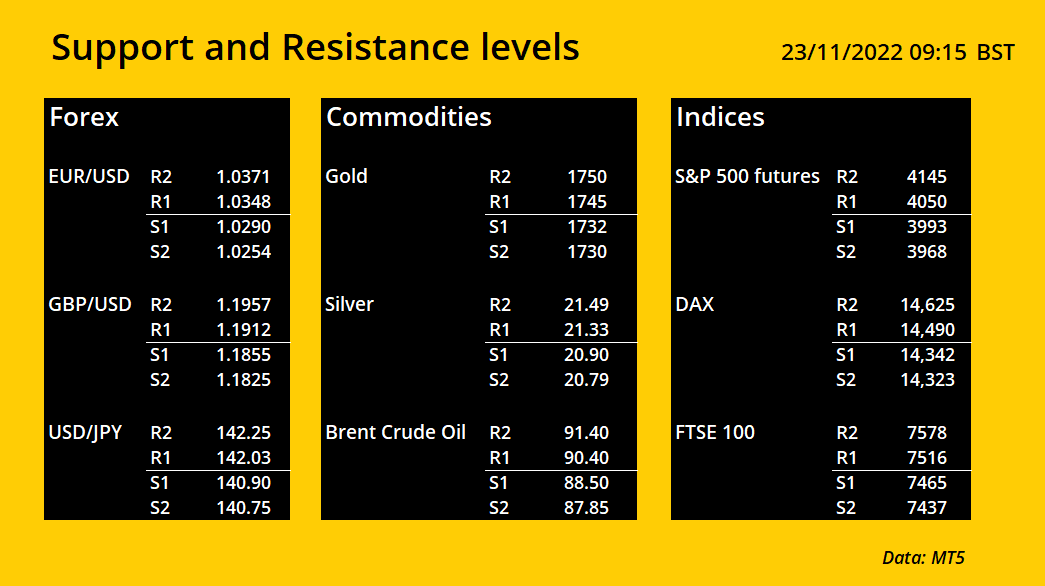