Espresso Morning Call: USD sliding amid fallout from US CPI

The huge selling pressure on the USD in the wake of the lower-than-expected US inflation shows little sign of reversing yet. Positive risk appetite has been helped by news of China relaxing some COVID protocols. 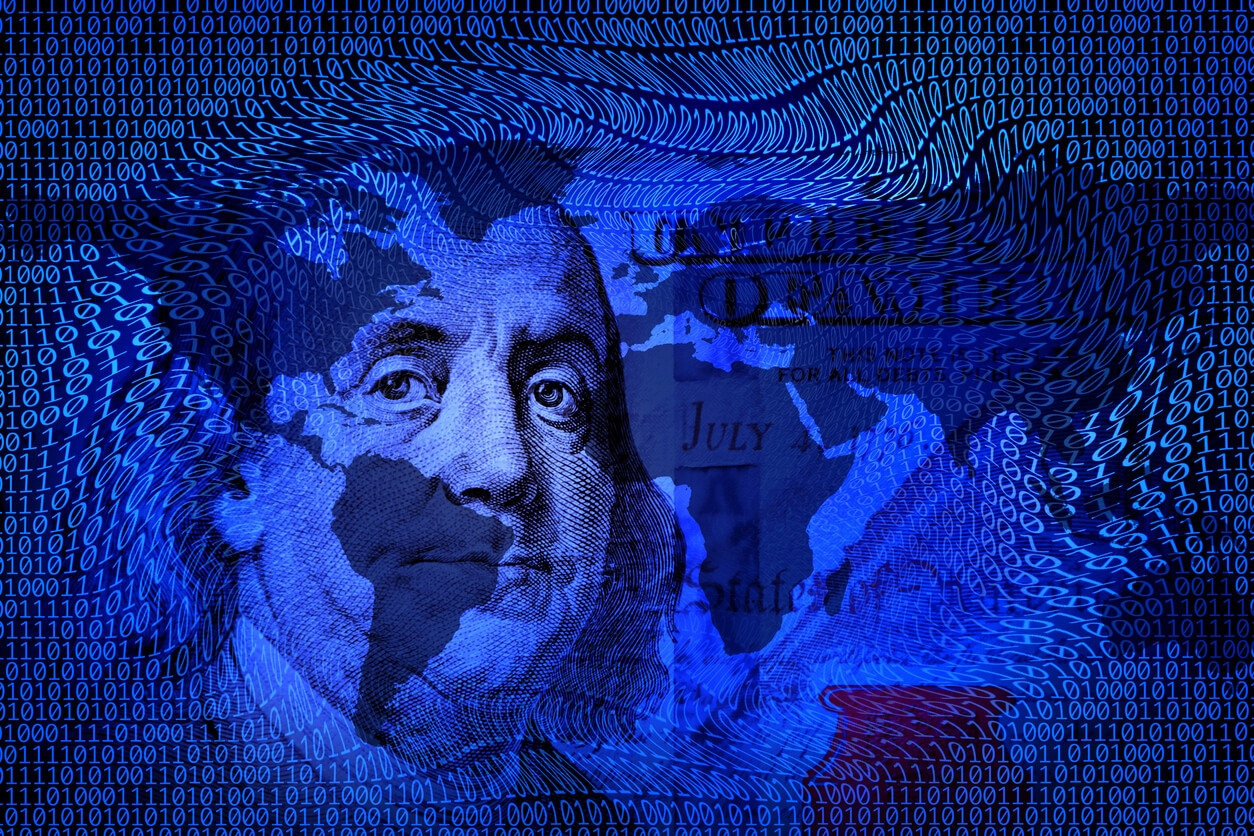 US headline CPI has been tracking lower for several months, but with the core CPI surprising to the downside and tracking lower, there are real signs that inflation is now falling. There is much to be done to get back to the 2% target, but these are encouraging signs. It leaves room now to build for a less hawkish Federal Reserve, with perhaps an earlier end to the hikes and a lower terminal rate. We now watch for how Fed members respond in the coming days.

In the near term, there has been a massive shock to the long USD trade that has dominated major markets throughout 2022. Sharp selling pressure yesterday continues this morning. A significant risk-positive bias has also taken hold. This has been extended too by news from China of an easing of COVID restrictions. With US bond markets shut today for Veterans Day public holiday in the States, the momentum of these moves can be sustained.

With the US on public holiday today the economic calendar is a little quiet. However, despite the holiday, there is prelim Michigan Sentiment to look out for. Consensus has fluctuated in recent days but is settling on an expected slight deterioration in November. Traders will also be watching the inflation expectations component, especially in the wake of lower CPI readings.

Market sentiment has turned sharply positive: USD selling continues, with commodities and indices higher. Volatile swings on crypto continue have seen prices turning lower again. This is not weighing on sentiment for now.

Treasury yields fall sharply: After the US CPI fell more than expected yesterday, Treasury yields have fallen sharply (the largest fall in more than 10 years). The 10-year yield fell -33bps yesterday and the 2-year yield by -30bps. US bond markets are shut for Veterans Day today.

China relaxes some COVID protocols: The National Health Commission in China has cut quarantine protocol from 7 days to 5 days. It has also cut travel quarantine conditions for inbound travellers from 10 days to 8 days. This has acted as another boost for risk appetite.

Cryptocurrencies volatility continues: After some enormous rebounds yesterday the sharp moves are still not done yet. Crypto recovered all of Wednesday’s huge decline but remain significantly lower on the week. Prices have turned back lower again today with Bitcoin -3% at $17250 and Ethereum -4% at $1263.

US Veterans Day today: It is the Veterans Day public holiday for the US today. US bond markets are shut. We can expect lower liquidity on forex and potentially erratic volatility.

Broad outlook: The massive turn to a positive risk appetite is holding this morning.

Forex: Massive USD selling yesterday and continued underperformance this morning against major forex. AUD and EUR are leaving the outperformance.

Indices: Wall Street has made enormous gains, it now needs to hold on to them. The DAX remains the big outperformer, with FTSE positive but slightly lagging. 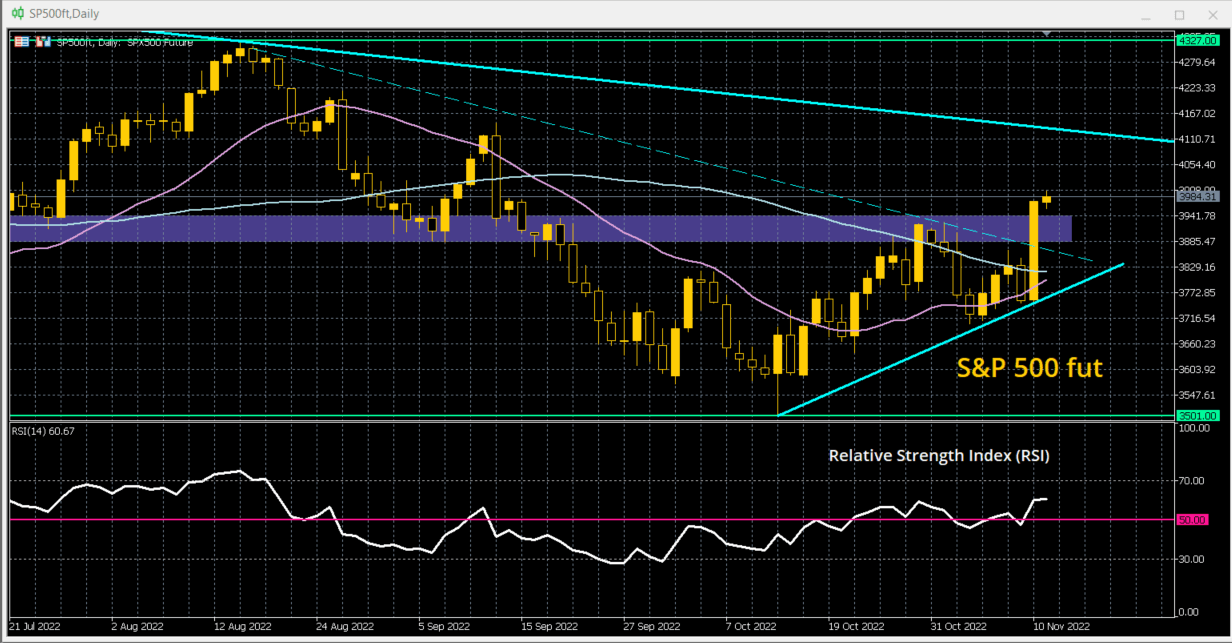 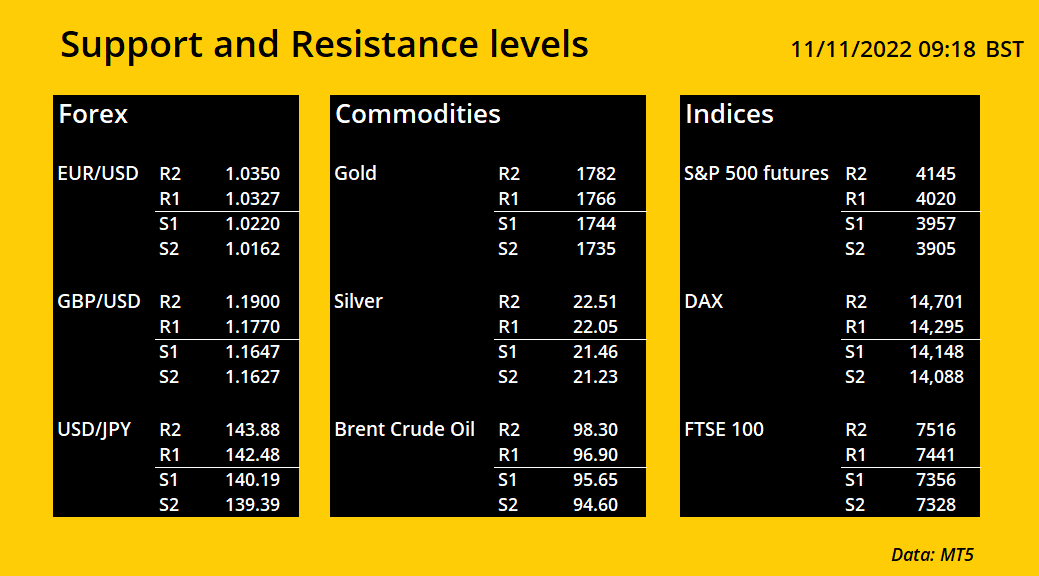