Home / IX Intel / Week Ahead: A raft of major central banks in focus

Week Ahead: A raft of major central banks in focus

With five major central banks ready to update on monetary policy in addition to two in Latin America, we expect to see volatility levels elevated this week. All eyes will be on the asset purchases of the Fed and ECB. 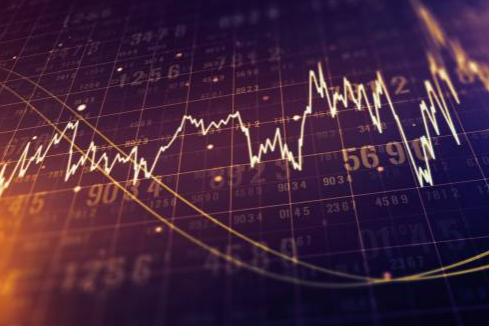 The run-up to the holiday period is always hectic and no more so on the economic calendar. There are five major central banks this week, including the Fed and the ECB, in addition to two more in Latin America. All eyes will be on whether the Fed increases the pace of its tapering of asset purchases, what the ECB does with its asset purchases and whether the Bank of England once more rows back on a potential rate hike. As if that is not enough, you can add in a clutch of tier one UK data and the flash PMIs for major economies. Trading volatility is likely to pick up once more.

On a week packed with tier one data, the Federal Reserve monetary policy announcement takes center stage. After Fed Chair Powell’s recent congressional testimony alluded to increasing the pace of taper of asset purchases, this will be the key decision for the FOMC. The current monthly reduction of -$15bn could be increased to -$20bn (which would end asset purchases by April) or even -$30bn (to end asset purchases by February). Increasing the taper to -$30bn would be hawkish. Traders will also be looking for any changes to the “dot plots” of interest rate projections, with a focus on how many for 2022 and also whether the terminal rate is increased from +2.50%.

Further tier-one data releases include the US Retail Sales and Industrial Production. Despite Black Friday, retail sales had a dip in November 2020. The November core sales are expected to come in at +1.1% on Wednesday, which would reflect the health of the retail sector moving towards Christmas. Industrial Production is expected to increase by +0.7% for the month which would maintain year on year production just above 5%.

Of the four other major central banks updating this week, the European Central Bank will take the most interest. Traders are expecting an update on how the ECB will arrange asset purchases after the PEPP emergency QE expires in March (which is around €70bn per month). The ECB will likely increase the existing APP program from €20bn per month. How the Governing Council guides on this will be key. Will it be for a limited time (to the end of 2022) or with no set end date?

UK inflation is expected to continue to increase. This will make the job of the Bank of England even harder. A little over a month ago, traders had positioned for the Bank of England to be on course to hike interest rates at the end of 2021. However, after last month’s dovish disappointment and now Omicron uncertainty, consensus expectations have been pushed back to February at the earliest. Look for the MPC voting of not only rates but also asset purchases. This could be where the market moves.

Inflation is a big problem for central banks across Latin America. The Central Bank of Chile has a range of tolerance between 2% and 4%. Inflation is running up at 6.7%. The central bank hiked by 125 basis points at the last meeting and is expected to hike again this month. The Chilean peso outperformed Lat Am counterparts in the wake of the surprisingly large rate hike in mid-October, however, has since plunged again. Another decisive rate hike could help to support it again.

The Central Bank of Mexico is also fighting against elevated levels of inflation. The bank has been raising rates at 25 basis points in each of the past few meetings. However, inflation accelerating away and is running ahead of the 5% current interest rate. Core inflation increased to +5.7% in November (from +5.2% in October), with headline inflation up at 7.4%. Will this push the central bank into a +50bps hike?