Markets are reacting to the Russia/Ukrainian conflict with a flight to safety. This move will not last. 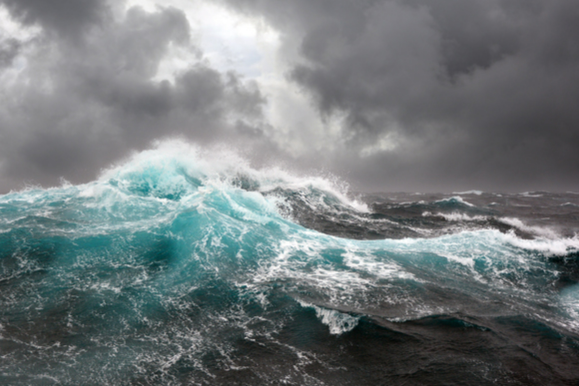 After weeks of negotiation and build-up, with the two sides exhibiting various degrees of threats, denials, and subterfuge, Russia has finally made its move. Russia has sent its troops and heavily armed vehicles into Ukraine, whilst simultaneously firing missiles at Ukrainian military targets. Not being geopolitical experts or having in-depth knowledge of the local politics in the region, it is difficult for us to say how this situation will play out. However, the market response to a war or “conflict” is something that we can have more of a considered view on.

Trading war scenarios tend to come with a fairly standard formula. There is a period of initial knee-jerk selling on anything deemed to be of high risk. This coincides with a flight to safety. In major markets, this means:

However, we also see that there are more nuanced moves too. The oil price has shot decisively higher. Both Brent Crude and US West Texas Intermediate oil are up over +8% on the day and are trading above $100 now. Russia is one of the biggest oil producers in the world and markets are playing on the prospect that sanctions could hit Russian oil sales.

We are also seeing the underperformance of the euro (EUR) in the forex space. The EUR is far more towards the haven end of the spectrum. However, this underperformance could be a sign of things to come for EUR

EUR underperformance in the move lower

The EUR is the worst-performing major currency today. We believe that this could be a feature of the trading in the coming weeks.

Conflict in Europe will bring with it disruptions to economic activity. Supply lines could be affected. Already there are reports of supply routes for wheat being blockaded by the Russians. According to some experts, Ukraine is considered to be the “breadbasket of Europe”. Prices of wheat and corn have been climbing between +12% and +15% this year. These prices could continue to climb, adding further pressure on the European consumer.

Russia holds a large proportion of its near $500bn foreign exchange reserves in EUR (and GBP). As a defense against the sanctions imposed, Russia could start to sell reserves. This would likely involve selling a lot of EUR.

Adding further fuel to the potential selling pressure on EUR includes the significant exposure that European banks have with Russia (Italian and French banks are each owed around €22bn of Russian debt). Germany exports around €23bn of goods to Russia.

The close trade and energy ties that the EU has with Russia are a key reason why EUR will underperform during the sell-off.

Downside moves will be priced in quickly

This may all seem extremely negative for investors. However, in a war (or conflict) scenario the worst case moves are quickly in. This allows markets to quickly bottom out, before invariably embarking upon a recovery.

Here are a few charts showing the impact of war on Wall Street’s main index, the S&P 500. The main caveat to note is that markets are already facing the prospect of the Federal Reserve drastically tightening monetary policy in the coming months. The flip-side to that argument is that perhaps it makes a few of the FOMC voters a little more cautious on the pace of tightening policy.

The spikes will reserve

It may seem difficult to believe now, but the spikes will reverse in due course. As participants fully price in the worst-case scenario, markets will reach the nadir of selling pressure. Recovery will then set in.

However, we believe that if this caption of asset performance is taken this time next month, it would likely be close to a mirror image. The war premium in commodities tends to be short-lived. The spikes higher on gold and oil will reverse, whilst indices will rebound.

The question is whether the recovery in equity markets will be sustainable. For that, we will need to see how the major central banks respond to the Ukrainian crisis. If the pace of monetary policy tightening is reined in, it could allow a strong recovery on indices to take hold.