Week Ahead: Focus on US Retail Sales and tier-one UK data

Can US Retail Sales and Industrial Production help to support an ailing USD? Elsewhere, GBP traders will wade through a flood of tier-one UK data. 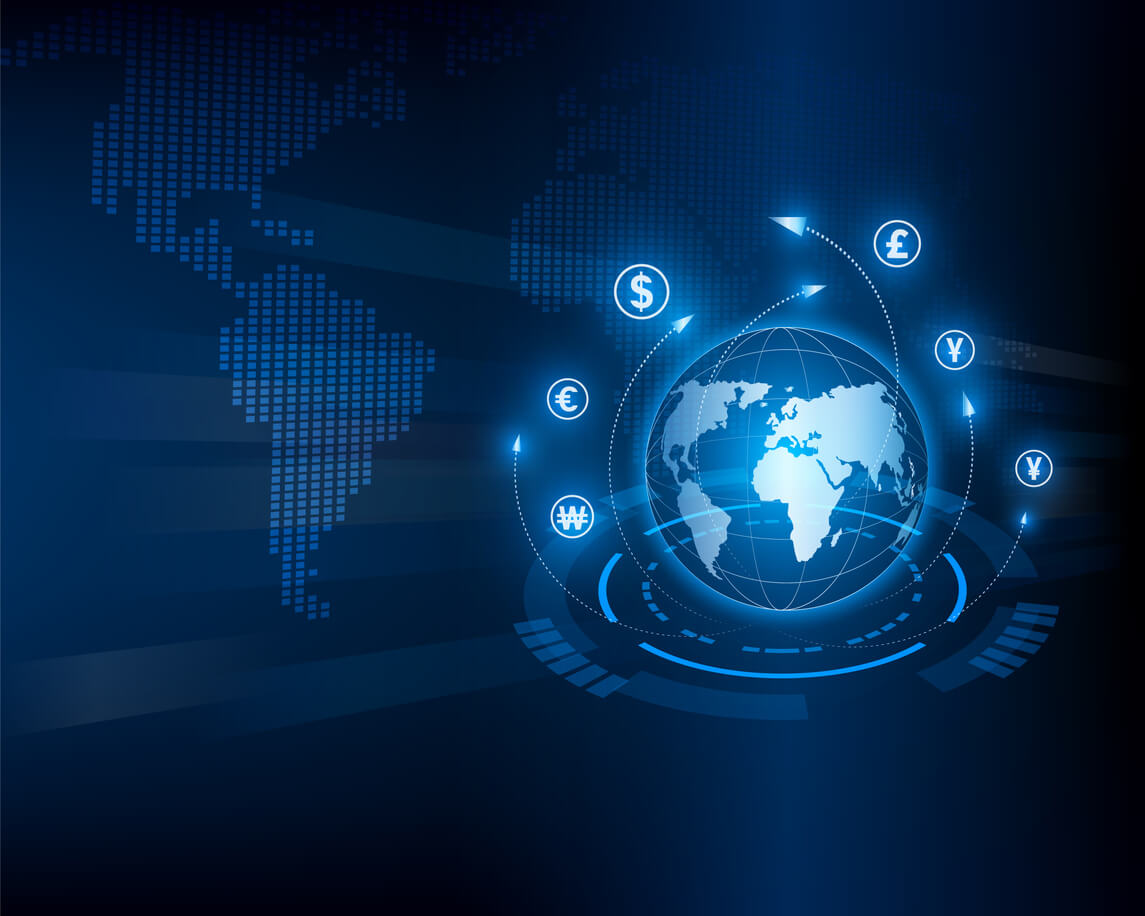 The focus is increasingly turning to whether US data continues to paint a picture of economic slowdown in the US and increase speculation of a Fed pivot. US retail sales and industrial production will add more meat to the bones this week.

Elsewhere there is inflation and Q3 GDP for major economies. A raft of tier-one UK data will paint a picture of how tough the job is for the Bank of England to manage the economy through growing recession pressures. 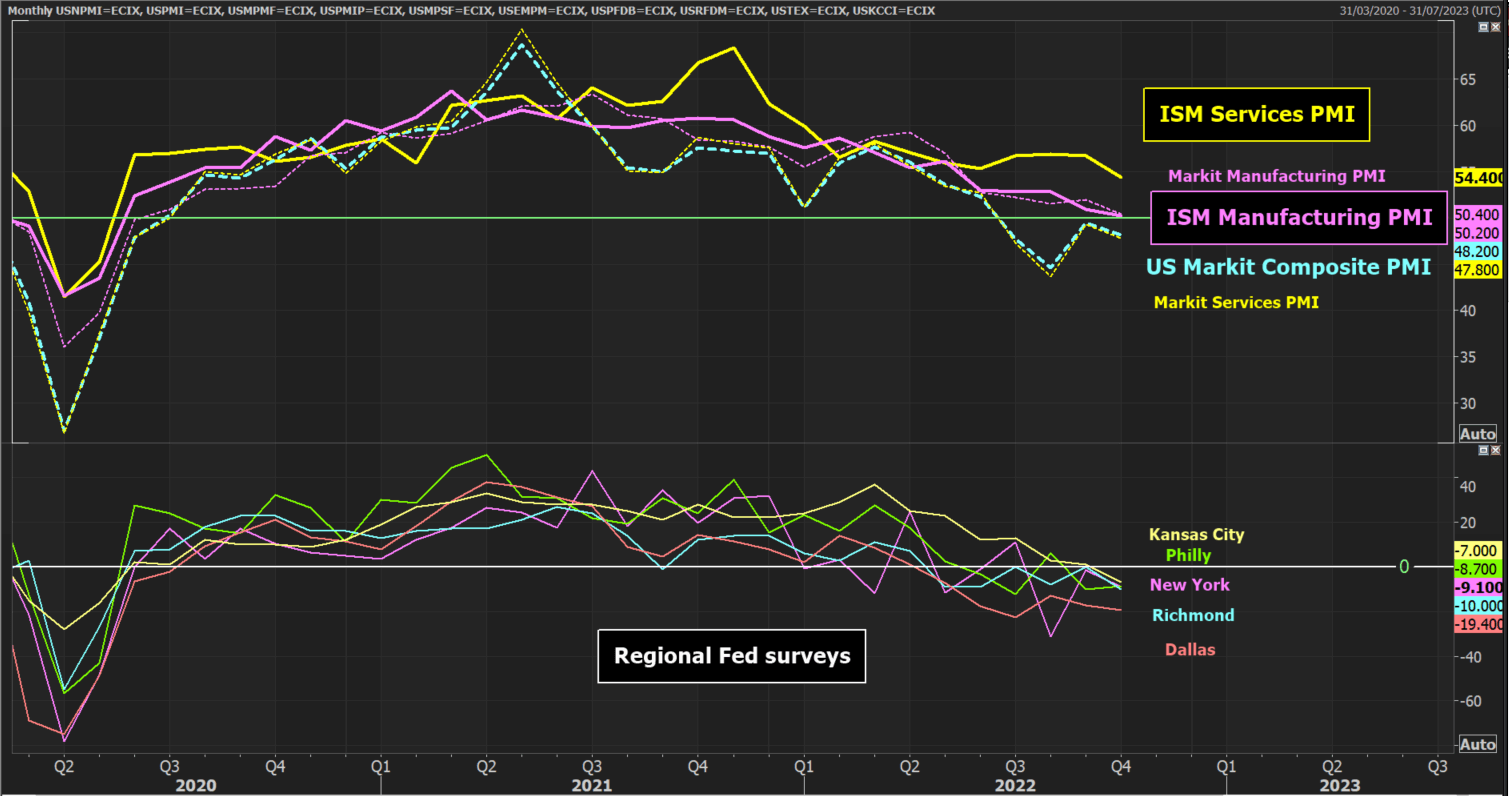 According to the latest FOMC meeting, the Fed is data-dependent. After months of surprises to the upside, last week’s surprise drop in CPI inflation has cemented expectations that the Fed will now begin to scale back on its aggressive policy tightening. Already we are seeing Fed Funds futures scaling back the terminal rate expectations to well below 5%. Subsequently, the momentum is certainly now with a USD correction on major forex pairs and could continue this week. Housing data continues to disappoint to the downside, whilst retail sales are expected to show only marginal growth.

However, given the inflation negative shock and subsequent market reaction, it will be worth keeping an eye on how Fed speakers react this week. In the November FOMC, Fed Chair Powell was at pains to emphasise it was not the pace of travel but the destination on the terminal rate that matters. Speakers reacting to the CPI print could be important to frame what is seen as a shift to a less hawkish Fed. USD moves will be reactive.

CAD is rallying (although not as much as other major currencies) as the USD has slipped. However, with the Bank of Canada already more cautious in its monetary policy CAD traders will be watching Wednesday’s Canadian inflation reading with keen interest. If Canadian inflation follows that of the US, then there could be a volatile swing back lower on CAD.

There has been a decisive rally in commodities over the past week. Even before the soft US CPI print, there was a drive higher that was developing. However, with US inflation falling, US Treasury yields have fallen sharply. This has pulled real yields lower and if this continues, it will fuel further rallies for precious metals such as gold and silver. The risk is that there is potential for a sharp unwind from near-term overbought positioning if there is s swing in sentiment. However, we would now see weakness as a chance to buy precious metals.

Oil has failed in its recovery but the prospect of a less hawkish Fed monetary policy will help to encourage oil demand. With trading sentiment also on the upswing, this helps to underpin oil in the near term at least.

The enormous rally on Wall Street that came from the lower-than-expected US inflation shows how finely tuned stocks have become to the Fed pivot narrative. Massive outperformance of the high-growth NASDAQ versus the more defensive Dow leaves scope for a significant tech rally if the market hangs on to the prospect of an earlier Fed pivot. 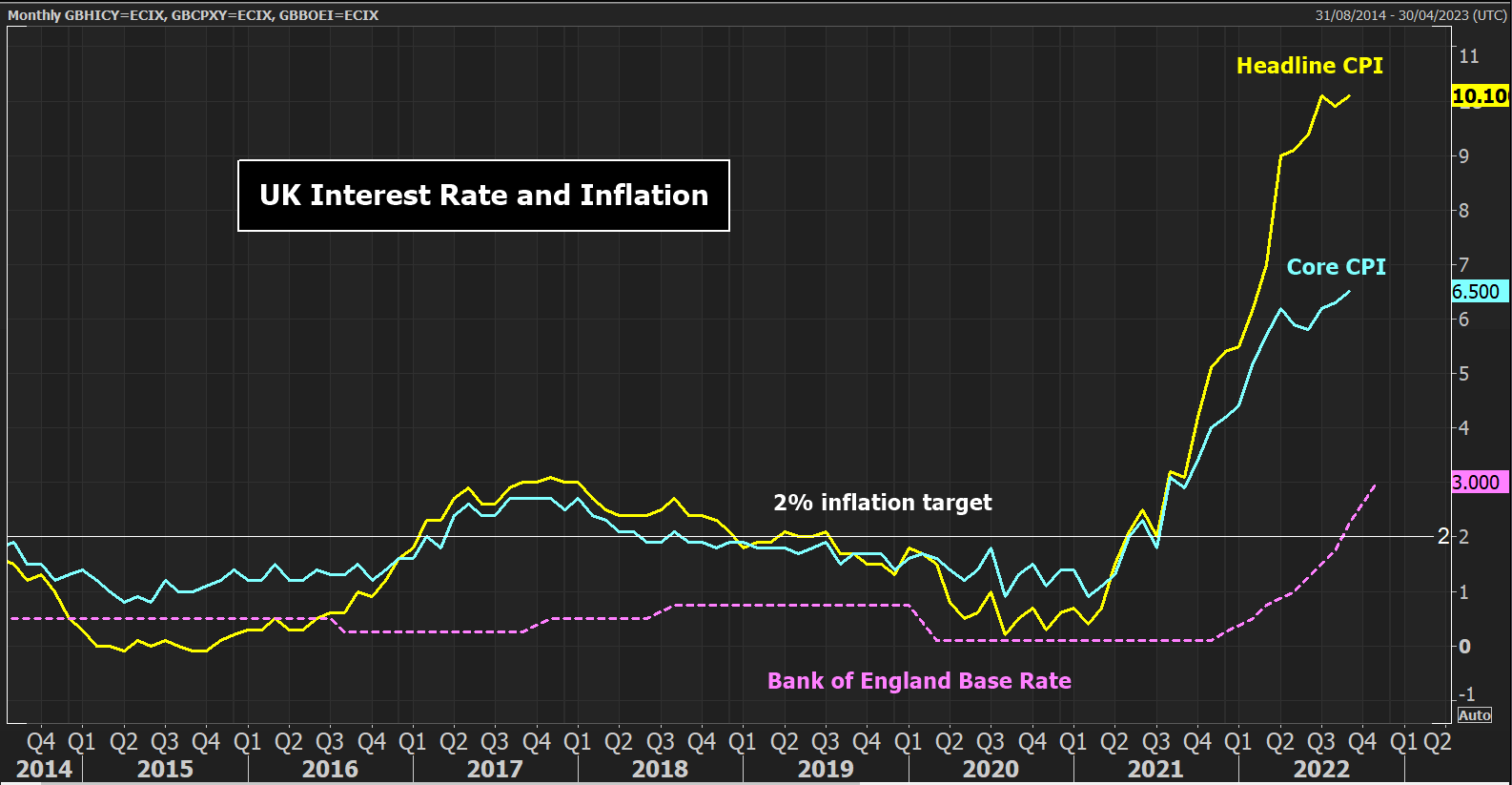 As the outlook for Fed rate hikes is scaled back, the hawkish noises from the ECB will take on more meaning now. The EUR is benefitting from the USD retreat on EURUSD, however, on its major crosses, there is less to be happy about as JPY, GBP and AUD all benefit from being hit so hard by previous USD strength. There is not much Eurozone data to help the EUR this week (aside from the German ZEW, which are second readings for inflation and growth). Subsequently, we watch out for any hawkish ECB speakers to boost EUR.

GBP has rebounded amid the USD correction. However, there is plenty of tier-one UK data that can derail the relative recovery of GBP this week. The Bank of England expects inflation to be peaking in the next month or so and it will be interesting to see if the early signs of it come in October’s data. Wage growth is expected to continue to rise which would help the consumer but adds to the inflation dynamics further down the line. Retail Sales are set to remain awful and will only add to the recessionary concerns that are expected to show negative growth in Q3.

European indices have been outperforming Wall Street due to the lagging tech sector in the US and the weight it has on the S&P 500. The DAX has been leading the European markets but if there is a pullback, we may see some corrective pressure. FTSE 100 remains the least volatile of the major indices.

The JPY has been the best-performing major currency in November. This has come as bond yields for major economies have started to fall and spreads with the perennially static JGB yields have tightened. If yields continue to fall, we can expect the JPY to continue to recover on the XXXJPY major crosses.

AUD performance has been seeing relative underperformance as the Reserve Bank of Australia has been more cautious recently. However, it has clawed some of this back in the wake of the big USD correction. A less aggressive Fed is supportive of risk appetite and therefore the AUD benefits from this. If markets continue to take this line, then a rally on AUD can continue.

The NZD has been consistently outperforming the USD for the past month, even before the recent USD correction set in. As other majors have played catch up there has been a slightly less impressive performance from the kiwi. Furthermore, it will be interesting to see how it performs if and when the RBNZ joins other central banks and begins to ease off the tightening rhetoric. For now though, performance remains strong. 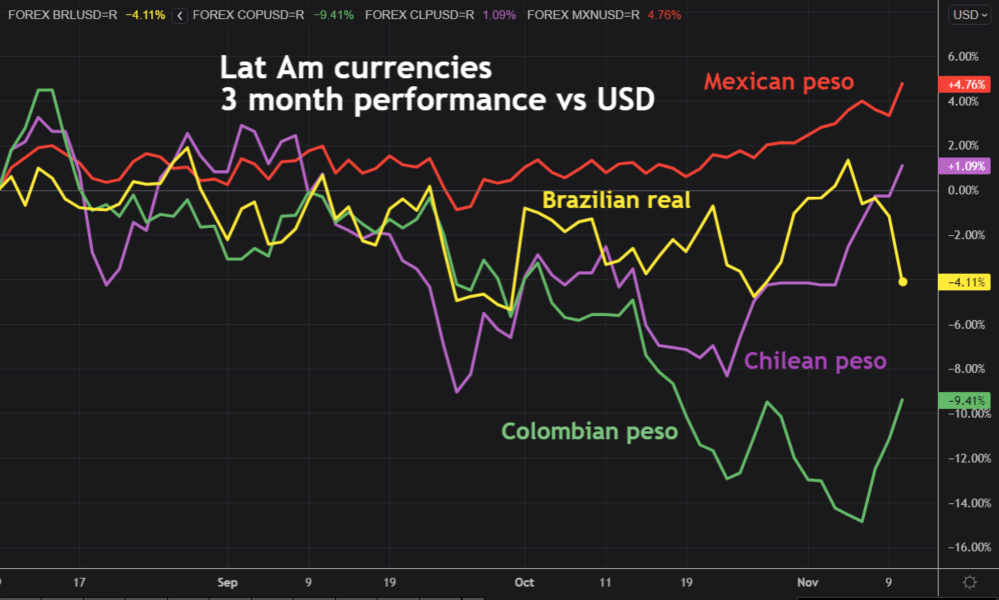 BRL has lost some of its mojo in the past week. Despite USD correcting sharply, the BRL has fallen decisively. This has come despite LatAm currencies such as the pesos of Chile, Colombia and Mexico all rallying strongly. Brazilian government bond yields have stayed relatively high as the yields of other LatAm countries have dropped. This could be a function of the outlook for the new Lula Government. This will be worth watching in the weeks to come. There is no data of note this week.

The grind higher of strength and performance of the MXN continues. With inflation turning lower, government yields have dropped to one-month lows and are tracking lower to 9.6% on the 10-year. This will be a welcome sign for the Mexican Government too.