A new type of Latin American crypto trader is significantly boosting the growth of UK-based trading platform INFINOX, according to their latest quarterly figures. 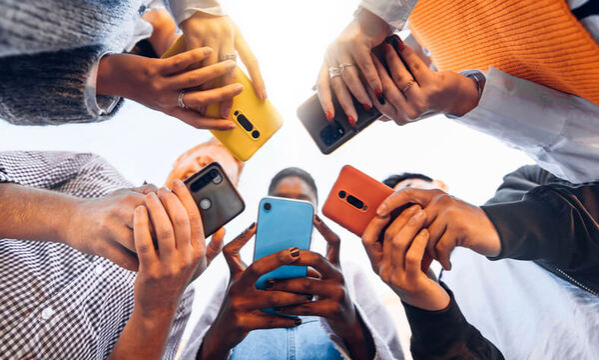 While new sign ups (for all types of trading accounts) within the past year grew at almost the same rate both in Latin America (240%) and globally (216%) Latin America also saw a similarly impressive YoY growth rate in new sign ups for its social trading platform IX Social (234%).

“What this latest Q3 data is showing us is what we’ve been seeing for a while now across our IX Social accounts in Latin America: their growth reflects the emergence of a type of ‘new trade’ movement,” comments Ulas Akincilar, INFINOX’s Head of Trading.

"This fits the profile of Latin Americans fuelling this ‘new trade’ movement."

Akincilar explains, “Our IX Social account offers a more collaborative approach to trading. For example, users can ‘like’ certain trades of the traders they follow, post comments and communicate directly with other traders they are following to learn why they made particular decisions.”

He continues, “It also allows traders to create their own groups and mini-communities where they can exchange information, educate others, or even just trade with their friends. This fits the profile of Latin Americans fuelling this ‘new trade’ movement, in that they tend to be younger, less competitive, in many cases less male-oriented and more open to learning as well as earning. In one sense, it’s the absolute antithesis of traditional trading where insights and information are withheld for profit. With social trading both expert traders (with the information) and less experienced traders are gratified - the latter through incentives based on the number of traders who follow them, while the latter benefit from proven market experience. New trade is a genuine win-win scenario. ”

To take the example of crypto trading, while Latin American traders have been attracted to crypto trading for many different reasons, some common trends have also emerged. They tend to trade in crypto not to get rich quick but as a way to beat inflation, local currency weakness and diversify their holdings.

"Peru, for example, is considered by the United Nations Conference on Trade and Development (UNCTAD) to be among the 20 countries that trade the most in cryptocurrencies. It is one of the countries that has been growing steadily over the last year.” Akincilar adds.

On the other hand, the monthly movement generated by cryptocurrencies in Ecuador is calculated at $15 million, on average, in 2021. That figure represents double what was registered last year, according to data from APP Economy.

In Colombia, despite the rise in August, the quarter ended with declines in the Colombian Peso to US$ exchange rate, not least due to the fact that September’s interest rate hike was actually lower than expected (and, in market terms, required, to stifle inflation). Despite this, the Colombian peso (in common with many Latin American currencies) are still performing better than their ‘developed’ economy counterparts such as the Euro, the UK pound and the Japanese yen.

"We’re expecting to see a lot of Latin American traders using their ‘new trade’ community to propagate knowledge on how to perform ‘carry trades’ and other ways to take advantage of interest rate differentials."

INFINOX’s own market analyst Richard Perry recently warned of tough times ahead for Latin American economies as the dollar continues to strengthen into Q4, putting pressure on commodities, which make up 70% of Latin American exports. Interestingly, while Brazil hasn’t suffered the high inflation and currency weakening of Argentina, it has recently become the largest crypto market in Latin America, receiving $150 billion of the $562 billion of cryptocurrencies traded in the region between July 2021 and June 2022.

“In Brazil we are seeing a different style of trading than in Argentina and Colombia, for example. Brazilian traders are more interested in investing in value and long-term growth, as opposed to hedging against inflation and currency volatility, for now,” comments Akincilar. “However, they are still attracted to our Social IX platform as they share the same ‘new trade’ traits of being sociable, community-oriented and often working remotely, and in the digital and knowledge economies.”

“Due to the relatively high-performing currencies of Brazil and Mexico, we’re expecting to see a lot of Latin American traders using their ‘new trade’ community to propagate knowledge on how to perform ‘carry trades’ and other ways to take advantage of interest rate differentials.” Akincilar adds.

“Whatever happens in Latin America over the next quarter in political terms, the region’s social, educational and community-based attitude to trading will continue to fuel a totally new type of environment that can take advantage of both inflation, deflation, growth and recession, while continuingly increasing the wealth and knowledge of our ‘new trade’ community,” concludes Akincilar.