Bank of England bond buying is a stop-gap, but risks remain

The Bank of England stepping in to stabilise the UK Gilt market has restricted systemic risk and the risk of contagion. However, the risk of escalation remains. 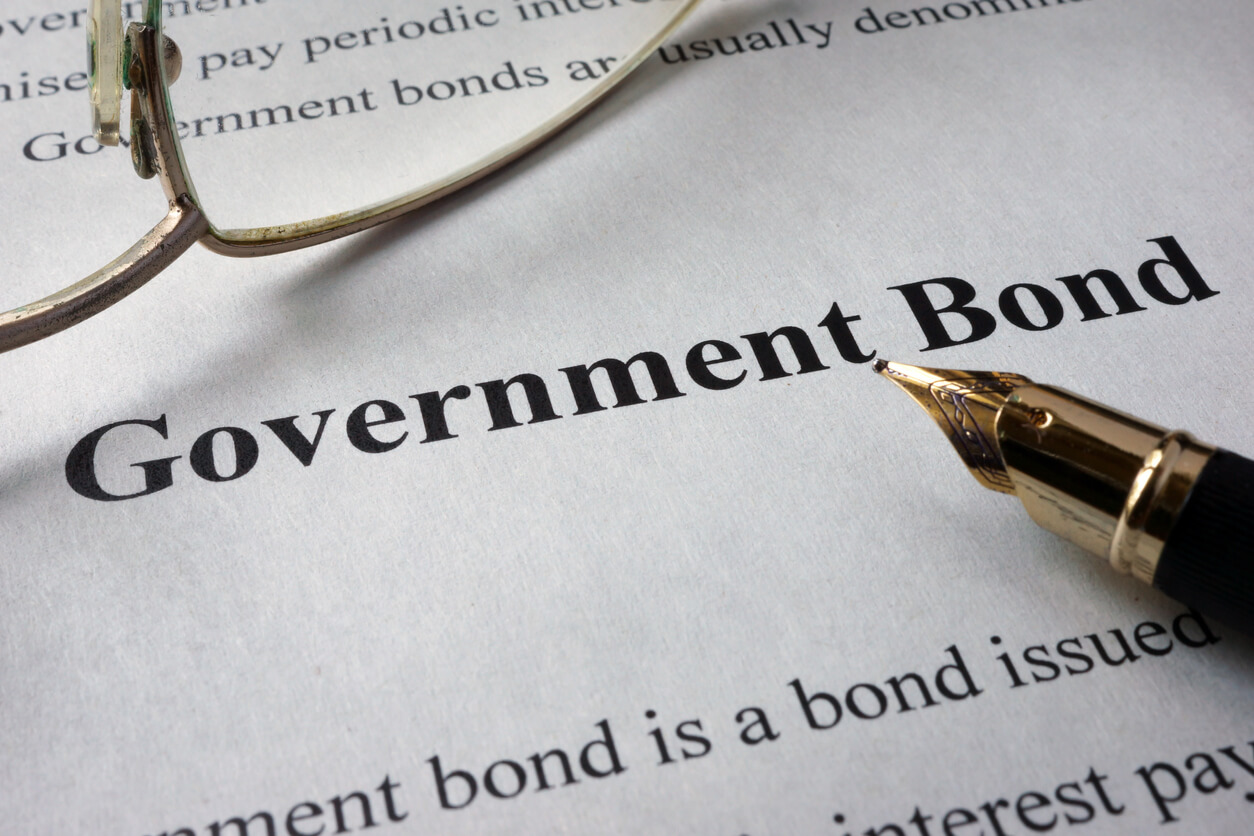 In the days since the UK Government’s fiscal announcement last Friday, UK assets have been subjected to a tidal wave of sell orders. The disorderly selling of UK Gilts forced the Bank of England to step in yesterday to protect UK pension funds from moving into liquidation. We look at the implications for markets.

The BoE is forced to act

As recently as last Thursday, the Bank of England said that it would require a significant hurdle to prevent it from engaging in Quantitative Tightening. A balance sheet reduction would come as part of the monetary policy tightening needed to reduce inflation.

However, less than 24 hours later, the UK Government, led by a new Prime Minister (Liz Truss) and Chancellor of the Exchequer (Kwazi Kwarteng) announced a swathe of unfunded tax cuts (c. £45bn) in an attempt to boost the economy. The response of financial markets was bordering on savage. With a flood out of UK assets, Gilt yields spiked higher and GBP slumped.

Criticism has come from all corners, with the IMF issuing a stinging rebuke that Larry Summers (the former US Treasury Secretary) said was normally reserved for maverick emerging market governments.

However, on Tuesday, the situation got extremely serious. UK bond markets were seeing a disorderly sell-off. Selling bonds drives the yield higher. The 30-year UK Gilt yield spiked from 3.5% to over 5% in less than a week. 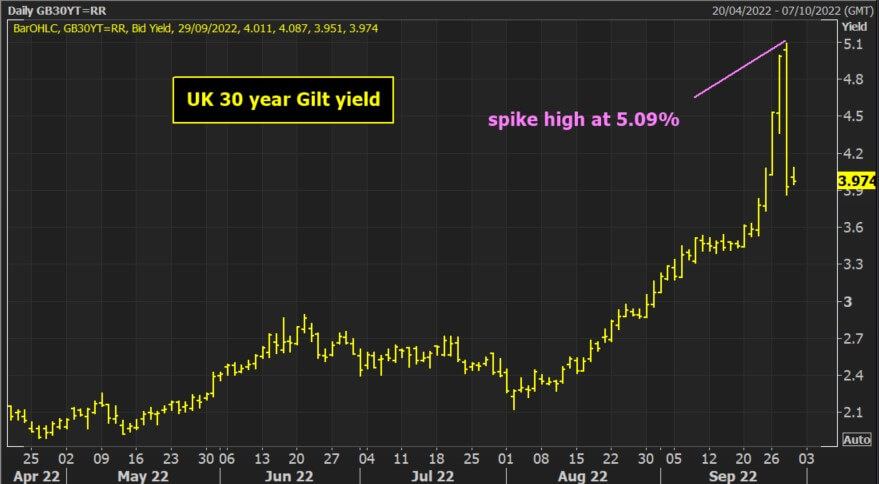 The collateral that pension funds (longer-dated UK Gilts) put up has more than halved in value in a matter of weeks. With UK pension funds at risk of liquidation, the Bank of England has had to step in. It has subsequently announced an emergency bond-buying programme.

The Bank of England will buy up to £5bn of Gilts (with a maturity of over 20 years duration) every weekday between the 28th September and 14th October. However, the terms could be adjusted at any time.

Although, for now, the BoE says that it will continue with its plan to engage QT from the end of October, this buying programme will put this move in serious doubt.

A move that helps to restrict contagion

International markets cheered the move. Risk appetite rebounded strongly. The risk of contagion of a disorderly breakdown of the UK bond market has a contagion risk. The BoE move has helped to restrict this risk of contagion.

However, there has been a move back higher this morning. Investors will need to weigh up what this all means. If the Bank of England can edge back from its hawkish position, will other central banks? The ECB will certainly be watched, with the sharp move higher in Italian bond yields, especially in focus.

There is certainly a feeling that markets are not out of the woods yet. Looking at the UK alone, currency options volatility remains elevated. The 1 month GBP/USD options volatility is the highest it has been at any time since Brexit. That includes COVID.

For now, the BoE move has helped to stop-gap the market for UK Gilts. Yields are lower across durations. However, yields remain elevated and are higher again this morning.

No movement on the UK Government’s fiscal stance, yet

As we write this report, there has been no sign from the UK Government that there will be any back-tracking or u-turn. The calamitous fiscal statement from last Friday that caused this whole mess, is still set to be policy moving forward.

However, political pressure will just continue to grow. There will be an announcement on the Government’s plans for debt reduction in November. However, the pressure and criticism from all sides of politics in the UK will be enormous in the weeks running up to that announcement. A watering down of the unfunded tax cuts, maybe also including a windfall tax on energy companies would be welcomed.

With expectations of the Bank of England interest rates shooting ever higher, the impact will be enormous on the UK economy. Mortgage rates and borrowing rates for corporates are shooting higher too. UK assets remain under enormous pressure and if the sell-off on Gilts resumes then the Government may be forced into a massive climbdown.

GBP has spiked around for several days now. The outlook for GBP/USD remains highly uncertain. However, the key low at 1.0328 will be an obvious benchmark now. We will also be looking at the potential for a higher low at 1.0540. If sentiment can improve (Gilt yields remain under control) then a move above the rebound high at 1.0930 can potentially hold. This would open the prospect of an unwind back towards 1.1200/1.1350. 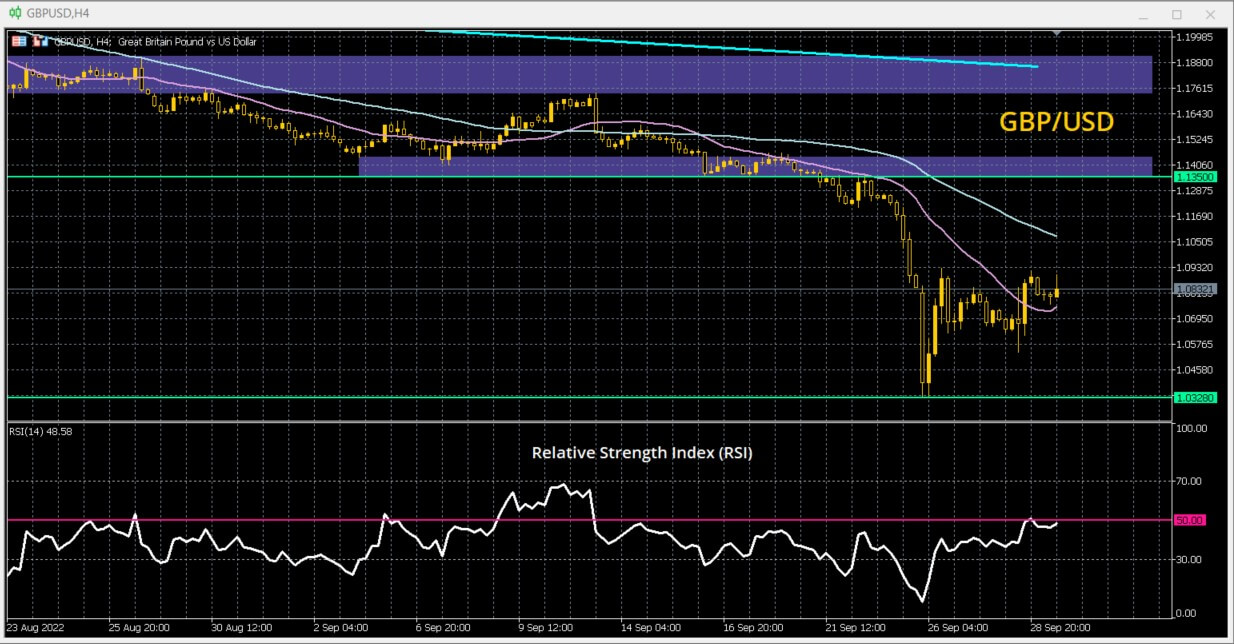 EUR/GBP is also one to watch. There has been a choppy consolidation since the spike higher on Monday. The extremes of the move following the Bank of England bond buying announcement will be levels to watch now. That means support at £0.8835 and resistance at £0.9065. Moves outside those levels could be trend-defining moves now. 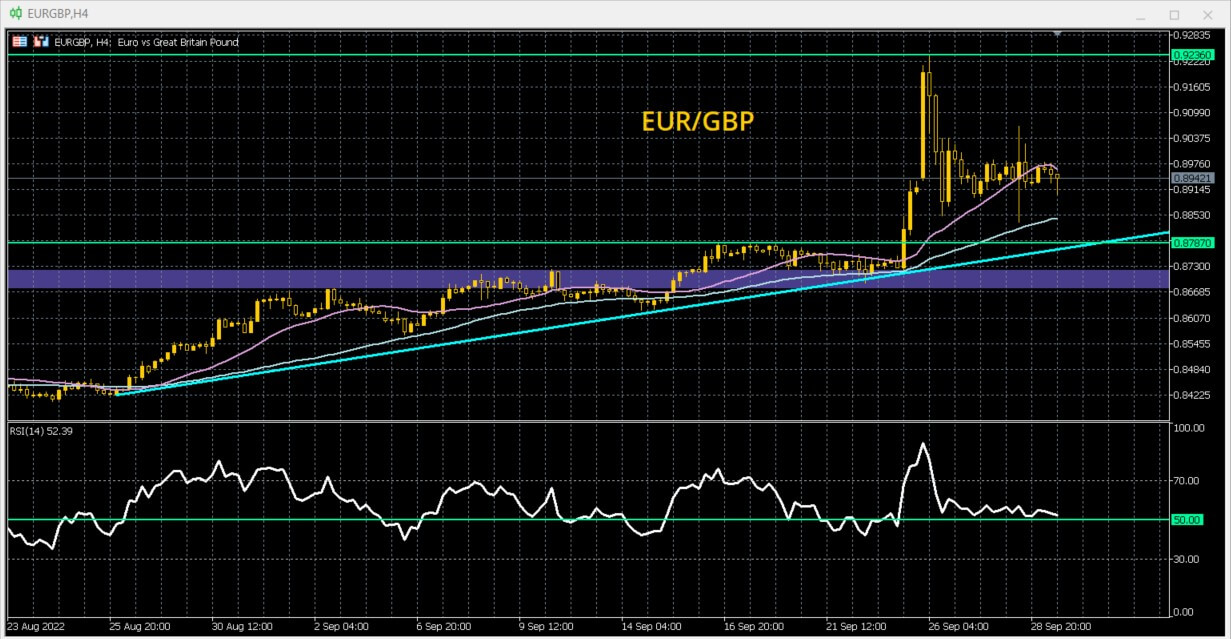 And finally, with FTSE 100 (UK100), there has been a run of highly volatile days. There were 215 ticks of daily high/low range yesterday. Already today there have been around 195 ticks of range. The market remains very unsettled but it also still looking bearish, with yesterday’s rebound being sold into. Closing decisively below 6969 opens the March low at 6755. For now, it looks as though despite the oversold momentum, the buyers are not ready to take hold of recovery quite yet. It would need a close above 7053 to open the way for a technical rally, even if it is just near term. 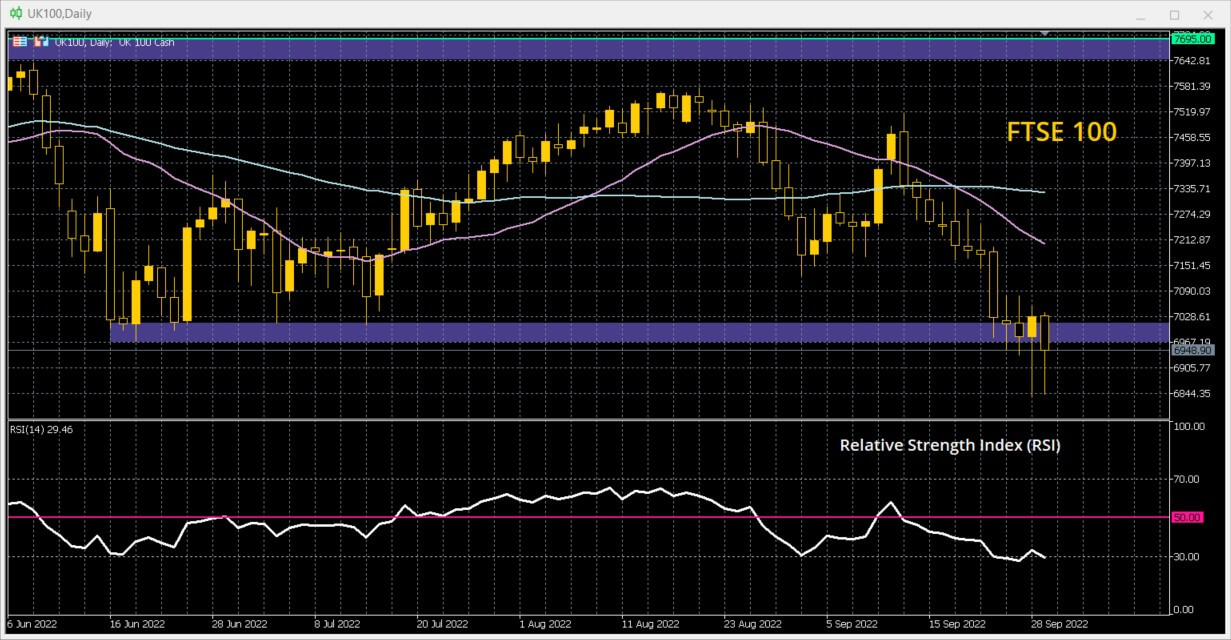 Espresso Morning Call: USD tails off again despite Fed hawks
After a choppy session yesterday where the USD saw a strong rebound on hawkish Fed comments, there is another swing this morning. USD is lower as risk appetite has recovered.
FIND OUT MORE 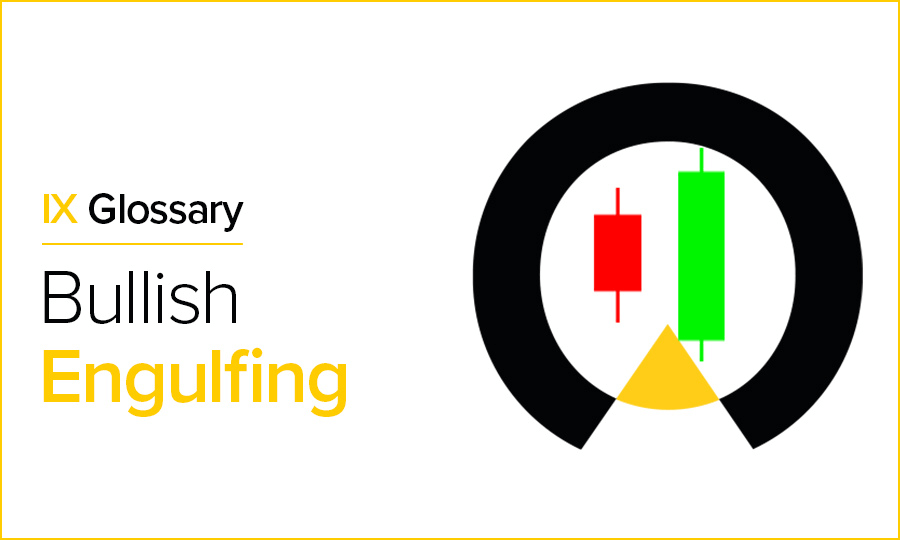