After the Easter break, there seems to be little that has happened to change the tune. With the hawks on the FOMC still vocal, the USD remains strong. Indices are slipping back again as Russia looks to be stepping up its invasion efforts once more. 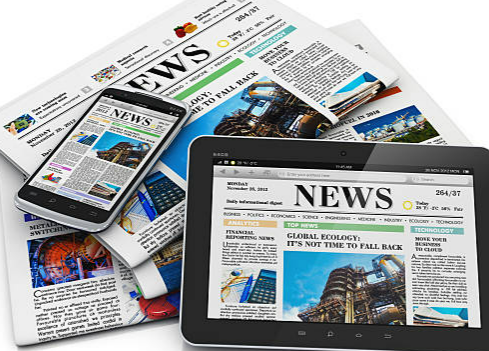 There is a mixed feel around major markets on Tuesday morning after the long Easter weekend that impacted trading volumes across several countries. However, there is a continuation of recent themes that are guiding sentiment. The hawks continue to push their agenda at the Federal Reserve and this is driving higher Treasury yields and hampering any attempts of a bull recovery across equity markets. The renewing military activity in Ukraine is also ramping up tensions once more, this time focused on the eastern regions around the Donbas.

Subsequently, we see the USD broadly consolidating but remaining strong, although the dramatic sell-off on the Japanese yen continues. The Australian dollar is outperforming in the wake of a hawkish lean from the minutes of the Reserve Bank of Australia meeting. Commodities are consolidating whilst European indices have come back from their Easter breaks in a cautious mood and are trading lower. This comes despite US futures holding ground.

The economic calendar only really has a bit of US housing data to concern traders today. Building Permits and Housing Starts are expected to both reduce slightly by around -2% in March. Housing data tends to be at the less important end of the spectrum for market reaction, but it is still worth keeping an eye out for it later today, especially on any significant surprises.

Market sentiment remains cautious: With higher yields and a stronger USD, there is a caution that still hangs over market sentiment. European indices have dropped back in early moves as the Russian invasion effort is stepped up again.

Russian forces advance on eastern Ukraine: The next offensive by Russia in the Donbas has begun. Although this has been anticipated, it is still something that will brace markets.

The RBA meeting minutes: Inflation has picked up and a further increase is expected, with underlying inflation expected to be >3% in Q1 2022. With wages also higher, this has brought forward the timing of the first rate increase.

FOMC’s Bullard hints at being even more hawkish: Bullard (voter in 2022) is the most hawkish of the FOMC members. He has refused to rule out a +75bps hike in the meeting at the end of April, even though it is not his base case (which is +50bps). He is looking for the Fed Funds rate at +3.50% in 2022.

Cryptocurrency holding ground: There has been a sense of consolidation set in over the long weekend. Bitcoin is holding just above $40,000.

Forex: The USD is mixed across majors. JPY is again a big underperformer, whilst AUD is positive after the RBA minutes. 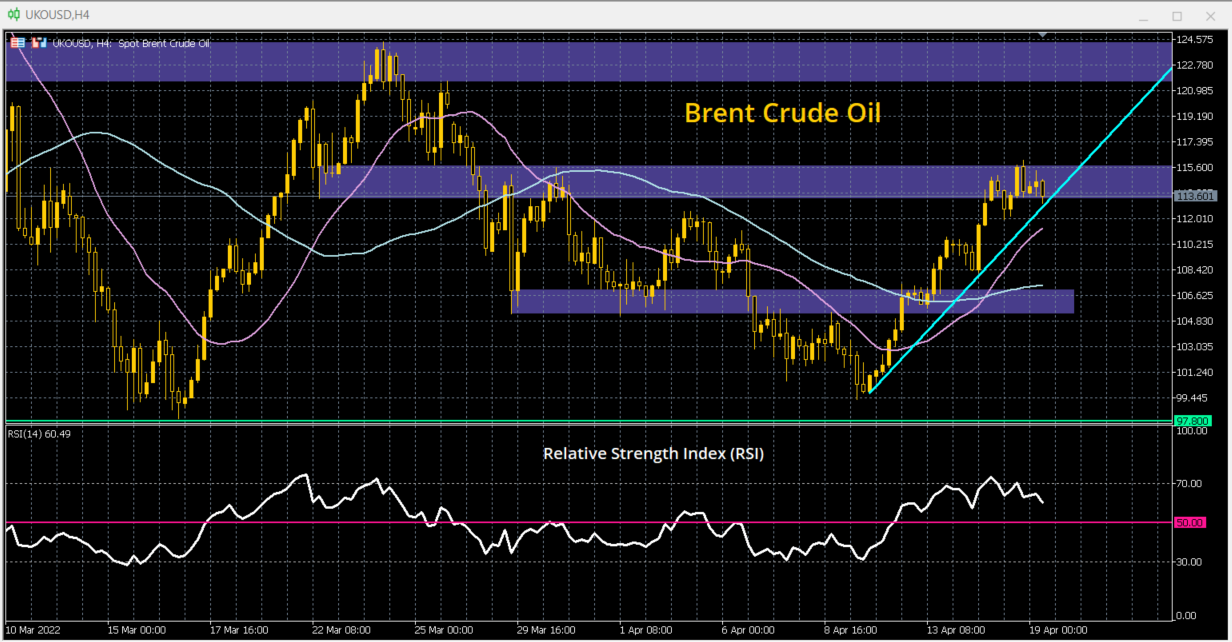 Indices: Markets are consolidating but this is within continued corrective outlooks, especially on Wall Street. FTSE 100 continues to hold up well. 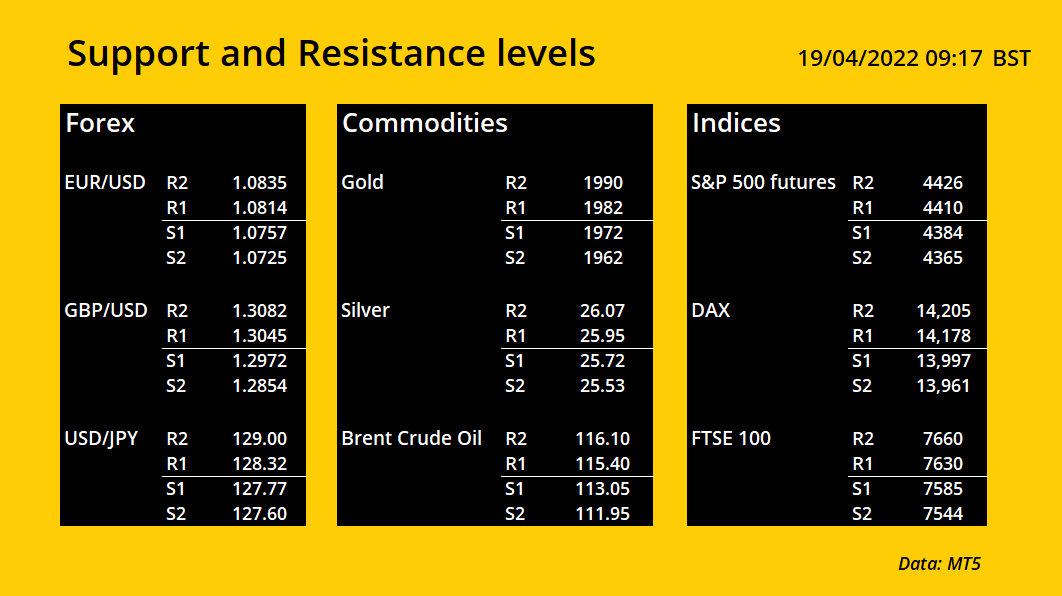