Geopolitical risk remains crucial for market direction. After tensions escalated into the end of last week, with the potential for Biden and Putin to meet, sentiment is looking a little more positive this morning. 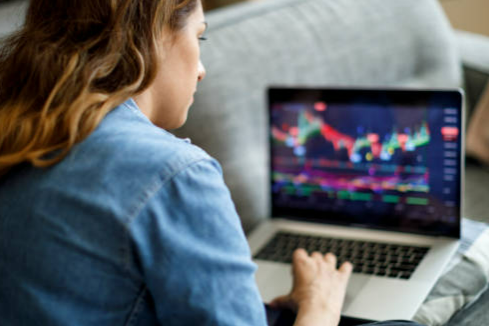 After selling pressure into the close on Friday, market sentiment has looked more encouraging on Monday morning. The prospect of a meeting between Presidents Putin and Biden has allowed markets to be more hopeful of a peaceful resolution. This is encouraging a rebound on indices and pro-cyclical major forex. Haven plays such as gold, JPY and USD are performing less well. How long this improved sentiment lasts would be a difficult question to answer.

The economic calendar is focused on European flash PMIs today. Beyond that, it is Presidents Day public holiday for the US. This means that we can expect thinner markets that trade with less liquidity but due to the geopolitical tensions this could mean potentially more erratic volatility (although markets are usually subdued on US public holidays).

Sentiment improves… for now: After selling pressure ramped up into the end of last week, a near-term rally for market sentiment today. Given how skeptical markets now seem to be of a sustainable resolution, this may only be a near-term move.

Treasury markets closed: It is Presidents Day and bond markets are shut in the US. [Risk uncertain]

Ukraine tensions are still highly uncertain: There have been reports of fighting between the two sides in recent days. However, with both Putin and Biden agreeing to the prospect of a meeting, this could be a more encouraging sign.

Eurozone flashes PMIs mixed to positive: The flash Manufacturing PMI has come in a shade lower than forecast at 58.4 (58.7 forecasts), but with Services better at 55.8 (52.0 exp) this means the flash Composite PMI is up to 55.8 (52.7 exp). This suggests the Eurozone is picking up activity. [EUR supportive]

US Presidents Day: US equity futures are trading today, but bond markets and Wall Street indices are closed. With US trading desks out, this will mean lower volumes and thinner market liquidity. With the geopolitical tensions of late, this could be erratic volatility on markets.

Cryptocurrency intraday rebounds: Crypto continues to trade as a risk positive play. Selling into the weekend and an intraday rebound this morning. However, the near-term outlook remains pressured to the downside.

Broad outlook: An improvement in risk appetite today, but it may just be a near term move

Forex: European indices and US equity futures are higher, with JPY and USD underperforming on major forex.

Commodities: Precious metals are pulling back after recent gains, with oil still choppy and uncertain.

Indices: US futures are rebounding after Friday’s weakness. European indices are also higher, but the gains look tentative.