What Are Candlestick Patterns and How to Read Them?

Candlesticks are charting tools used in trading to communicate price data and trading volume. These candlesticks can be used to make assessments of the market’s dynamics. 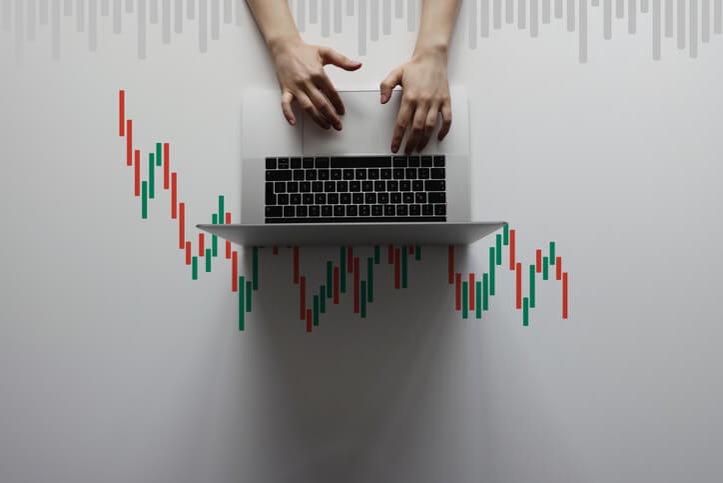 Candlesticks are charting tools used in trading to communicate price data and trading volume. These candlesticks can be used to make assessments of the market’s dynamics. This guide will explain what candlesticks patterns are and how to use them to make better decisions when you trade.

What are candlestick patterns?

Candlesticks show price movements over a period of time. Each candlestick denotes changes in price per unit of time. What time frame it is, say 5 minutes or 15 minutes, depends on the trader’s preferences.

Candlestick charts are heavily used in technical analysis. Traders use these charts to identify patterns in price movements, determine the direction of price trends, spot breakout or reversal points, and decide what their move will be.

Candlesticks are called so because of a close resemblance of the shape of these indicators to candles. Here’s how to read them.

Parts of a candlestick.

There are three main parts to a candlestick:

The body: The main bar forming the candlestick is known as its body. Its top and bottom edges indicate opening and closing prices. If the body is blocked out or coloured red, it means that prices opened at a higher level than closing prices. A hollowed out or green candle suggests the inverse.

The upper wick: The upper wick extends upwards from the top edge of the body. The length of this wick shows the extent of price movements, ending at the highest price for that day.

The lower wick: Similar to the upper wick, the lower wick stretches from the bottom edge of the body. The longer this wick, the more prices fluctuated in a downward direction, ending at the lowest price for the day.﻿

How to read candlestick patterns

Three of the most common bullish candlestick patterns are:

Hammer Candlestick Pattern = A short candlestick with a long downward wick. This candlestick will be at the bottom of a downward pattern and signals that, despite bearish pressure, the price is moving into a bullish phase.

Three of the most common bearish candlestick patterns are:

Hanging Man Candlestick Pattern = A long-bodied green candlestick followed by a short red with a long downward wick. This candlestick appears at the top of an upward trend instead of a downward trend, and signals that a bearish trend is forming. It’s the opposite candlestick pattern of the Hammer.

These candlestick patterns show a continuation of the current trend where neither the bears nor the bulls have control of the market:

Doji Candlestick Patterns = When candlesticks form a cross, it means the opening and closing prices are almost even. So, the price isn’t overly bearish or bullish.

Spinning Top Candlestick Patterns = Two short candlesticks (green and red) with equal wicks (either up or down) indicate the price isn’t bullish or bearish.

Candlestick patterns don’t provide all the answers. However, the insights they provide into the ways the market is moving can help you make better decisions when you trade. The more you study these charts and patterns, the better you get at understanding what the data is telling you. To learn more, read our detailed explainer on how to use these charts.