The continued positive trends of US bond yields and the USD correlates negatively with the outlook of precious metals. 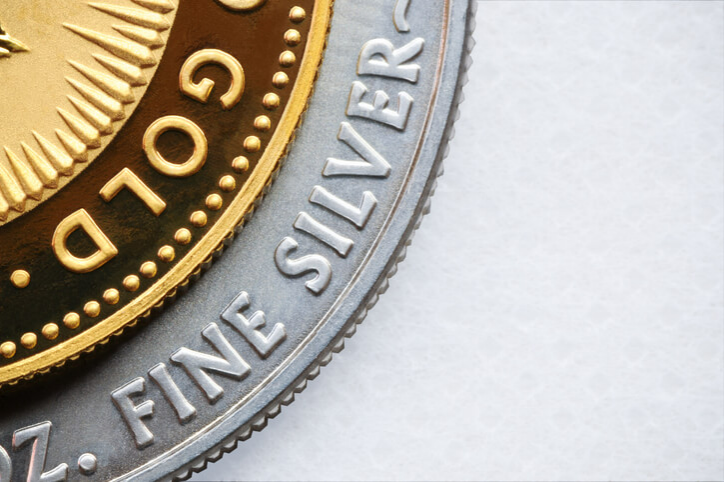 Bond yields have taken a sharp move higher since the beginning of March. This has come as the path of monetary policy engaged by the Federal Reserve has become increasingly aggressive. At the same time, it is interesting to see inflation expectations (as measured by the US 10-year Breakeven Inflation yield) have topped out and started to decline. This has driven the path of “real” bond yields (yields minus inflation) higher. This rising real yield is important as it has been a key driver behind the strengthening of the US dollar (USD) in the past few months. The chart below shows the correlation between real yields and the USD. The average correlation over 12 months is a reasonably strong +0.2.

However, in the past few months, the correlation has been consistently very strong, currently around +0.9. This suggests that further rises in the real yield will continue to strengthen the USD. We can also see what this means for precious metals. Gold and the real yield run a strongly negative correlation. This negative correlation is also the case for Gold versus the USD (although slightly less strong). The period immediately following the Russian invasion of Ukraine where gold and the USD were both strong on a safe haven flow has come to an end in recent weeks. The traditional negative bias has resumed. However, it is not just gold that has negative correlations with real yields, silver (another precious metal) also does too. Subsequently, the near to medium-term outlook for precious metals remains corrective. With the negative correlations holding firm, a continuation of the positive trends in both real yields and the USD will maintain negative pressure on gold and silver.

The performance chart of major commodities shows that as the USD has been stronger over the past month, metals prices have been tracking lower. The technical outlook for precious metals remains corrective. How various metals react to support levels will be key to whether this turns into an increasingly negative move.

Gold (XAUUSD) has been trendig lower since March as near term rallies have struggled for traction before renewed corrective pressure has kicked in. The latest move is a drift lower, within a mini trading range between $1787/$$1879. However, this is running down a near four-month downtrend, whilst RSI momentum is correctively configured (consistently seeing bull failures around 50/55).

For now, this is a fairly orderly slip back within the range to test initially $1805 and likely $1787. However, if the support at $1787 were to be broken, with confirmation on the RSI into the mid-30s then the selling pressure could ramp up. A deeper correction towards the $1750s could be seen. Initial resistance is at $1841/$1848, with $1857 growing in importance. Silver (XAGUSD) looks similarly corrective but has more pressure to the downside. Momentum is consistently stuck under 50 on the RSI whilst a succession of lower highs has formed in recent weeks. With rallies seen as a chance to sell, this is all pulling the price to test $20.45/$20.60 key support of the May and June lows.

Reaction to this support will be key. For now, the RSI is fairly benign in a corrective drift, but any move below 35 would suggest downside momentum is growing. The next support comes in around $18.95/$19.65. There is now initial resistance at $21.53 with $21.95 growing in importance.