Despite a rollercoaster ride surrounding the Fed statement and press conference, there is an overriding sense that the Fed is not done hiking rates yet. This will support USD and leaves a risk-negative bias. 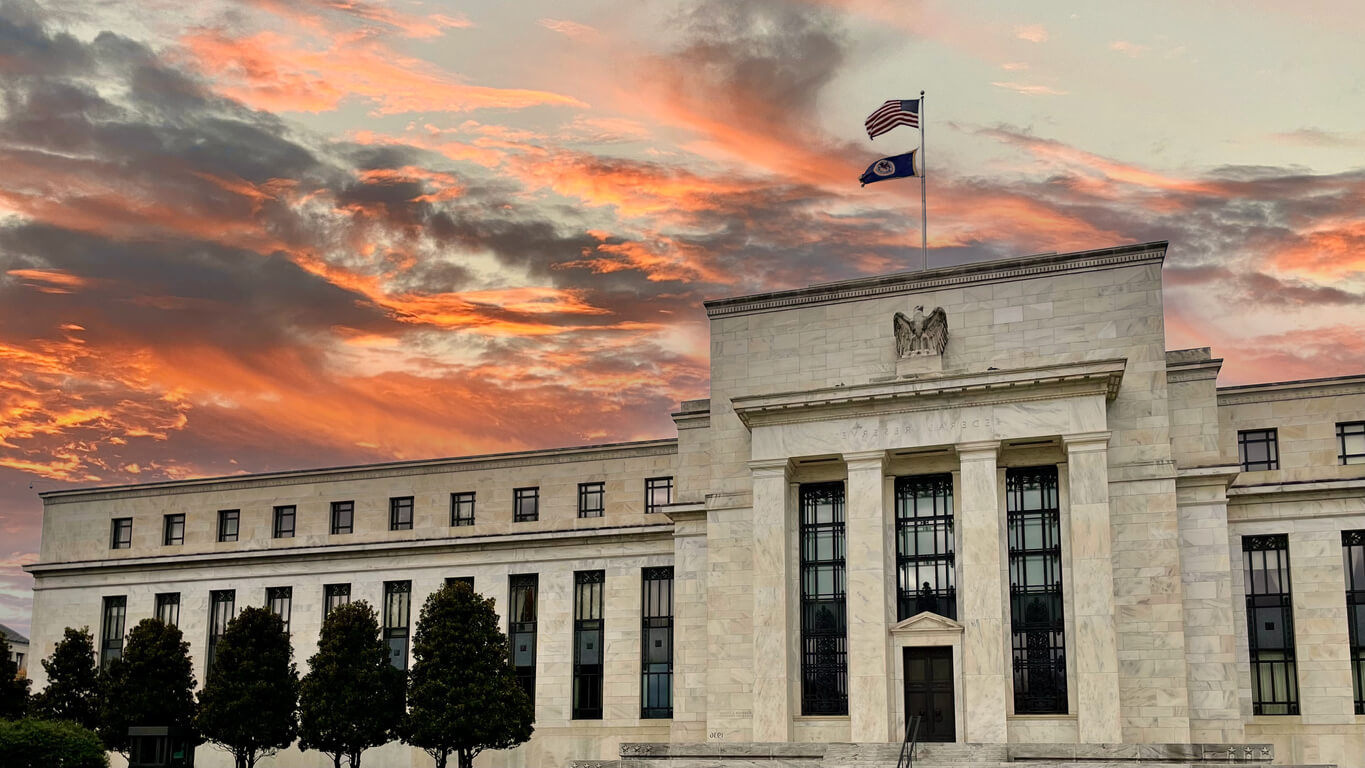 It has been a rollercoaster of a ride since the Fed meeting. However, as the dust begins to settle, there is a sense that the “Fed pivot” is not coming any time soon. This means that there is the risk of a retracement of the risk rally that was born out of the prospect of a pivot a few weeks ago. It also means that the USD has room for another bull leg in the coming weeks. It would seem that the old 2022 trading trends are back in play.

The Fed decision last night was very much a game of two halves. First of all, let’s get the rate hike out of the way. A 75 basis points hike was broadly touted ahead of the meeting and came as no surprise. The Fed Funds rate is now at a target range of 3.75% to 4.00%. All as expected.

This was seen as the first nod to a pivot. The initial market move was subsequently risk-positive and USD negative.

Powell pushes back against the prospect of a Fed pivot

However, then came the press conference. Fed chair Powell did his best to push back against the prospect of a Fed pivot. He perhaps could have even been described as being hawkish.

“…we still have some ways to, and incoming data since our last meeting suggest that the ultimate level of interest rates will be higher than previously expected”.

So more rate hikes are coming, and a higher terminal rate than previously expected.

Also, there is the prospect of higher for longer too:

“Reducing inflation is likely to require a sustained period of below-trend growth and some softening of labor market conditions. Restoring price stability is essential to set the stage for achieving maximum employment and stable prices in the longer run. The historical record cautions strongly against prematurely loosening policy.”

So even if there is an end to the hikes, rates are likely to stay high for a while.

This higher-for-longer theme is what the interest rate futures markets are now reacting to this morning. Here we see the Fed Funds futures curve. The terminal rate is now above 5% (on the chart this is below 95.0). Furthermore, the first rate cut (a -25 basis points move below the terminal rate) is not expected until early 2024.

With rates currently at 4% this means at least another four 25bps hikes to come. It all now depends on the data (as Powell mentioned in the press conference). Before the December meeting, there are two Nonfarm Payrolls reports, two CPI inflation readings, a revision to Q3 GDP and not to forget next week’s Mid-term elections.

There could be another 75bps hike in December, but as Powell said, do not focus on the size of the hikes, only the terminal rate. 50bps in December and then 25bps hikes in January and March would be 5%. This is broadly where the Fed Funds futures are taking us.

A Fed pivot is coming, but not yet

Our take on this is that the FOMC Statement does indeed set up for a Fed pivot. However, it is still very premature and there are more hikes to come and likely well into 2023.

However, the decisions will be taken on a meeting-by-meeting basis (i.e. data dependent). This means that if inflation does begin to show signs of falling over (especially on the core basis) or presumably if economic activity deteriorates sharply, there will be a reaction from the Fed. This might be where the Fed pivot comes into play in the coming months.

Bond yields are higher, along with the USD

Although bond yields were choppy yesterday there is a more decisive move forming today. Higher for longer rates are driving the US 2-year Treasury yield towards 4.75% this morning. With a terminal rate of 5% on the Fed Funds rate, we are likely to see the 2yr yield tracking higher in the coming days, perhaps towards that 5% mark. 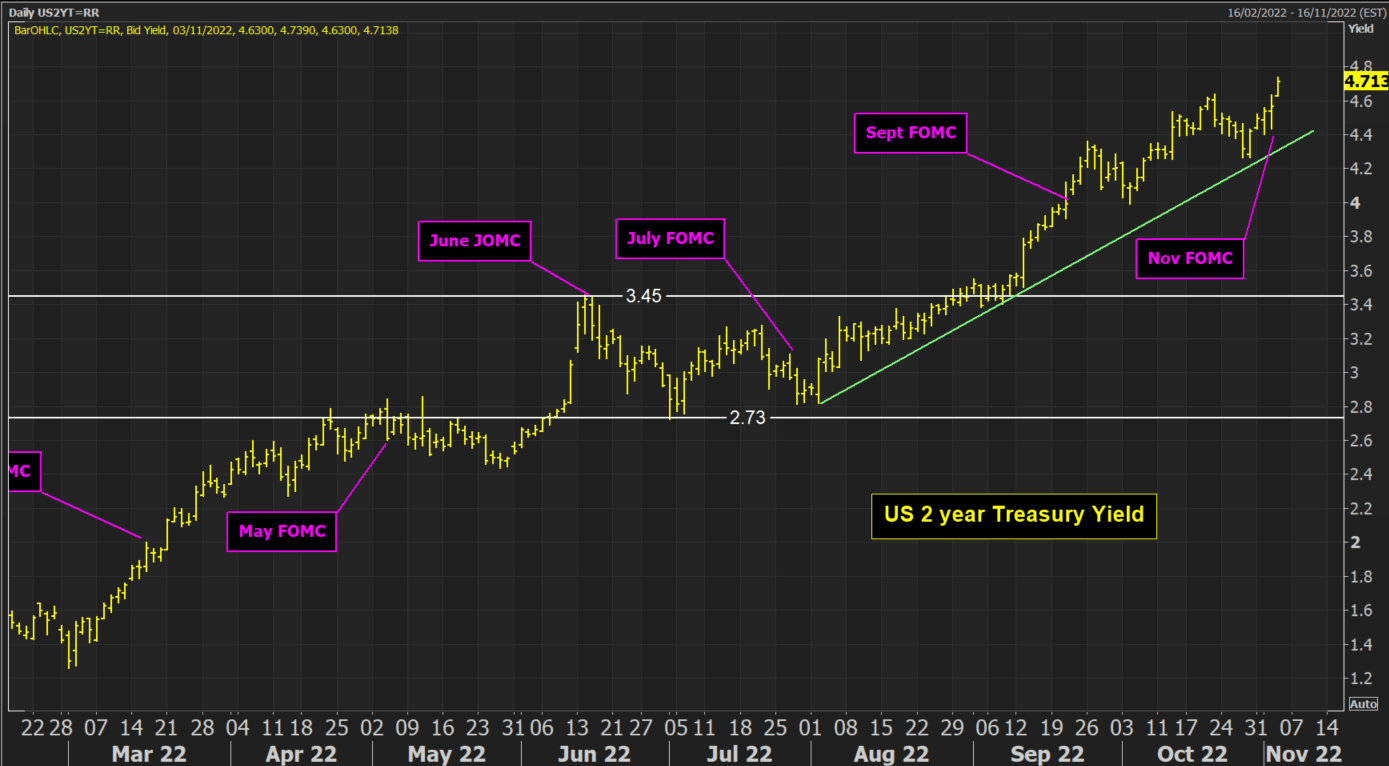 10-year yields are also pushing higher, this morning. With nominal yields moving higher but the US inflation expectations remaining relatively anchored (around 2.5% on the US 10-Year Breakeven Inflation rate), this is pushing up “real” US bond yields (yields minus inflation). We continue to see a strong positive correlation between real yields and the USD. 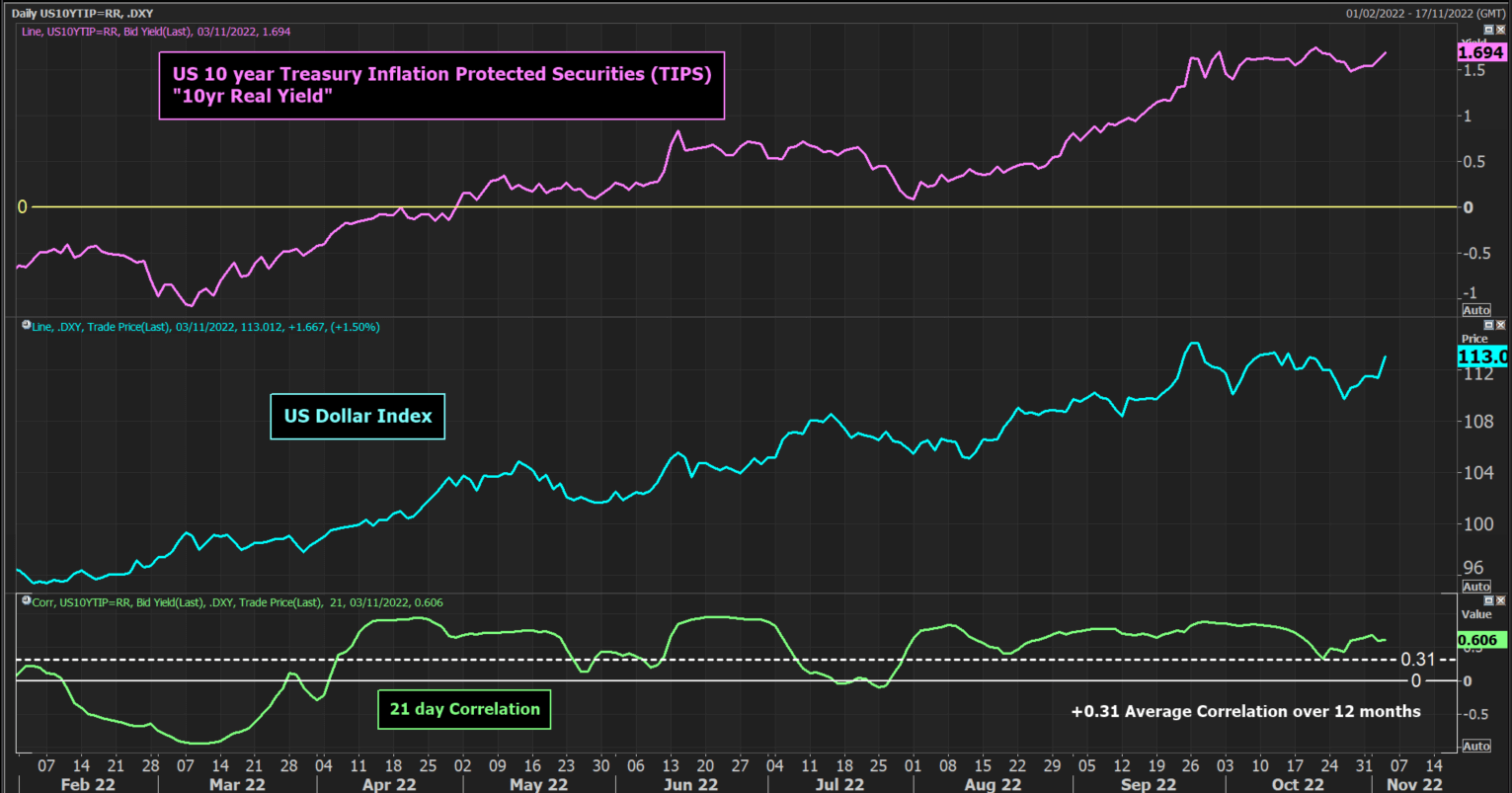 If US Treasury yields continue to move higher, this will pull real yields higher and continue to support the USD. Another bull leg higher in USD could now take off. On the Dollar Index, a retest of the 114.80 September high could easily be seen now. 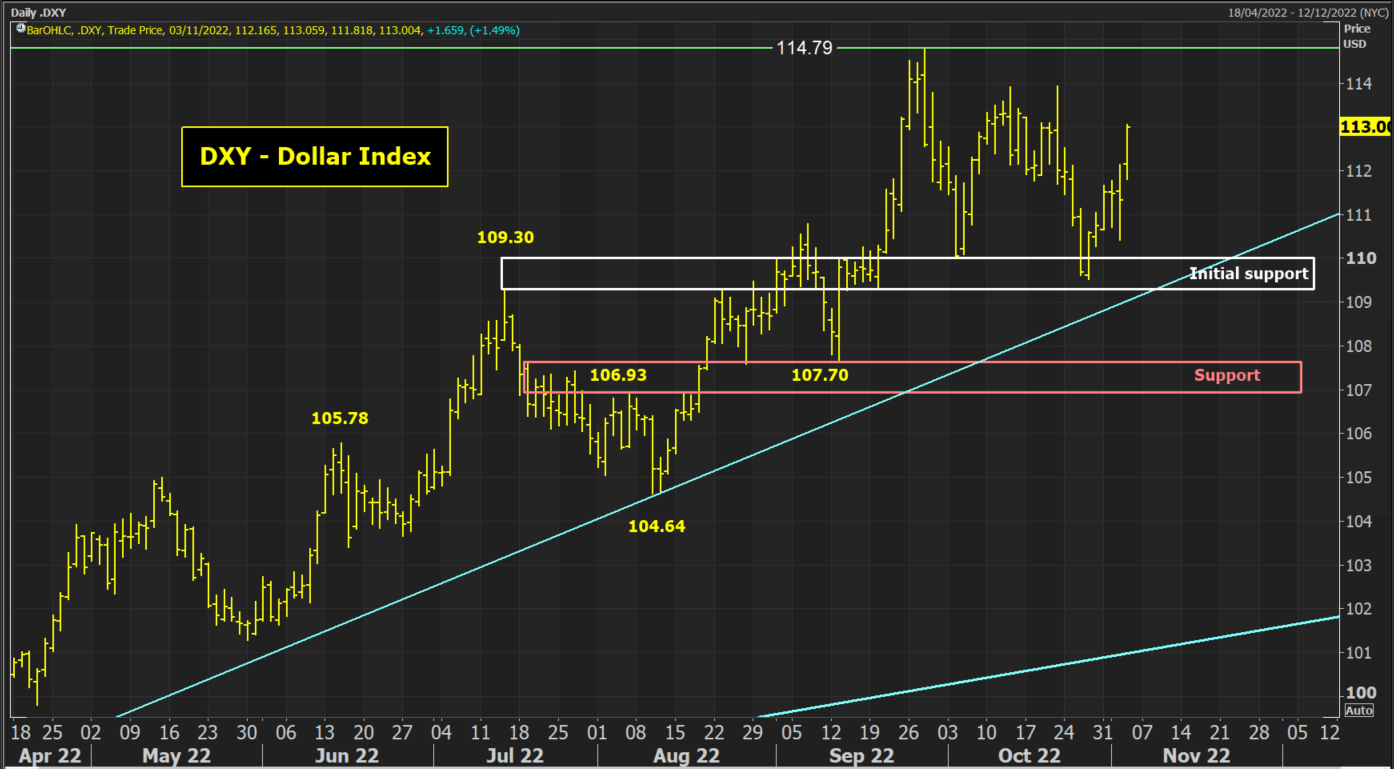 We are also seeing a decisive deterioration in the outlook for precious metals and equity markets. Gold has moved sharply lower and is testing its September low at $1615. A downside breakout would see the next support now until around $1560. 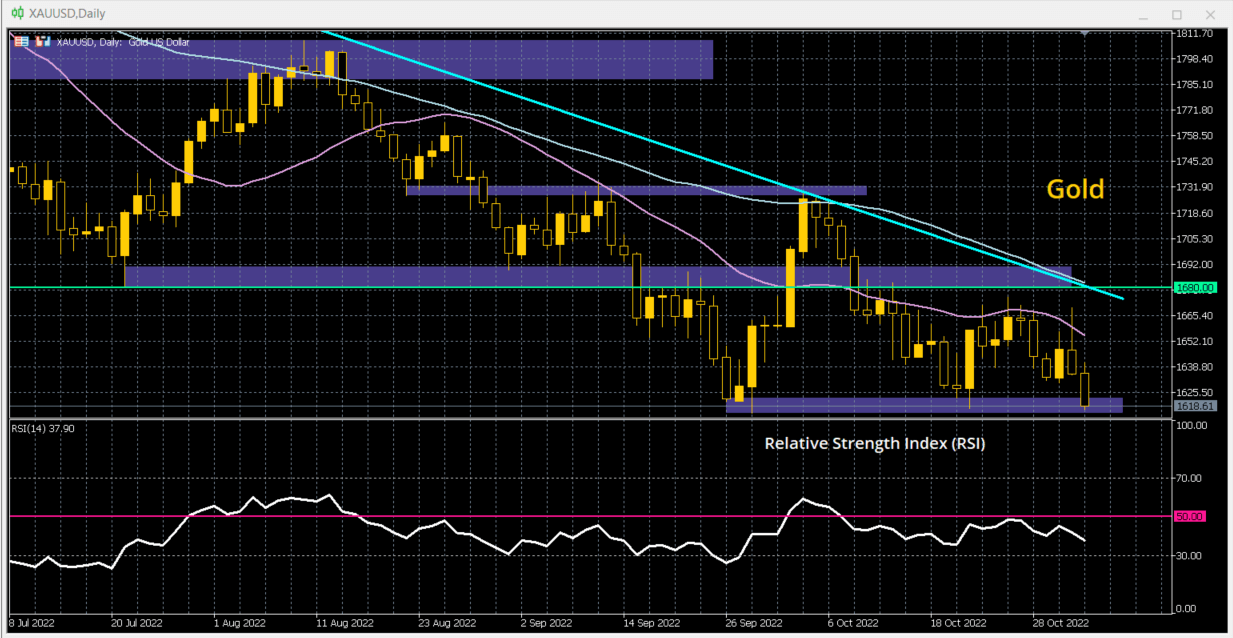 Furthermore, the outlook for US equities is also deteriorating again. S&P 500 futures had been in a recovery uptrend from the prospect of the Fed pivot in recent weeks. This is now turning sharply lower. A closing break below 3757 support would engage a new corrective outlook that could easily see the October low at 3501 back into play again. 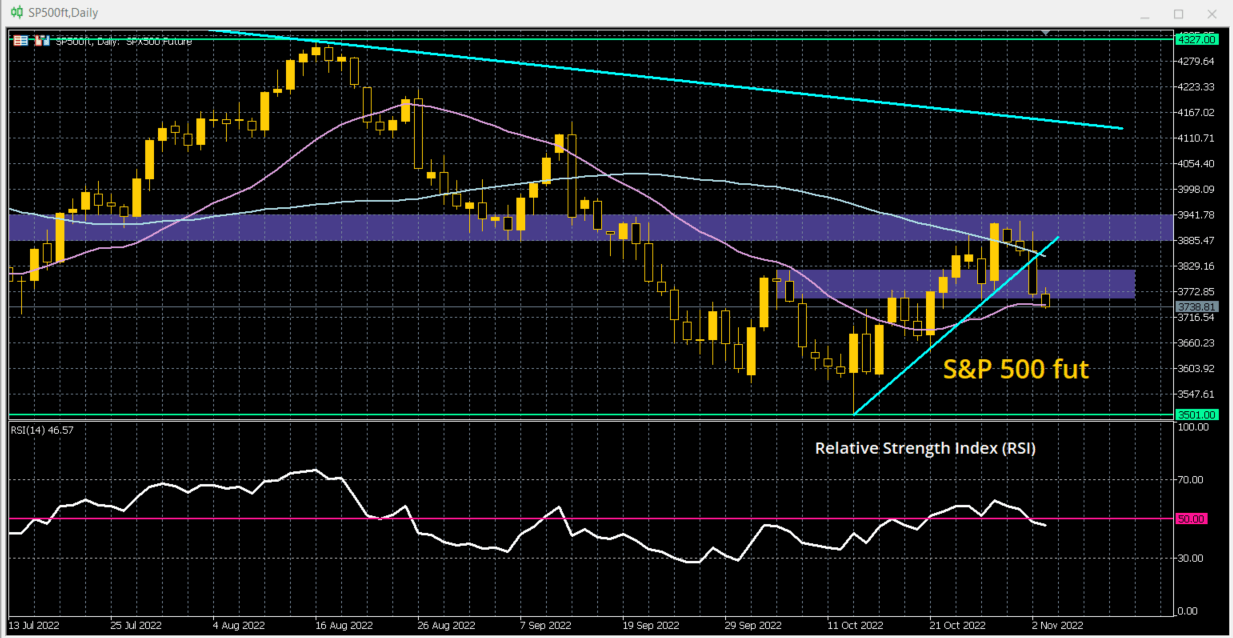