Lula the new Brazilian President but hard work lies ahead

Lula has beaten Bolsonaro in a divisive and damaging election. However, the hard work is to come. Financial markets have so far reacted favourably. 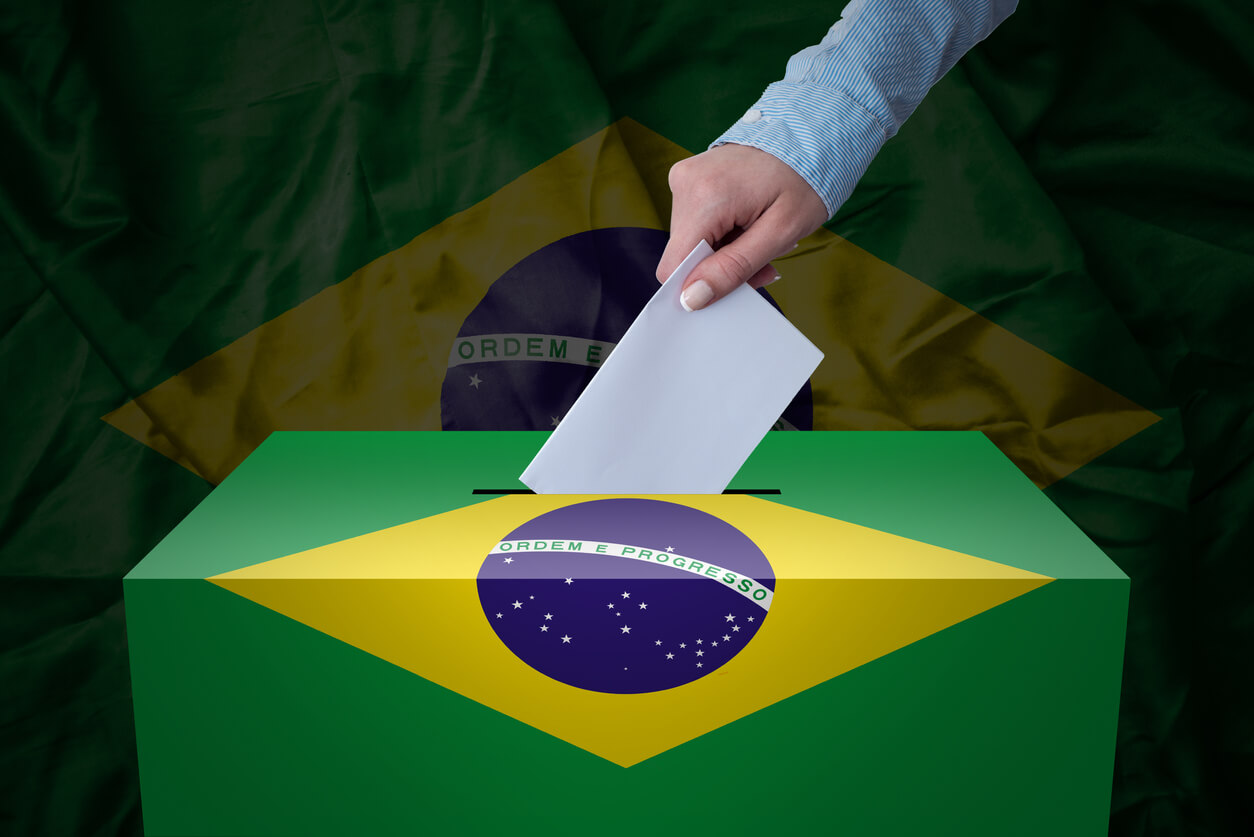 Former Brazilian President Luiz Inacio Lula Da Silva (known as Lula) has won the second-round runoff of the Presidential election. He has defeated the incumbent Jair Bolsonaro by a thin majority, achieving 50.9% of the vote compared to Bolsonaro’s 49.1%. This is the tightest election victory since the 1980s. We look at what this means for Brazil and Brazilian assets.

Bolsonaro has yet to concede

Before we get into what the new president will bring, there is a pause to proceedings. Jair Bolsonaro has not yet conceded defeat to Lula. The election campaign has been highly divisive, with reports of violence and has been littered with accusations from Bolsonaro of potential hacking and interference in the electronic polling system. This approach has worrying similarities with how Donald Trump reacted to his defeat in the 2020 US Presidential Election.

Already there are reports of blockades on roads by angry truckers and protestors. The port authority in Paranagua said that one of the main access roads to the port has been blocked. For now, there seems to be limited disruption to cargo movement. According to Santos Port, where a large proportion of Brazil’s grain cargo is moved, there is no effect to exports yet.

However, the longer Bolsonaro does not accept the result, the worse these protests and blockades could become. This could impact begin to impact the movement of trade.

Lula will have a tough job ahead

Lula will bring a more left-wing, socialist style of politics back to Brazil. He has vowed to bring Brazil state-driven growth with socialist policies. He wants to once more lift millions of people out of poverty, as he looked to do during his first two terms as president.

He will have a difficult job though as Bolsonaro’s supporters remain the dominant force in congress. He will need to build consensus. He will need to work with them to achieve decisive change. However, it does not look as though Bolsonaro will go quietly and he will likely be a disruptive thorn in the side of the Lula presidency.

Market reaction has been favourable

Financial markets have so far reacted favourably to Lula’s victory. It was notable that there was a positive reaction after the first round of voting in early October. Markets saw a close result as potentially that Bolsonaro could win. However, it is also notable that on Monday morning after the second round, after some initial volatility in equities, there was a positive reaction.

The yield on Brazilian 10-year Government bonds fell. It also remains below where it was before the first round of voting. This is an initial tick in the box for Lula. 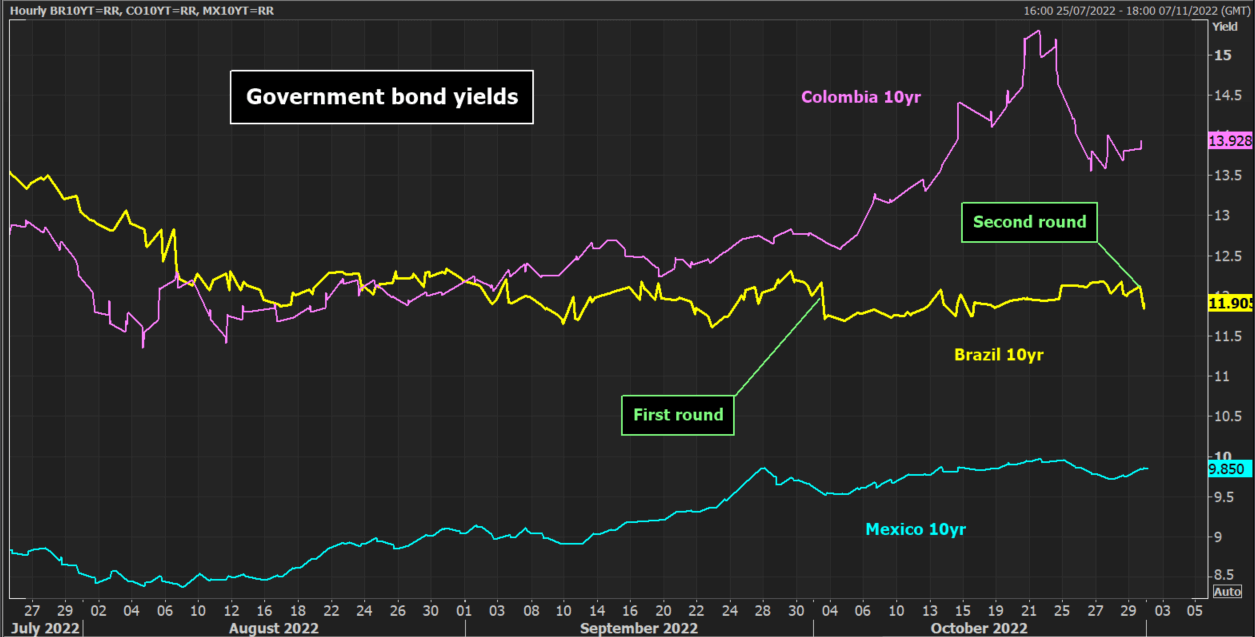 It is also notable that the Brazilian real has also been positive over the past month. Again the BRL gained after the first round of voting, but also strengthened yesterday even as the USD was strengthening. 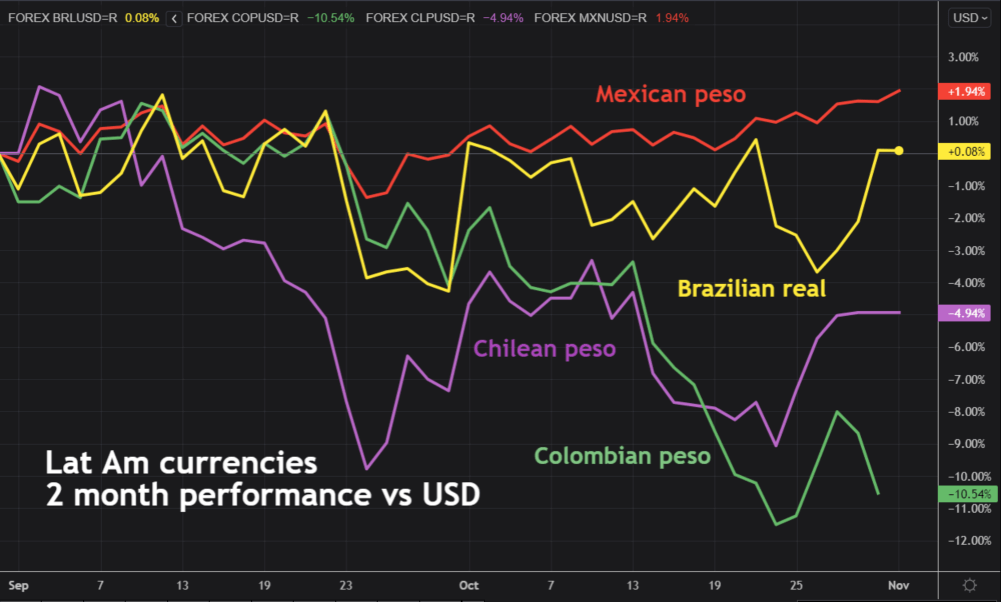 We can see this BRL strengthening as USD/BRL has fallen both yesterday and this morning. The pair has been ranging for much of the past couple of months. 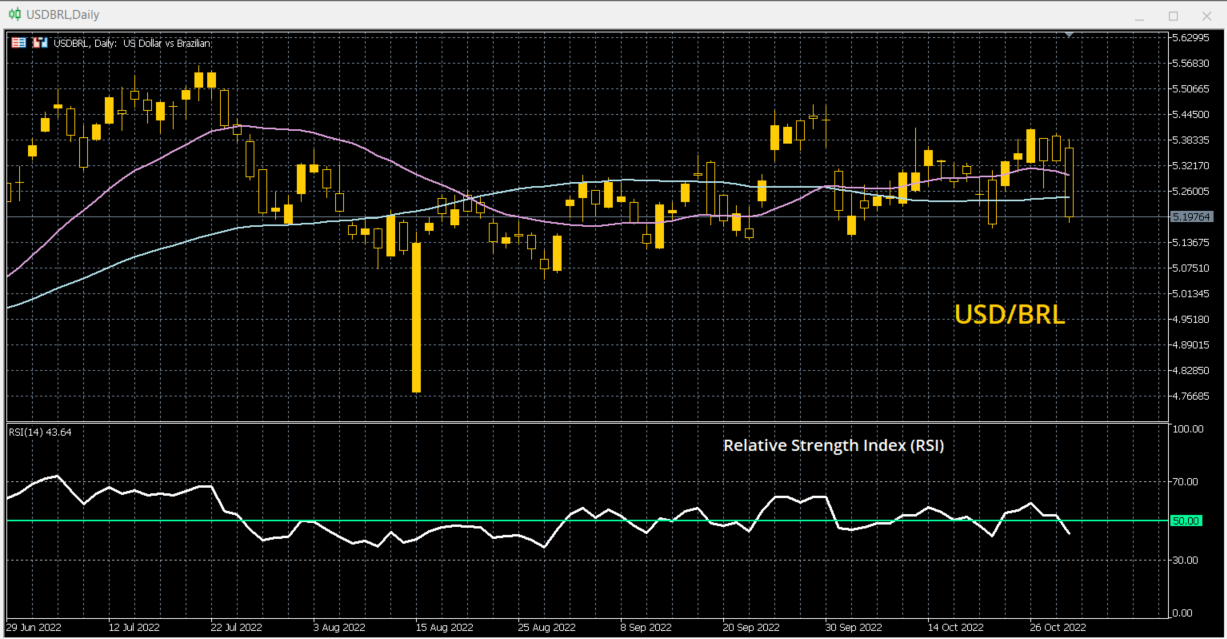 Finally, looking at the performance of the Brazilian Bovespa index, we can see on the 4-hour chart, there was a choppy reaction when markets opened yesterday. However, as the day progressed there was a strong close. This came even amidst broad weakness in global equity markets. This is another positive reaction. 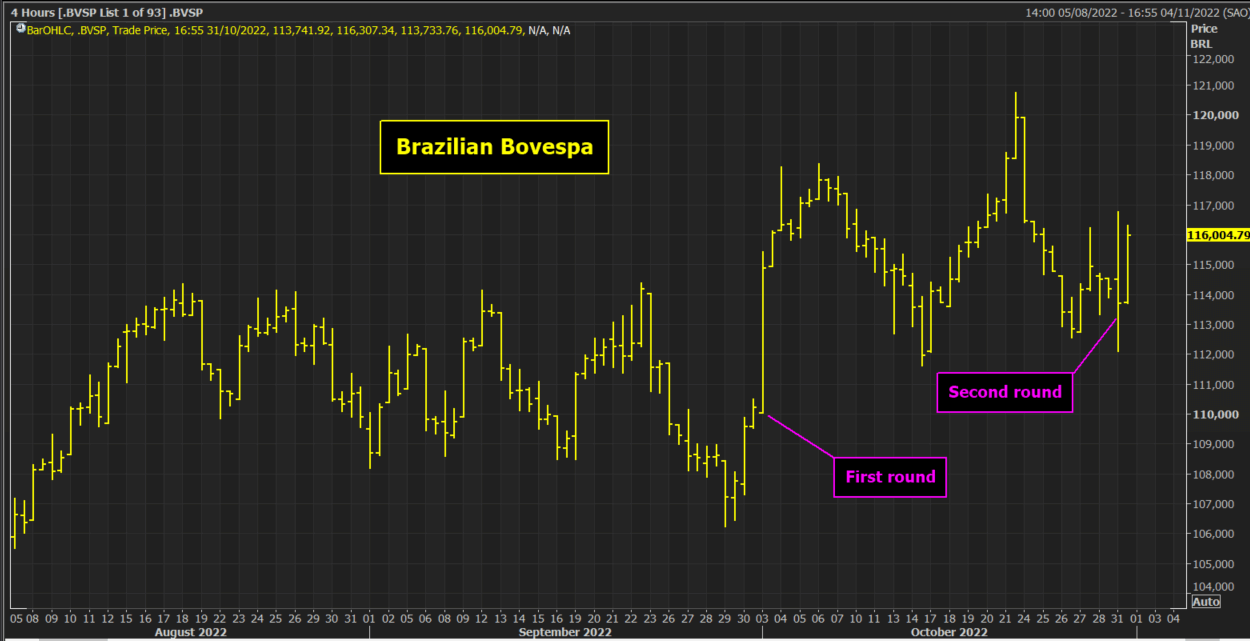 We can see that the initial reaction to Lula winning the presidency has been given the thumbs up by financial markets. However, it is a long road ahead. The political situation in Brazil will be difficult with Bolsonaro likely to remain a disruptive force. This could tie Lula’s hands to make the change he would like. That could weigh on the performance of Brazilian assets moving forward. However, for now, the reaction has been favourable.