US CPI coming in lower than forecast has induced a reaction across major markets. However, there are question marks over continuation of the moves. 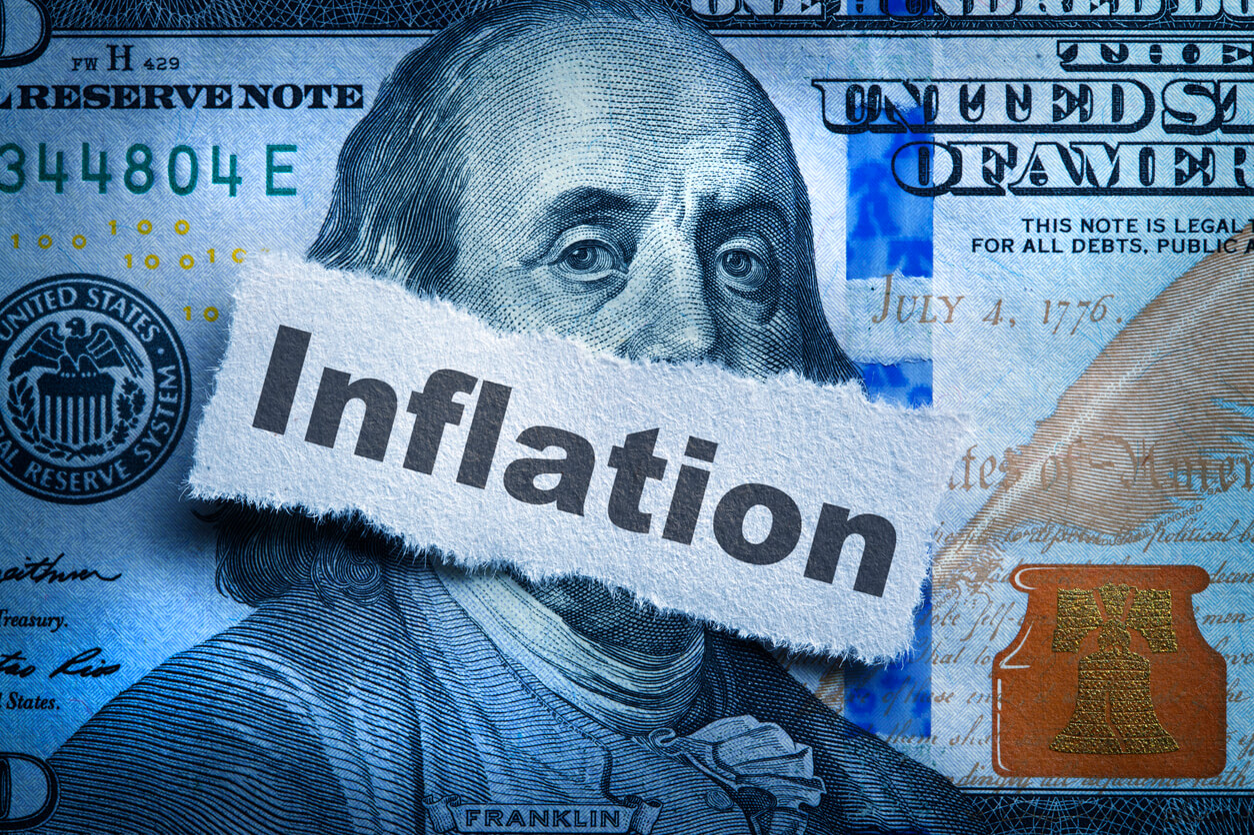 US CPI has fired up interest in what had been a dull trading week. We are now seeing some direction, especially on major forex. Wall Street is catching the wave, but elsewhere indices are lacking traction. The same could be said for commodities (especially precious metals). The question is, whether US CPI generates a lasting change in direction for markets. We see the potential for USD correction to continue but only if Treasury yields continue to slide. Wall Street is looking strong but is becoming near-term stretched. Precious metals are looking less assured in their recoveries.

US CPI falls but the Fed seemingly remains hawkish

Markets have been quiet for much of this week. The run-up to the US CPI data saw moves grinding almost to a halt. Summer trading can do this to markets. Add in a lack of drivers on the economic calendar and traders have been devoid of the catalysts to see markets moving. However, the US CPI has fired markets into life, at least for now.

There are signs elsewhere (for example in the Prices Paid components of the ISM surveys) that inflation is peaking in the US.

However, rhetoric from Fed speakers suggests a vigilance on pricing pressures and “the job is not done yet”. According to the CME Group FedWatch tool, pricing for the FOMC decision in September is not far off 50:50 for a +0.50% or a +0.75% increase in rates. This will make for some choppy moves in the USD in the coming weeks. The September FOMC is on the 21st of the month, time to fit in another Nonfarm Payrolls and US CPI.

It would need significant downside surprises to inflation indicators of the core PCE, ISM surveys, Average Hourly Earnings (in the payrolls report) and the US CPI to substantially shift market pricing.

What this means is that the USD is correcting now, but the move might be relatively limited. The US 10-year yield is trending lower (which should add to the USD correction) but there is a big band of support for the yield between 2.50%/2.70%). Yields may struggle for traction below here (with 2.50% seen as the terminal rate for the Fed). 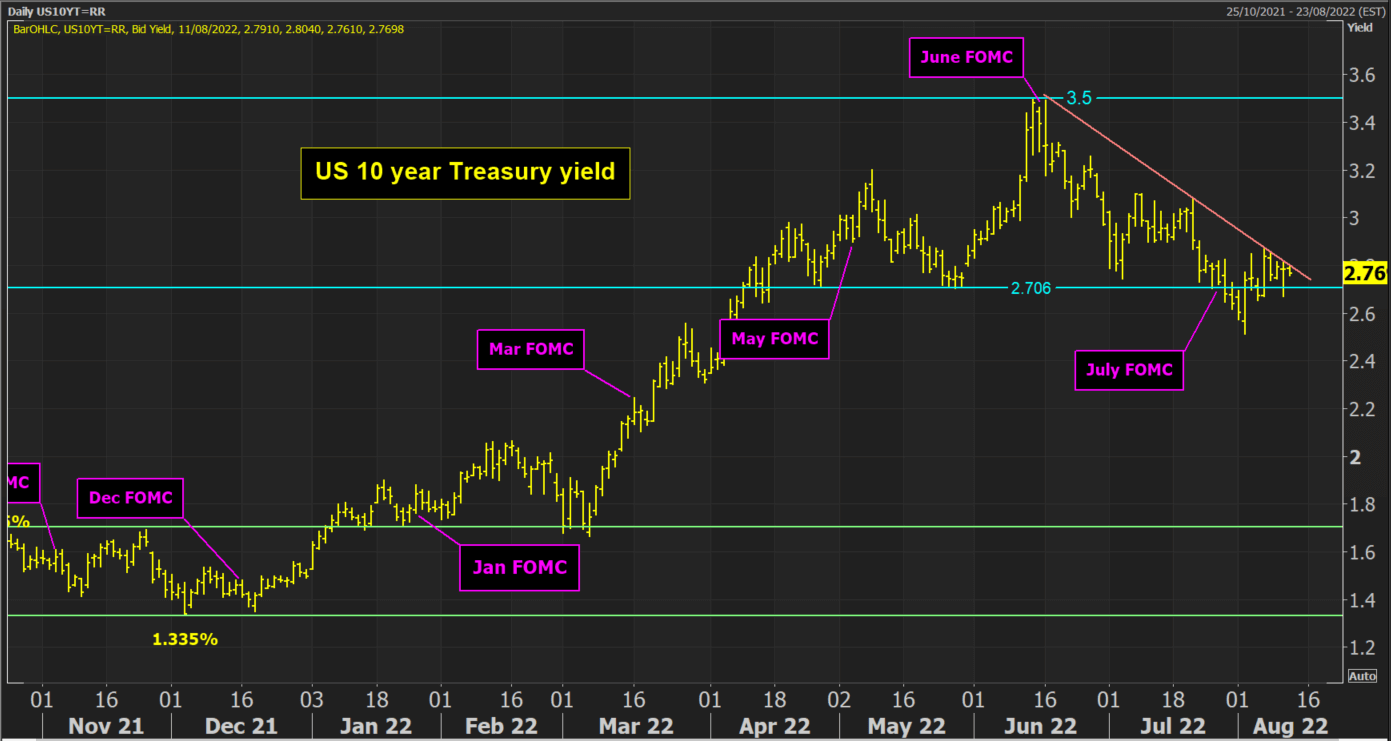 USD weakened in the wake of the CPI and continues to weaken today. The Dollar Index is back under 105.00. We see this as a near-term gauge. Continuing to trade under 105.00 will increase corrective pressure, for a test of 103.40 (mid-June low). We can see this happening if US yields remain subdued. 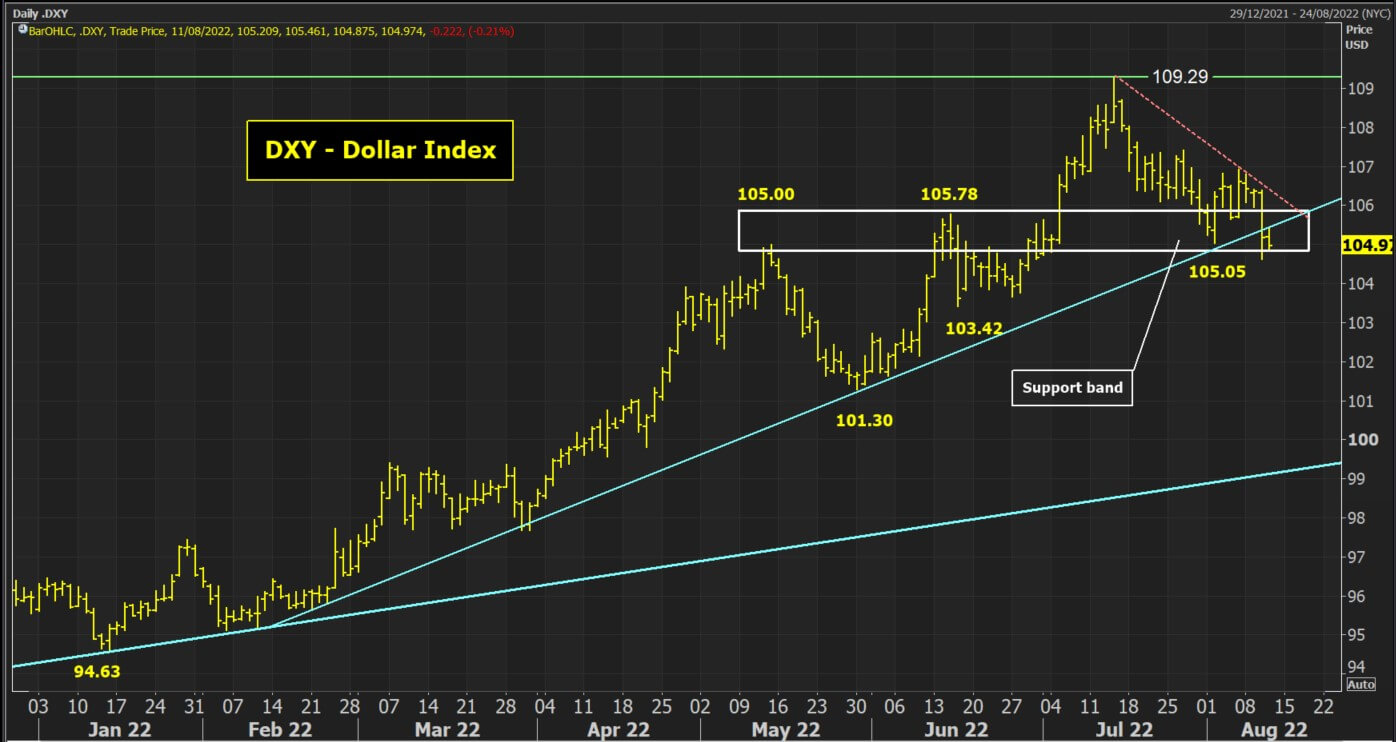 However, for a decisive move lower (towards 101.30) this would likely need the 10-year yield breaking decisively below 2.50%. For now, we see this as unlikely.

In major forex pairs, EUR/USD has rallied on this USD weakness. There is a clear improvement in momentum (RSI above 50) but there is a confluence of resistance indicators overhead. Price resistance at 1.0350, the falling six-month downtrend and the 55-day moving average all need to be overcome for this near-term recovery to turn into a more considerable medium-term move. This is a big barrier to gains. 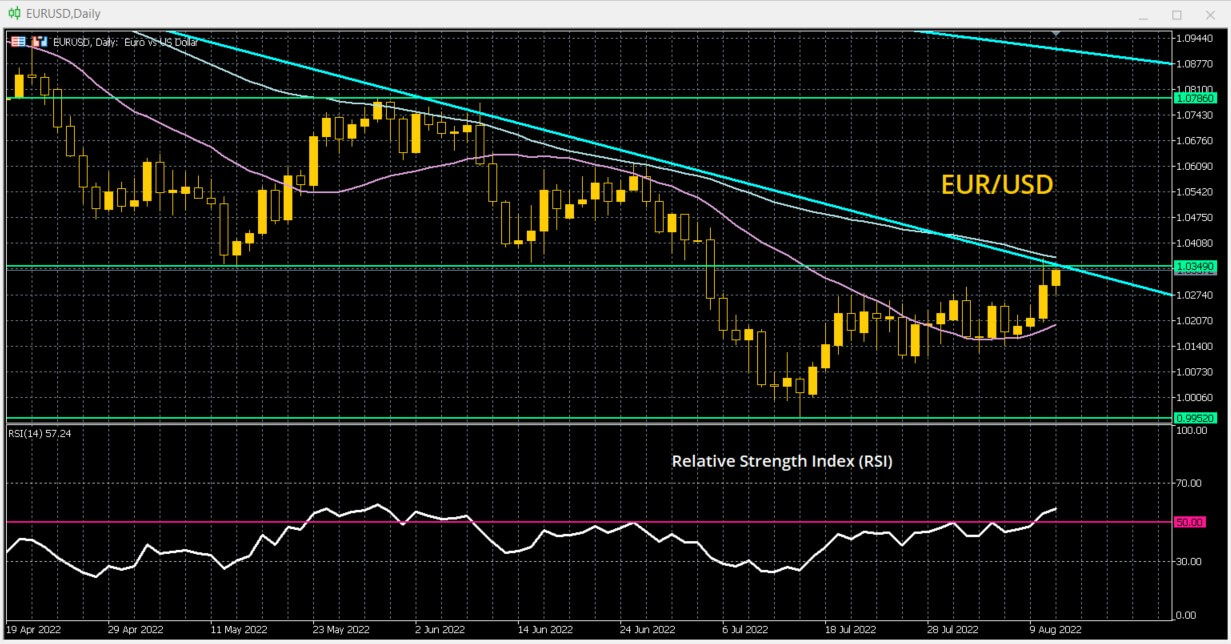 On GBP/USD there is also a barrier that stands in the way of recovery. The resistance band at 1.2290/1.2330 remains intact. If this can be broken then a move towards 1.2600 could be on the card in the coming weeks. 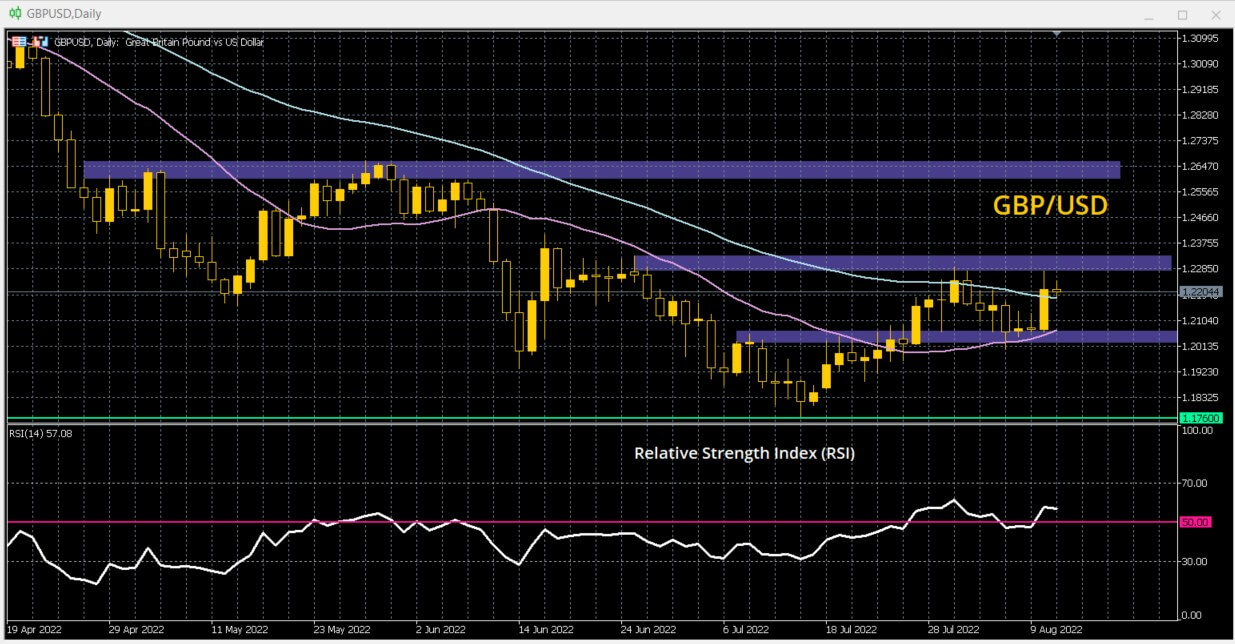 Wall Street is strong but stretched

US indices spent much of this week consolidating, but have burst higher on the US CPI. On S&P 500 futures (SP500ft) there has been a crucial breakout above 4201. This was the late May peak which was a lower key high in the sell-off. Breaking back above this is an important improvement in the medium-term technical outlook. With the strong momentum, it means that near-term corrections will be seen as a chance to buy. 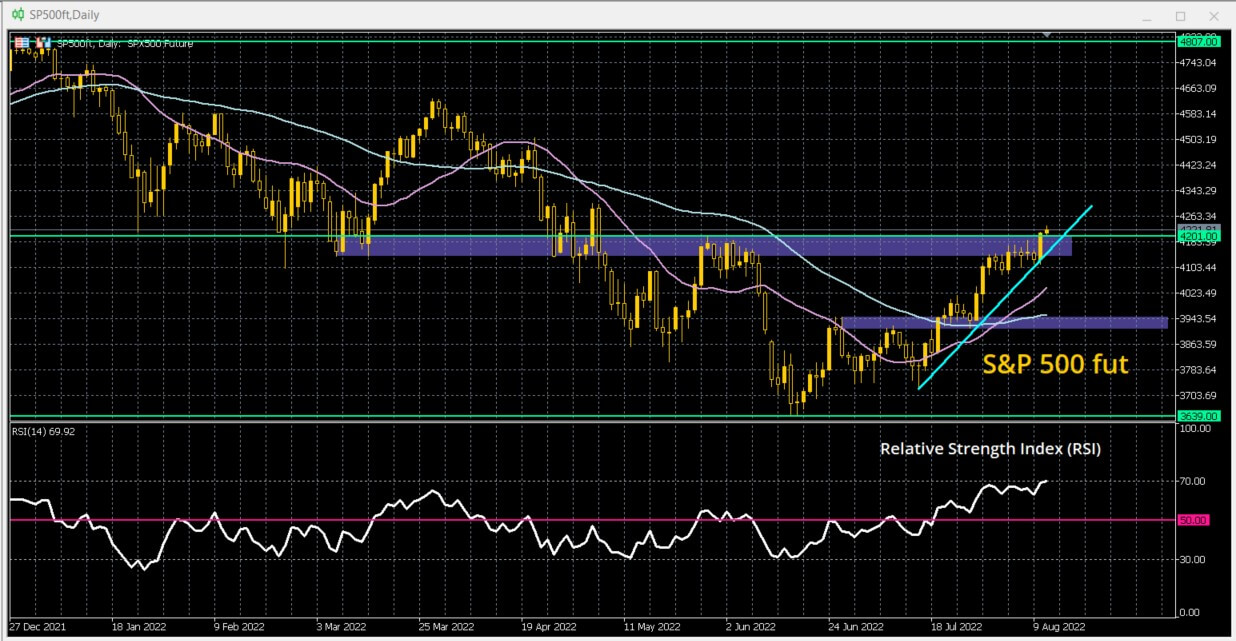 The near-term issue is that the RSI is hitting 70 now. Whilst this indicates strength in the trend, it also becomes increasingly likely that there will be some near-term profit-taking that unwinds some of the momentum. We favour buying into weakness now with good support between 4080/4145.

NASDAQ 100 futures (NAS100ft) are also very strong now. The one-month uptrend is a gauge, but there is also good breakout support between 12,700/12,945 to use for any profit-taking moves.

Inflation has fallen whilst expectations for Fed rate hikes have not been dragged back too significantly. This is not a great combination of gold and silver. The USD being corrective is helpful, but, notably, both Gold (XAUUSD) and Silver (XAGUSD) struggled yesterday.

For gold, the near-term recovery has been testing key overhead supply between $1785/$1805 this week. However, the move is struggling now. The uptrend is beginning to creak. This resistance at $1805 needs to be decisively breached (on a closing basis) to sustain the recovery (which is also struggling with the falling 55-day moving average. Reaction to the support band $1754/$1764 remains key. 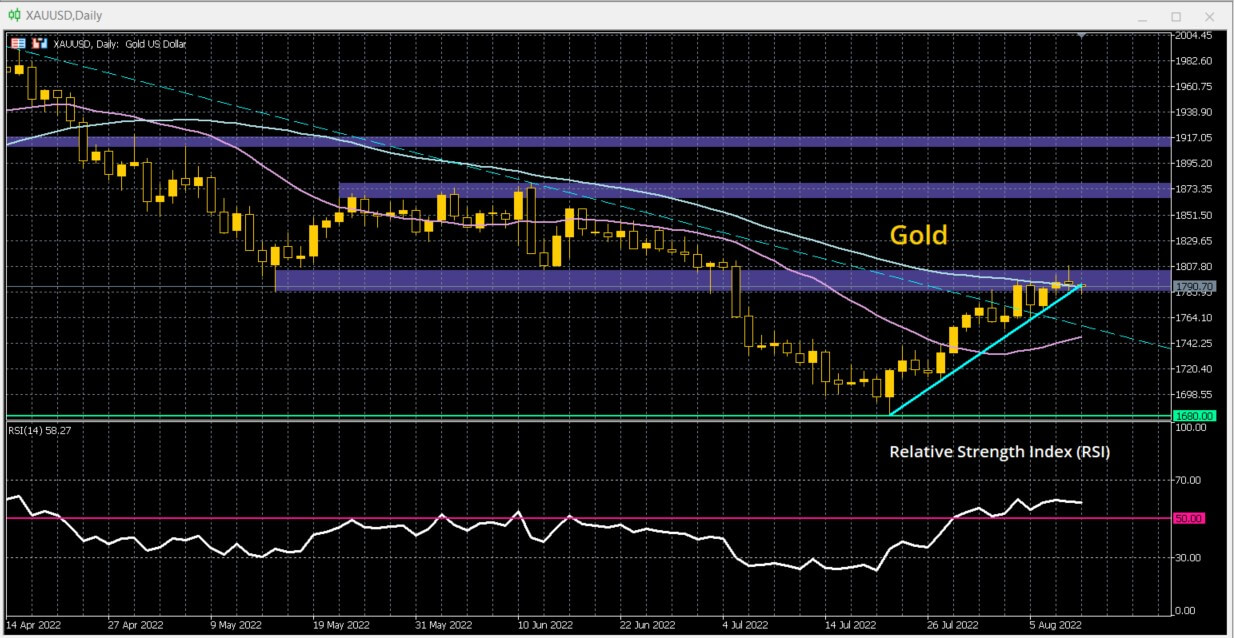 Silver looked ready to break higher earlier in the week, but has lost traction in a break above $20.50. If resistance at $20.89 can be broken, then it would open upside. For now, the recovery is still intact, but the lack of traction despite the USD weakness and risk positive broad market reaction is a concern. 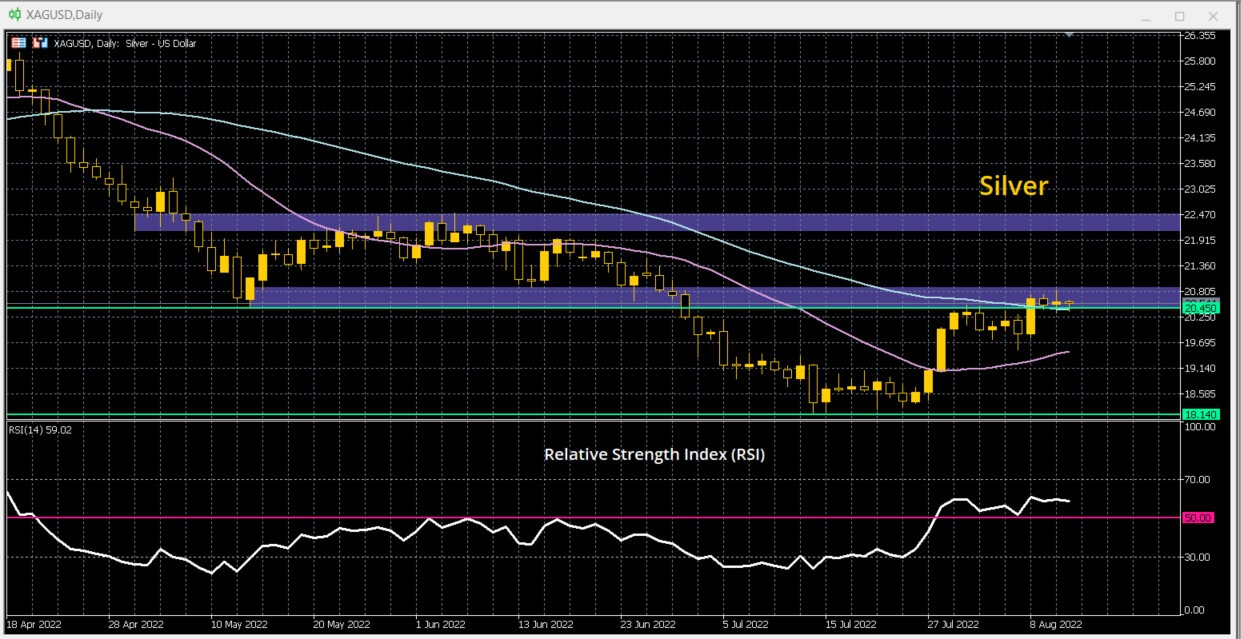