Despite the stronger-than-expected payrolls report on Friday, the USD remains on a corrective path, with gains being sold into. There is a mixed outlook across major markets to start the week.

Markets are looking mixed to start the new trading week. The initial USD strength move following the better-than-expected Nonfarm Payrolls on Friday was turned on its head into the close and the trend of USD correction has re-asserted. There is a shade of USD selling once more this morning, but the main move on major forex has been the rebound on USD/JPY. The pair is oversold and a tick higher in US Treasury yields has induced a near-term technical rally. However, the move is likely to be short-lived as the USD corrective move remains dominant. Elsewhere, equity markets are mixed to slightly lower, whilst there is a mixed outlook for commodities.

The services PMIs will be watched on a busy day for the economic calendar. Final UK Composite PMI is expected to be unrevised. Eurozone Retail Sales are expected to deteriorate significantly in October. Then on to the US data, the ISM Services (or Non-Manufacturing) PMI is expected to dip slightly but remain in decent expansion territory above 50. Furthermore, US Factory Orders are expected to improve again with decent MoM growth.

Market sentiment looks mixed: There is no dominant force guiding major markets this morning, with mixed signals across asset classes.

Treasury yields tick slightly higher: There has been a mild rebound on yields after last week’s decisive move lower.

OPEC+ formally endorse a policy rollover: The meeting has maintained current production levels, with members reportedly committed to maintaining rates until the end of 2023. There is support for the oil price this morning.

Cryptocurrencies find support: Cryptos are ticking higher this morning, with a positive start to the week. Bitcoin is +2% at $17360 which is the highest since 11th November. Ethereum is +0.9% at $1302.

Broad outlook: Markets are fairly mixed to start the week.

Forex: A bias of USD strength. However, it is interesting to see the big outperformers (JPY and NZD) are struggling this morning. Some profit-taking perhaps near-term.

Commodities: Precious metals remain positively configured and are a buy into weakness. Oil is stumbling around important resistance.

Indices: The recovery continues to show signs of stalling. 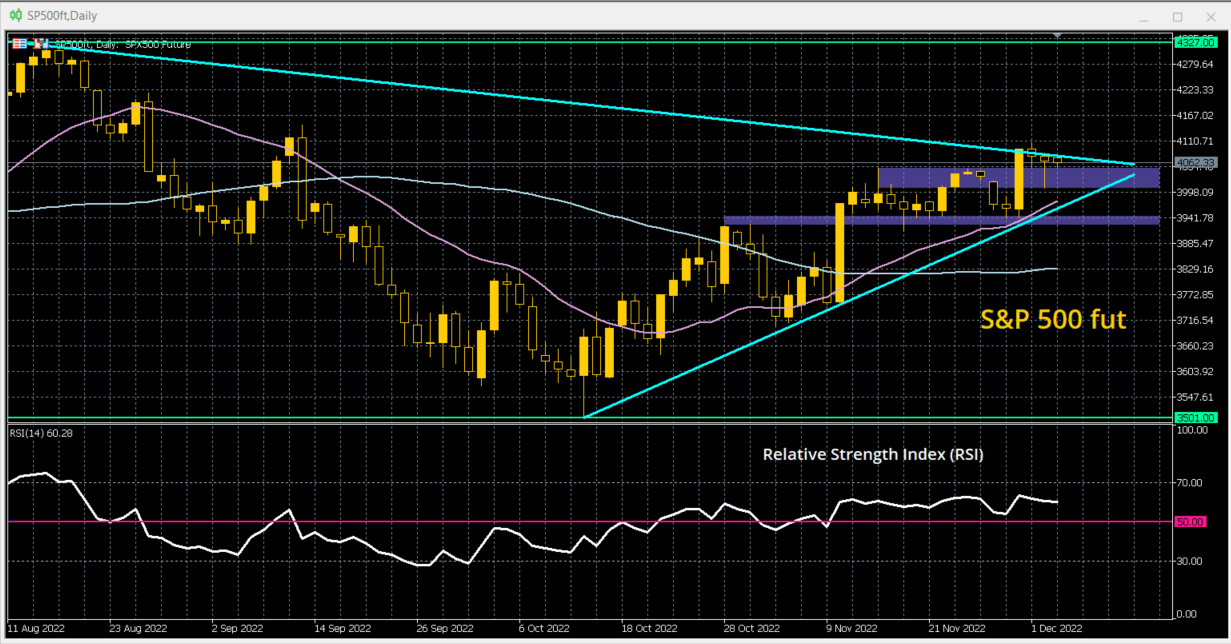 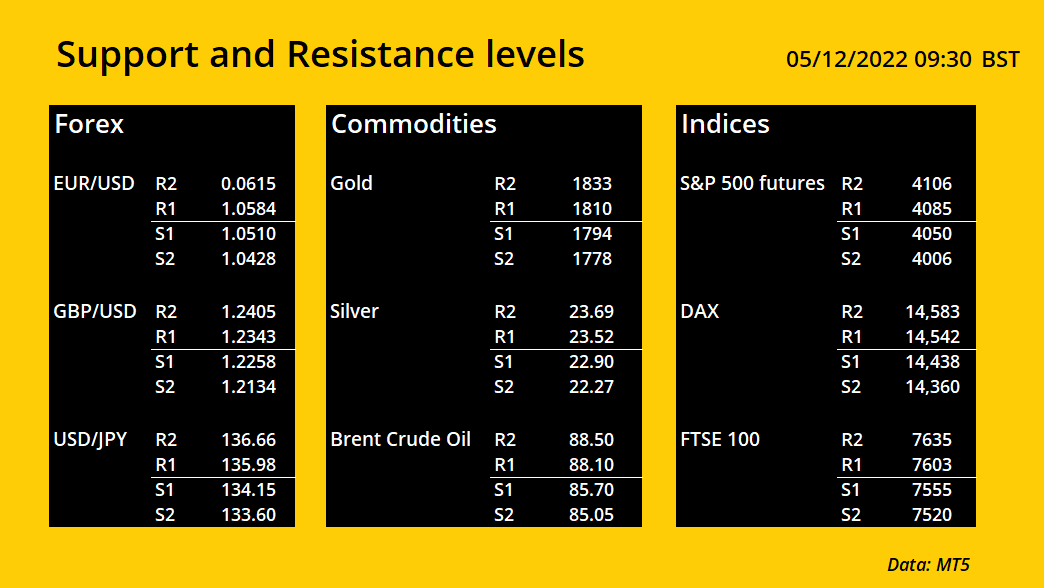