There has been an edge of recovery forming on the USD early this week. The move has also weighed slightly on risk appetite. This comes ahead of a key speech by Fed Chair Powell later today.

Markets have fluctuated in recent days, but there has been a hint of a USD recovery, especially in US trading on Monday and Tuesday. However, coming into the belly of the week today is packed with important events that will drive markets. Eurozone inflation is expected to fall, which would solidify market expectations of a 50bps ECB hike in December. However, Fed Chair Powell’s speech at 18:30 GMT will be key. Powell is likely to remain vigilant on inflation and this should be USD positive. Given how the USD has been positive into the close in recent sessions, this could help to add momentum to a near-term bounce for the USD.

Elsewhere, after sliding back early this week, there is a degree of support forming in major equity markets. However, if the USD continues to rebound, the gains on equities may struggle to be sustained. It sets up for a continuation of what has been a choppy couple of weeks on equities.

Market sentiment marginally improves: After sentiment has struggled in recent days, there is a marginally positive risk bias this morning.

Treasury yields edge lower after yesterday’s rebound: The early move is lower this morning, but this is bucking the trend of early this week which has seen yields rising into the US close.

Chinese official PMIs disappoint: The official government PMIs have all deteriorated and missed expectations. The General PMI dropped to 47.1 in November from 49.0 in October. The expectation was for a slight improvement to 49.3. Whilst this has barely budged sentiment this morning, it is still not very positive looking forward.

Fed Chair Powell speaking today: There is an increasing focus on FOMC speakers in recent weeks. Fed Chair Powell will be taken as a crucial guide for the next meeting. This is likely to mean significant market volatility around his speech at 18:30 GMT.

Cryptocurrencies rebound with risk appetite: With positive sentiment this morning, cryptos are bouncing. Bitcoin is +2.5% at c. $16900, with Ethereum +4% at $1268.

Forex: USD has once more weakened during the European session. The NZD, AUD and EUR are mild outperformers.

Commodities: Precious metals are positive again today, backing up yesterday’s rebound, but they need to hold the gains. Oil has also recovered from recent weakness, but is still at threat of selling into strength.

Indices: The recovery uptrends are holding for now. 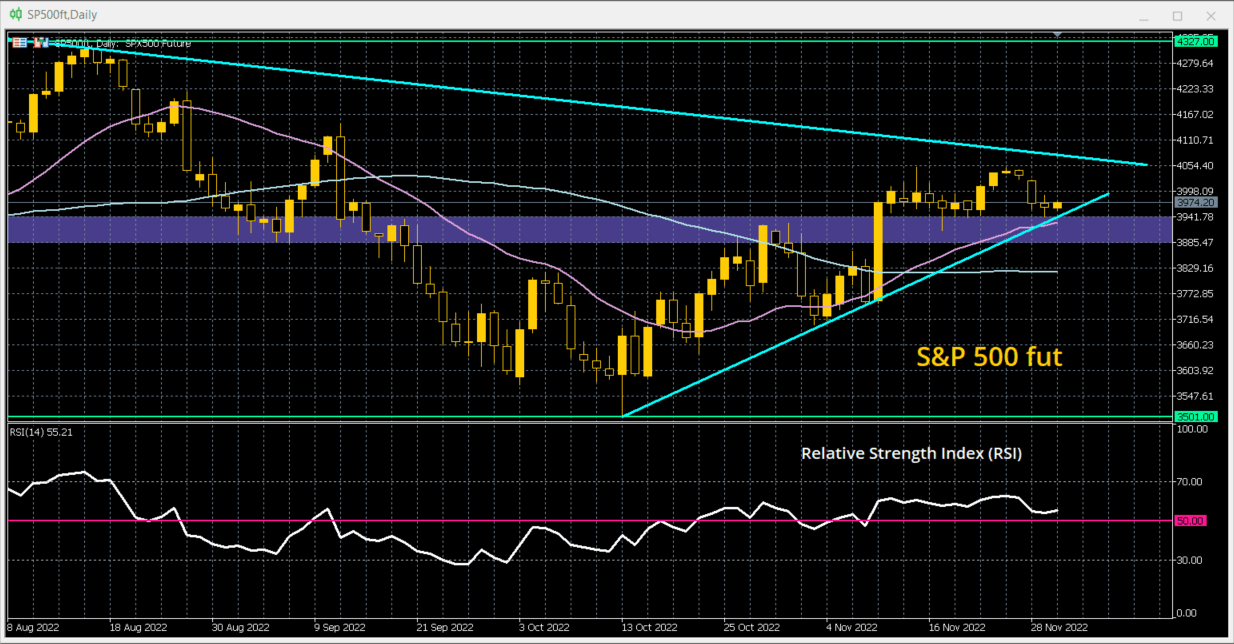 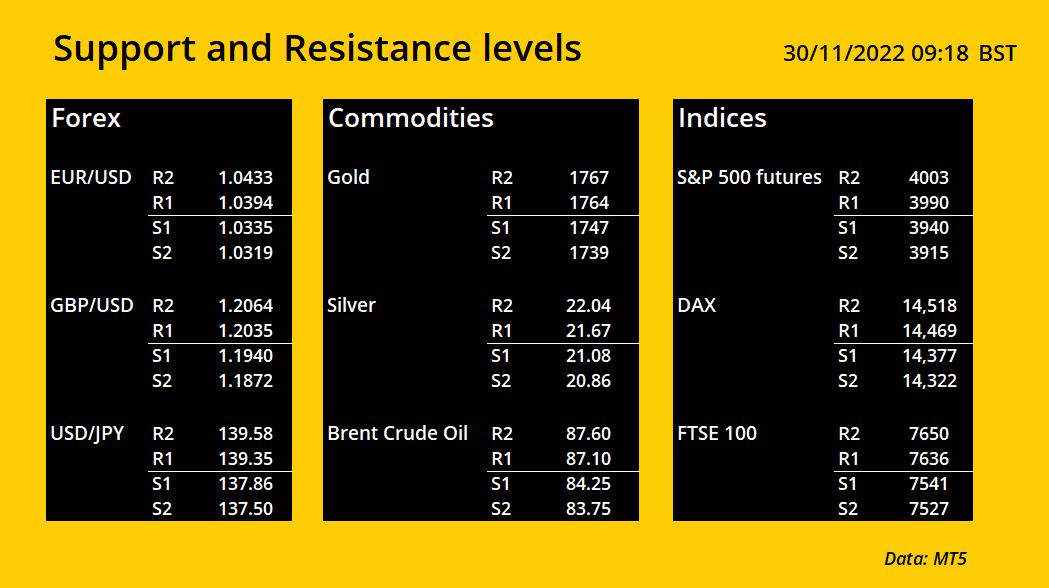