Markets have been far more settled in recent days, with an element of consolidation on commodities and indices. Major forex is also quieter but still trades with a mild USD negative bias. 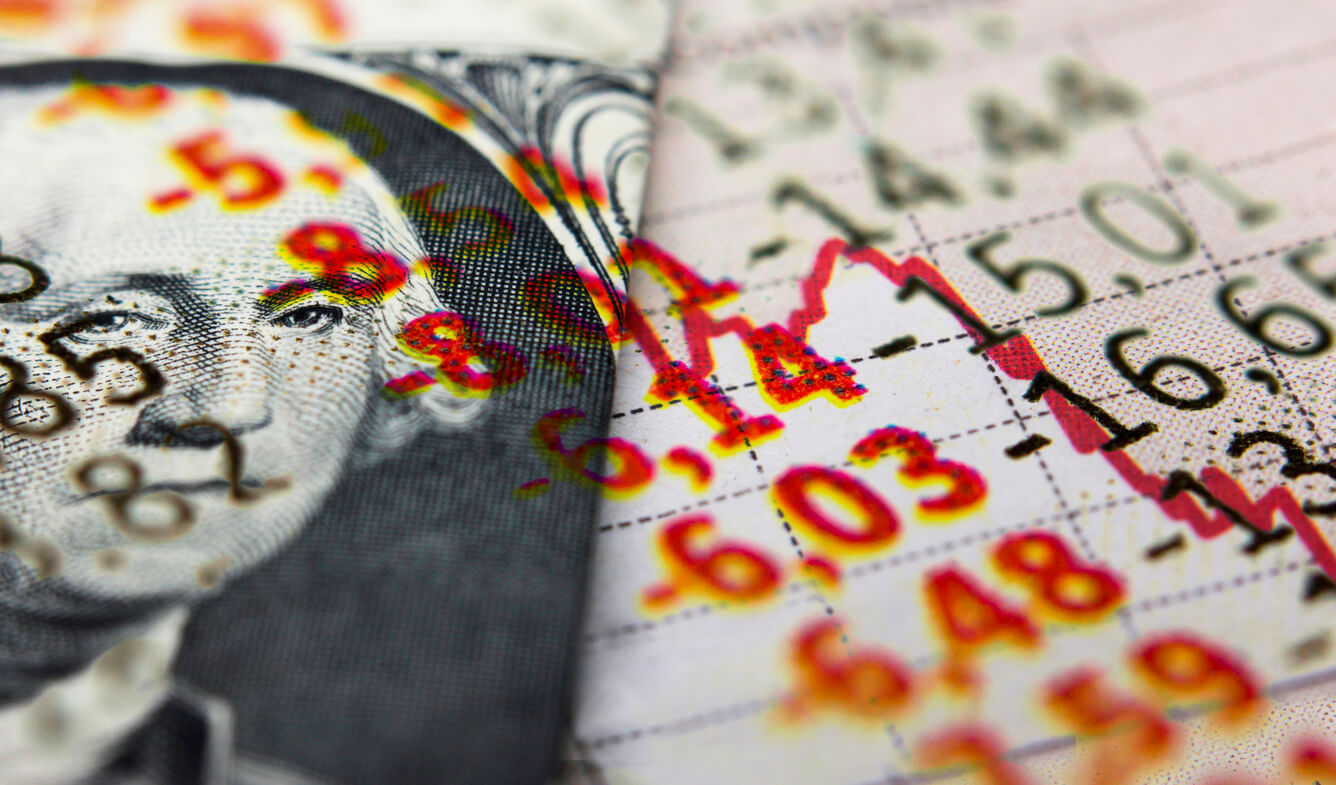 There is more of a sense of consolidation that has taken hold in major markets. As US bond yields have become more settled in recent days, the sting has been taken out of the USD selling, even though the negative bias remains. Equity markets have also begun to consolidate, whilst commodities are threatening to unwind some of the recent gains. Looking at the technicals, some of the recent moves have been hitting overstretched levels on near-term momentum gauges and this could begin to weigh for some profit-taking. Gold and silver are threatening to unwind, but equity markets are holding up OK for now.

UK assets may be in for a rocky ride today. UK Chancellor of the Exchequer Jeremy Hunt is announcing the Autumn Statement on the fiscal position which is likely to contain some considerable tax increases and spending cuts. We will be watching UK bond yields and the associated reaction on GBP.

There is a whole raft of lower-tier US data on the economic calendar today. We start with the final Eurozone inflation for October, although no revision to either core or headline HICP is expected. Then before the bell on Wall Street, there is a deluge of US data. Housing Starts and Building Permits are both expected to continue to decline. Jobless Claims are expected to remain steady after slightly ticking higher in recent weeks. Both Philly Fed Manufacturing and then (a little later) the Kansas Fed surveys are expected to improve slightly but remain in negative territory.

Market sentiment is slightly positive: Amid a growing sense of consolidation, there is still a slight positive bias to sentiment.

Treasury yields are consolidating early today: Yields are all but flat on the 2-year and 10-year Treasuries.

Australian unemployment has unexpectedly fallen: The jobless rate has dropped to 3.4% (from 3.5% in September). Consensus had expected an increase to 3.6%.

FOMC’s Waller “comfortable” with 50bps in December: Christopher Waller is arguably the most hawkish of the FOMC members and has said that the recent inflation decline has made him more “comfortable” with a 50bps hike in the next meeting (December).

A few more Fed speakers today: Michelle Bowman (permanent voter, leans a shade hawkish) is speaking at 14:15 GMT. Loretta Mester (2022 voter, very hawkish) is at 14:50 GMT. Phillip Jefferson (permanent voter, a shade dovish) is speaking at 15:40 GMT. %UK Autumn Statement today: At 12:30GMT the UK Chancellor of the Exchequer Jeremy Hunt will announce the UK Autumn Statement. After the fiasco of the mini-budget in September that brought down the previous chancellor and then Prime Minister Truss, markets will be looking for a reassuring fiscal update. Details on how to close a supposed £50bn black hole in the finances will be expected.

Broad outlook: There is still a slightly positive bias to risk appetite, although this is in a growing sense of consolidation.

Forex: USD is marginally underperforming major forex. The AUD is lower after the unemployment data. 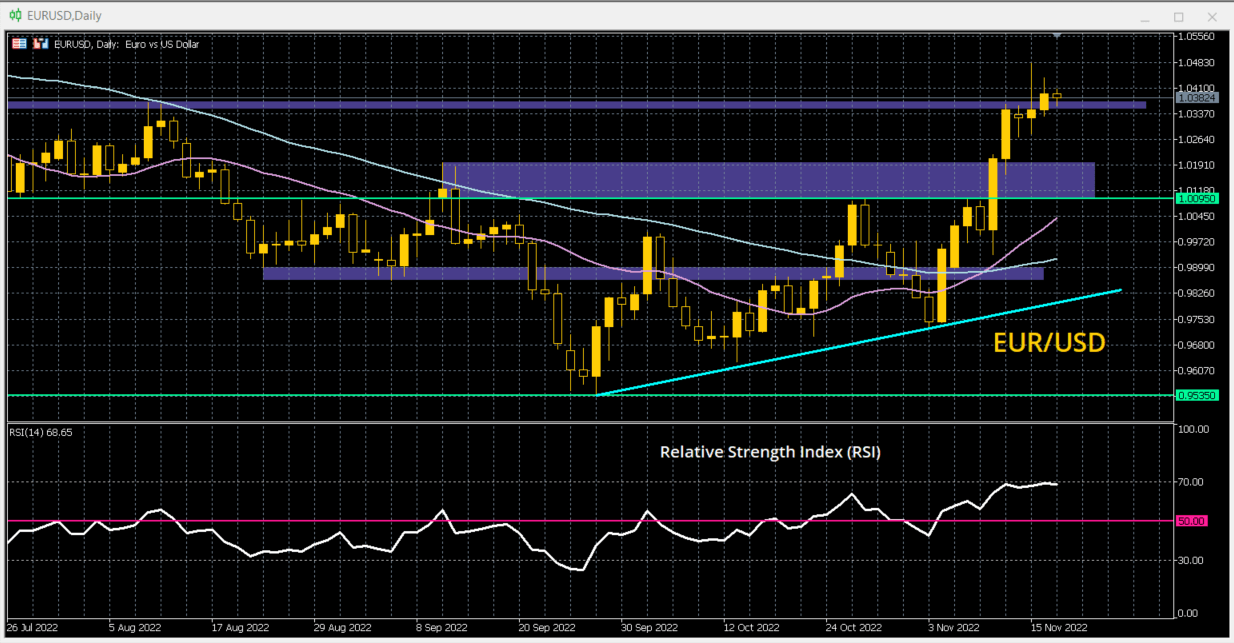 Commodities: Precious metals are threatening to unwind some recent gains. Oil is once more lower and is testing the support again.

Indices: There is a growing sense of consolidation. 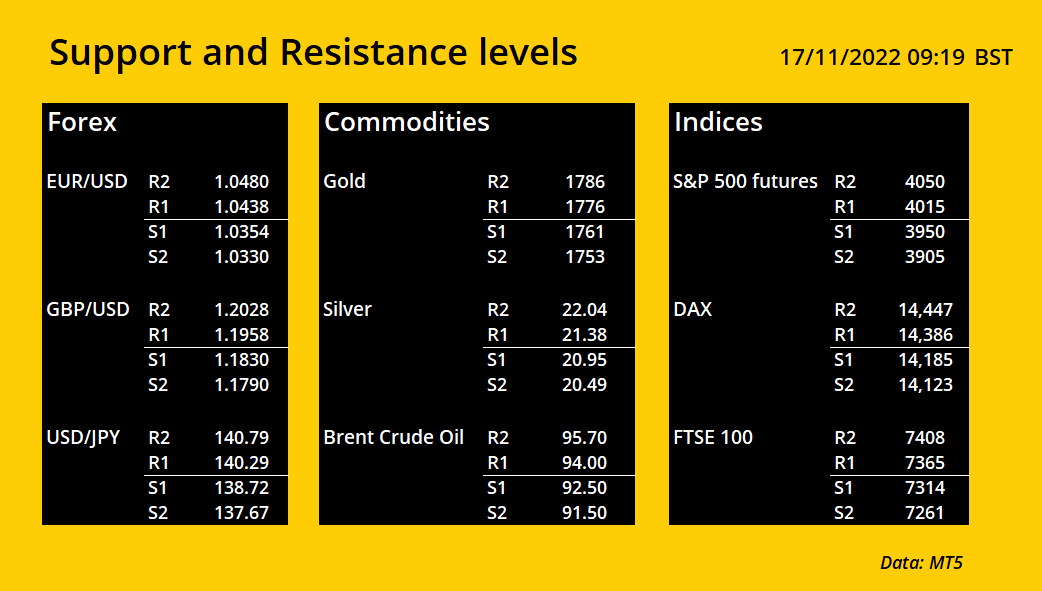