Markets remain subdued as the US Thanksgiving holiday weighs on liquidity and volatility. Although there is a marginal tick higher for the USD this morning, the existing trends of USD correction and risk recovery still hold.

It is Black Friday today in the US. The day after Thanksgiving is an odd half-holiday for US markets that many traders use as an opportunity for an extended Thanksgiving break. Bond markets and Wall Street do re-open for half a session but this often comes with significantly reduced volumes. Subsequently, there tends to be little direction for traders.

Into the European session, there is limited newsflow to drive markets, but there is a marginal negative bias to trading sentiment. This is helping the USD into the slightest of gains (mainly against the higher beta, and commodity currencies), but the moves are very limited. We are not anticipating any decisive direction today.

Once more, it is all quiet on the economic calendar today. There are no major economic announcements today.

Market sentiment is still subdued but marginally risk-negative: A minor USD rebound versus the higher beta currencies. with mixed moves on commodities and flat equity markets.

OPEC producers reiterate the OPEC+ framework: Saudi and Iraqi officials have stressed the importance of OPEC+ targets. This is important as Iraq has previously been pushing for higher production. The oil price has found support on this news.

Cryptocurrencies rally tails off: Crypto has rebounded in recent days. However, with the Thanksgiving holiday in the US, the momentum of the move has eased off. Bitcoin is slightly lower by -0.7% at $16410. Ethereum is -1.4% at $1179.

Forex: There is a very slight risk-negative feel as NZD and AUD slip back. 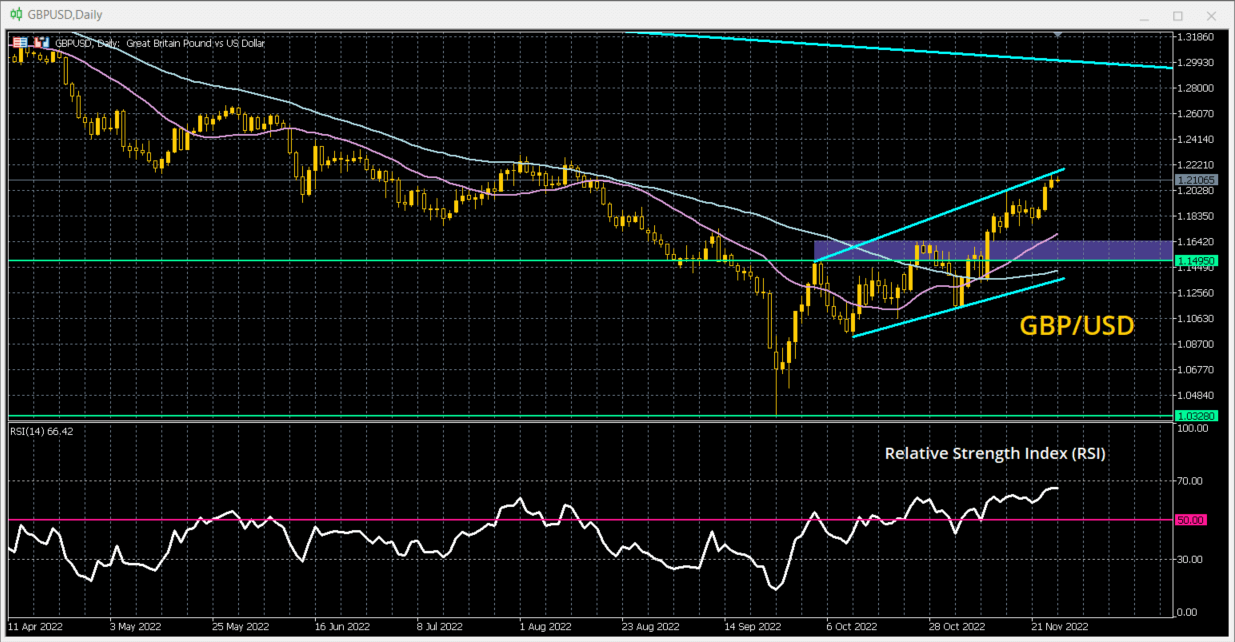 Commodities: Precious metals are just easing back slightly. Oil is trying to build a recovery within the trading range. 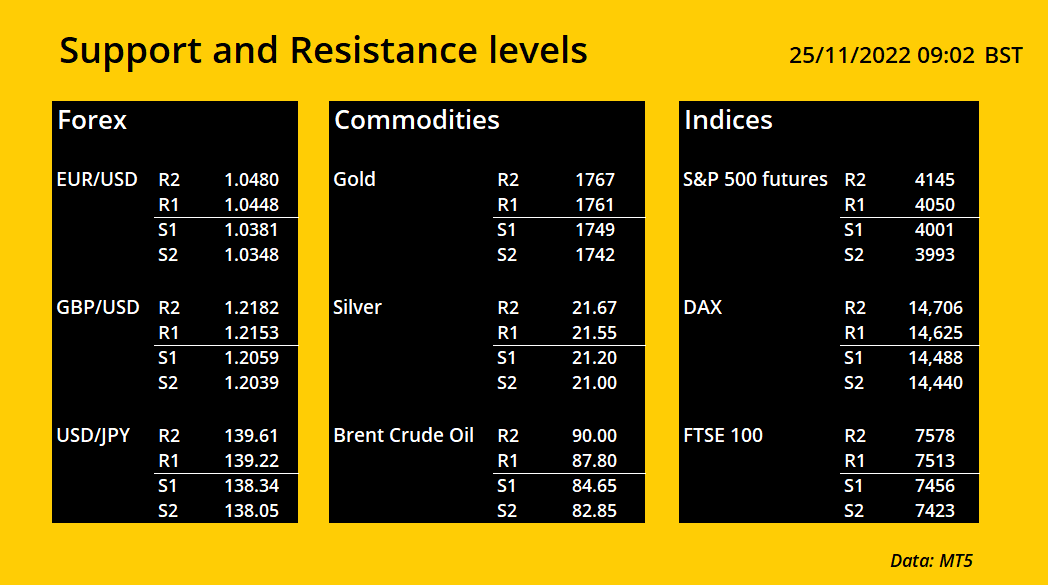