The European Central Bank has increased its interest rates by 75 basis points. This was in line with forecasts. It is initially weighing on EUR whilst supporting equities.

With a third major increase to the policy rates in a row, the European Central Bank (ECB) has hiked rates by 75 basis points (the second 75bps hike in two meetings). This increase is seen across the interest rates corridor:

This move continues the moves by the Governing Council to fight inflation and “bring it down to 2% in the medium term”. As such with inflation still moving higher (and forecast to move above 10% next week), there will be further rate increases in the future.

According to ECB President Lagarde in the press conference:

She went on to add:

“We are deliberately turning our back on forward guidance which is not helpful in the current circumstances given the level of uncertainty.”

In the press conference, Lagarde added:

“We have made progress on that normalisation path, but we still have ground to make.”

The rate may well have to “go beyond” the level seen be stabilising inflation at 2% in the medium term. However, she was then careful to caveat this, presumably so as not to sound overly hawkish. Lagarde was understandably trying to sit on the fence. The ECB will be acting according to the data (meeting by meeting) and not along a preset path.

The 75bps hike was entirely expected. The voices of Governing Council members of the ECB had been singing a very similar tune in recent weeks. So, even though a 75bps hike appears on the surface to be a big hike (and it is), markets were ready. There was little significance to believe the ECB will go above and beyond on the hawkish scale.

By continuing to act on a meeting-by-meeting basis, the ECB decisions are data-dependent. With economic activity data continuing to surprise on the downside, there will be a concern that negative growth data hampers the ability to hike rates.

German Bund yields have fallen decisively on the back of the decision. Just over an hour after the rates announcement, the 10yr yield has fallen by over -15bps. This reflects a mild dovish bias in the decision. This is also weighing on EUR slightly.

EUR is sliding lower on this and the move has taken EUR/USD back under parity. The price has fallen as much as -70 pips, but could now also be finding support. This is a key test as there is important technical support around 0.9900/1.0000. Holding above parity into the close would help to sustain the recent recovery outlook. 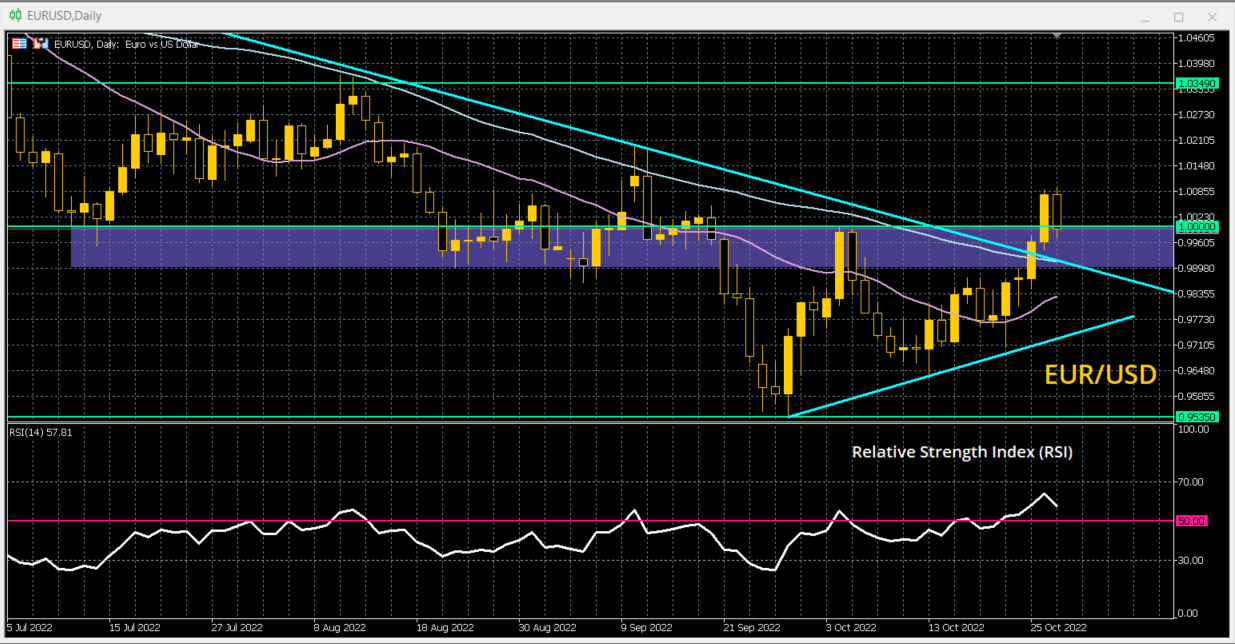 Equity markets are finding support, with the German DAX (GER40) rebounding intraday by around 150 ticks since the decision. The recent recovery appears not to have been derailed by this. There will be an element of following Wall Street higher in the wake of higher than expected US Advance GDP. For the DAX, the primary downtrend continues to be tested. The next resistance is at 13560. 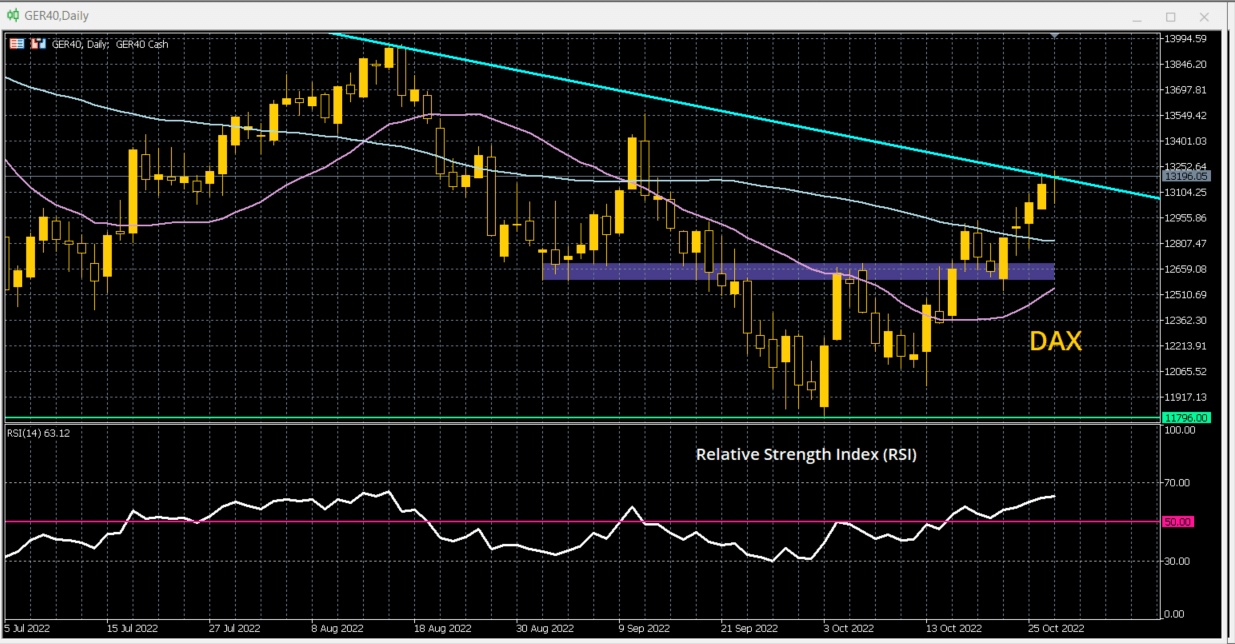