We look into the impact that the recent sharp moves higher on bond yields are having on Wall Street indices. A switch from growth into value could be one impact but this will likely also impact the overall performance of Wall Street. 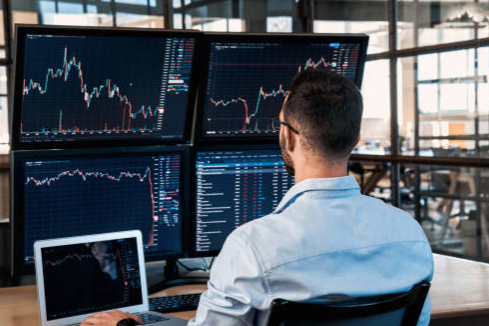 Equity markets are in a state of flux. There is uncertainty over the medium-term outlook. No longer do we see indices on a slow grind higher. There has been a breakdown of the positive technical outlook. The Federal Reserve is ready to tighten monetary policy, and there has been a reaction across major markets in recent days. We look at how this will impact indices. We believe this could be the moment where trading ranges take hold.

Rising yields tend to be bad for stocks

Rising interest rates make it harder for equities to outperform as an asset class. Fundamentally it becomes more expensive for companies to borrow (either through the banks or through corporate bond markets). It also marks an end to an ultra-loose monetary policy era in which higher-risk assets tend to perform well.

Growth stocks have been the key driver of the outperformance of Wall Street over recent months. As bond yields have been falling for the past six months (March to September) growth stocks have significantly outperformed value. The NASDAQ (all growth stocks) has been the outperformer that has dragged the S&P 500 higher. The Dow (with a far higher focus on value stocks) has been the laggard. The Russel 1000 Value ETF (comprised of the top 1000 value stocks on Wall Street) performance is very close to that of the Dow.

The other takeaway from this is that the value stocks have contributed far less to the big bull run than the growth stocks of the NASDAQ. However, if growth stocks begin to struggle, then the overall performance of Wall Street will also struggle.

As yields go up, the opportunity cost of owning less risky (higher-yielding) value stocks is reduced and their performance improves. If this continues, growth stocks will begin to underperform value stocks. Yesterday, as the US 10 year yield moved sharply higher, we saw NASDAQ falling far more than the S&P or Dow.

The S&P 500 futures (MT5 code: SP500ft) broke a six-month uptrend a couple of weeks ago. On the technicals, we can see moving averages rolling over (21-day ma) or flattening (55-day ma). A flat 55 day moving average suggests a ranging three-month outlook (medium-term).

The Relative Strength Index (RSI) momentum consistently found buyers resuming control between 40/50 during the six-month uptrend. However, a recent drop to 30 and subsequent failure at 50 is a warning that at least the bull run has lost its way. It means that a ranging outlook is becoming increasingly likely now.

There is a similar picture on the Dow futures (MT5 code: DJ30ft), however, the range has been far longer developed. A seven-month uptrend broke in September and a trading range has developed. Support around the lows of 32,900/33,500 hold a floor, but the 55 day moving average has flattened, whilst the RSI is consistently failing around 60, the Dow is certainly developing ranging characteristics.

As mentioned earlier though, it is still the tech-heavy NASDAQ that is a key driver of how Wall Street (taken as the S&P 500) performs. NASDAQ 100 futures (MT5 code: NAS100ft) is suffering in the past 24 hours and is potentially close to topping out.

A closing breach of 14,710 would be 1000 ticks from the all-time high and would complete a “head and shoulders top”. If this also broke the primary uptrend (which dates back more than 15 months to June 2020), then this could turn increasingly corrective.

The growth stocks of the NASDAQ are under corrective pressure as bond yields spike higher. The longer bond yields continue to rise, the longer that this unwinding of the long term gains on the NASDAQ will continue. Although the value stocks weighting in the S&P 500 will help to support the broader market, there is a risk that this will weigh down its performance.