The final week of the month has an array of tier-one announcements. US growth, major central banks, and Eurozone inflation and growth numbers are just the start. 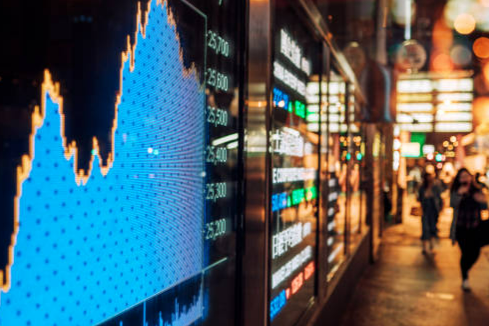 There are several tier-one announcements throughout the calendar this week. There are three major central banks, with the ECB meeting the highlight, whilst we also get a first look at Q3 US growth with Advance GDP. Other major central banks updating their monetary policy include the Bank of Japan and the Bank of Canada, in addition to the Colombian central bank too. However, the data does not stop there.

How far growth moderated in Q3 as inflation continues to rise will be a key theme across major economies, and US Advance GDP will be a crucial signal of this. Just how far lower will the supply shortages drag growth in Q3? Consensus forecasts of +3.2% annualised growth (down from the huge +6.7% in Q2) are running way above where the Atlanta Fed’s GDPNow growth tracker is sitting, currently way down at +0.5%. This gives weighting to the potential for a negative surprise.

Once more we also see eyes tracking towards the US inflation outlook. After the US core CPI levelled off at +4.0% a couple of weeks ago, it will be interesting to see if the Core Personal Consumption Expenditure (the Fed’s preferred inflation gauge)also plateaus at the current +3.6%.

The Bank of Canada is expected to continue to wind down its weekly asset purchases at the monetary policy meeting this week. Purchases currently run at C$2bn per week and are expected to be cut to C$1bn per week ahead of what is expected to be the end of the program at the December meeting. Interest rates are though expected to remain at +0.25% as considerable slack remains in the economy

Major central banks take the focus this week, with the European Central Bank and the Bank of Japan certainly key events. For the BoJ, as per usual, we are not expecting any changes to the -0.1% deposit rate. Although core inflation moves above zero for the first time in 18 months, this is unlikely to mean anything for policy.

The ECB is tackling rising inflation and a deterioration of PMIs (growth outlook). Although the ECB may talk about higher inflation, it is not yet sustainable enough to impact materially on policy. We are not expecting much this meeting, with the update on asset purchases at the March 2022 end of the PEPP more of a December question.

Eurozone inflation and GDP will also be key events on Friday. How high will inflation rise in October? How far did growth moderate to in Q3? Headline inflation is expected to increase to +3.7% but the core is likely to remain steady at +1.9% (which is still under the ECB’s 2% target). Seasonally adjusted GDP grew by +2.2% in Q2, but a growth slowdown is expected in Q3 as supply chain issues continue to bite.

Unemployment is a key theme across LatAm this week. Trends have been improving in recent months. Brazilian unemployment fell to a 12 month low, Chile is at a 17 month low, and Colombia is at an 18 month low. A continuation of these trends will help to support the currencies.

The Colombian Central Bank interest rate decision is on Friday. After raising rates by +25 basis points to 2.00% in the meeting at the end of September, the question is whether there will be a repeat in the meeting this week. Three of the seven board members had been looking for a +50bps hike in September and with inflation above the bank’s 2% to 4% target range, another increase could be coming this week.