Week Ahead: Major economy growth and inflation in focus

Growth and inflation for major economies will be the big focus this week. US Advance GDP and Eurozone inflation are the highlights. 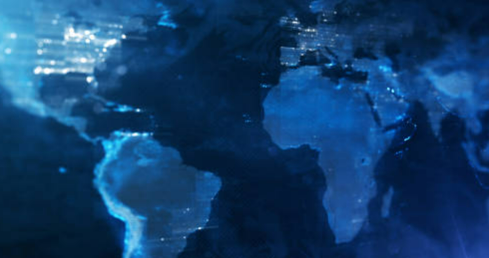 In the final week of the month, the initial reaction to the French Presidential election on European assets will be key. However, with markets already prepared and quickly pricing in the result, attention will quickly turn elsewhere, with a return of the tier-one data for major economies. There is a big focus on inflation and the first look at Q1 GDP for both the US and Eurozone. We are also looking at inflation elsewhere too, in Australia and Latin America.

Given the sharp increases in inflation and the legacy of the war in Ukraine, the first look at Q1 growth with US Advance GDP will garner a lot of attention this week. The consensus is looking for +1% (annualized), with the analyst range broadly between 0% and +2.0%. The well-respected Atlanta Fed’s GDPNow model suggests +1.3% growth. Any downside surprises to the consensus would be risk negative and may weigh on Treasury yields (especially at the longer end of the yield curve). This may lead to some USD profit-taking.

Core PCE inflation is expected to continue the track higher, with a move up to 5.5% which would still be a whole one percent below the core CPI. More interesting would be any signs that peak inflation may be close. This was hinted at after the US Core CPI missed estimates a couple of weeks ago.

The Conference Board’s Consumer Confidence is expected to track back lower. However, with the prelim Michigan Sentiment ticking higher to 65.7 in April there is a slight divergence which may reduce the market impact of the confidence data. However, any positive surprise would be seen as USD supportive.

Inflation and growth data are key this week. Australian inflation is expected to move decisively higher in Q1 to 3.4% (on a Trimmed Mean basis) which is decisively above the Reserve Bank of Australia’s inflation target average range of 2% to 3%. This will add to the growing pressure on the RBA to start tightening rates. The hawks on the Governing Council of the European Central Bank continue to gain voice too. Two members are now calling for a  July rate hike. With Eurozone inflation expected to continue to tick higher in April, this clamor will only grow. However, if flash Eurozone GDP disappoints, the hawkish implications may be slightly muted.

Elsewhere, whilst we see inflation is starting to rise in Japan (core CPI at +0.8%) the  Bank of Japan is staunchly sticking to its dovish line. It recently promised to buy an unlimited number of government bonds (JGBs) to keep the limit of the 10-year yield below 0.25%. Despite the rising inflation, the BoJ believes it is a “cost-push” move (according to BoJ Governor Kuroda) which will moderate in due course. It is therefore appropriate to “continue easy monetary policy” to achieve the 2% inflation target.

Brazilian mid-month inflation is expected to continue to move higher in April. This would further firm expectations that further rate hikes may be on the way by the central bank.

Unemployment has been trending lower across the major Lat Am economies over the past year to 18 months. However, there have been some signs of the jobless rates beginning to pull higher again in the early months of 2022. Given the high level of interest rates from central banks, these increases will be watched closely by central banks.

The Colombian central bank hiked interest rates by +100 basis points to 5.0% at the end of March. However, this was less than the 150bps (+1.50%) hike that had been forecast by analysts. An even bigger increase could be seen this month as inflation soared above 8.5% in March.