US announcements are limited to Fed surveys and housing data, so market participants may look towards a slew of tier one UK data for added volatility. The BoJ is also in action, whilst inflation remains crucial across the globe. 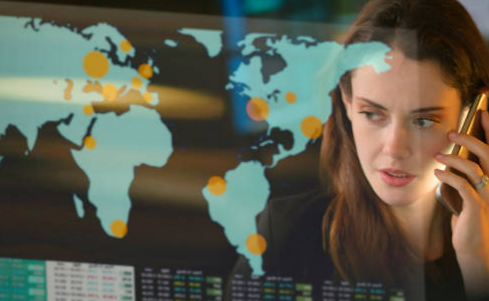 The third week of the month is often fairly quiet for US economic data. This week conforms to that trend, with scant pickings as traders have a dusting of housing data and Fed surveys to get through. It is quite the contrast for the UK, with this being the big week of the month for data. Sterling traders will be busy sifting through unemployment, inflation, and retail sales. In Asia, the Bank of Japan is unlikely to cause too much of a stir, whilst the focus is on inflation in Lat Am.

It is fairly quiet for US data this week. The housing data is not likely to cause much of a stir if the consensus is anything to go by. However, the regional Fed surveys will be worth watching. The New York Fed (Empire State) Manufacturing tends to be fairly steady but may drop slightly. However, the Philly Fed survey is historically one of the stronger readings and fell sharply last month. Consensus expects a recovery, but if this is not seen it may cause a bit of nervousness for USD.

Canadian inflation will also be important, certainly for CAD. Inflation is expected to continue to track higher. As is the case for many central banks, the Bank of Canada will certainly be keeping an eye on the level of inflation. Interest rate futures point to a 50% chance of a rate hike in January. This would go up if inflation surprised to the upside, and would strengthen CAD.

News agency, Reuters, are suggesting that the Bank of Japan will begin to discuss the concept of higher rates soon. However, it may be a little soon this week, with core inflation currently just +0.5% and forecast to stay there. Subsequently, we are not expecting too much from the decision. However, any discussion around hikes may generate some interest in JPY.

A raft of tier one UK data will give GBP traders plenty to get their teeth into. Unemployment is falling but wages are also expected to drop back. The action will crank up on Wednesday with the inflation data. Headline inflation is expected to continue higher, but with core CPI expected flat, this could be where the action comes. Retail Sales have been improving month on month for the past four months. A continuation of this will continue to underpin a recovery in GBP.

Brazilian inflation is amongst the highest of the G20 nations and in Latin America. The IPCA benchmark inflation was 10.07% in 2021, with the figure down from 10.74% in November. Therefore, the first look at January inflation will be keenly watched. Any hint of a continuation of rising prices will add to speculation that the Brazilian central bank will need to hike more than the current 9.25%. The expectation is currently that another +150 basis points of rate hikes will be seen in February.