Home / IX Intel / Week Ahead: Focus on the Fed as central banks take the stage

Week Ahead: Focus on the Fed as central banks take the stage

There is a deluge of tier-one data this week. Three major central banks and two in Lat Am update monetary policy, all expected to hike rates. With PMI data, unemployment (including Nonfarm Payrolls) and inflation, this could be a choppy week for markets. 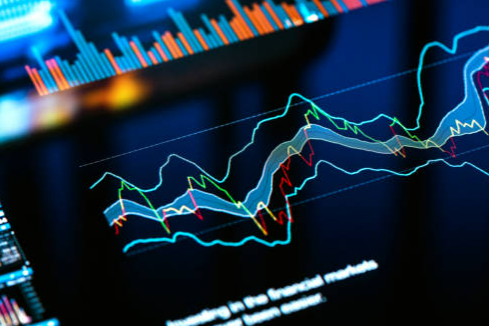 The first week of the month is always jam-packed with tier one data, and this one is certainly no exception. The central banks take to the stage this week, with the FOMC meeting looming large. A rate hike is guaranteed and is almost nailed on to be a double hike of +50 basis points. However, elsewhere the decisions look far more nuanced, with the Bank of England (BoE) and the Reserve Bank of Australia (RBA) to be watched. However, the monetary policy announcements do not stop there, with central bank decisions for Lat Am countries such as Brazil and Chile. Add in the PMIs, inflation, and the Non-farm Payrolls report and there is something for everyone this week.

The Federal Reserve has a huge meeting this week. With the magnitude of the inflationary pressure that has built up over recent months, the clamor for more aggressive monetary policy tightening has grown ever more significant over. Markets have entirely priced in a +50 basis points hike at this meeting (to 1.00%). Although we will not be getting updated economic projections or “dot plots” of interest rate projections, how the Fed guides for further rate hikes will be key. Interest rate futures are suggesting another 6 hikes this year, maybe even 7. The Fed’s intent toward running down the asset purchases on the balance sheet will also be another issue for market participants. The question has the Fed reached peal-hawkishness? This FOMC meeting may suggest it is close.

The US ISM data have tended to be tracking lower in recent months, but there was a small uptick for the Services data in March which is again expected to be seen in April but also joined by an improvement in Manufacturing too. This would point to a decent start to Q2 for the economy and help to suggest that the Q1 GDP decline was something of an anomaly.

Nonfarm Payrolls will be the final focus of the week when the US Employment Situation is released on Friday. The headline jobs number is expected to reduce slightly, whilst unemployment is holding around 3.6%, close to the pre-pandemic lows of 3.5% and the participation rate is expected to improve again. Average Hourly Earnings are expected to hold at 5.6% which is a near two year high but also would help to build a picture of a potential plateauing of inflationary pressures.

This could be a tale of rate hikes from two central banks. On the one hand, there is a potential first-rate hike from the Reserve Bank of Australia. Rising inflation and mounting wage pressures are driving expectations of tighter monetary policy from the RBA that could see rates up to 1.50% by the year-end (according to a Bloomberg survey). The uncertainty of a hike and the potential size of the hike would suggest volatility in AUD. Consensus is for +15basis points (to +0.25%) but +40bps (to +0.50%) cannot be ruled out.

On the other hand, is the Bank of England, which was much more cautious at the last meeting. A 25bps hike is expected (to +1.00%) but how unanimous will the decision be? An 8-1 split is expected but any less than the 8 would be seen as another dovish indication. SONIA interest rate futures still suggest as many as 6 more hikes this year, but this looks very steep. This could be the meeting that signals a hauling back of this expectation.

Elsewhere in the data, the PMI data is mostly just revisions of the flash April data released over a week ago. The major economy unemployment rates are expected to remain either steady or continue to improve, whilst Japanese core inflation is expected to increase slightly.

With inflation pressures still rising, the central banks are being forced into action once more. Another +100bps of hikes for the central banks of Brazil and Chile are expected to ensure rates keep pace with inflation. Consensus forecasts are generally spot on with the actual with Brazil but have a sketchy record with Chile. Hikes of +150bps have been seen in the past few rate moves. Will this trend be bucked with only +100bps this time? With inflation jumping considerably in March to 9.4%, there is an upside risk to the interest rate forecast.