Wall Street at another key inflexion point ahead of the FOMC

The FOMC meetings have marked key turning points for Wall Street in 2022 and another is set for today. We consider potential targets for market reaction. 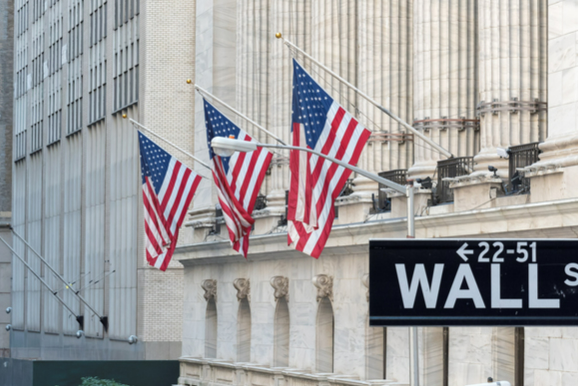 Throughout the early months of 2022, Wall Street has seen some significant swings in outlook. The swings have often coincided with FOMC meetings. We consider the potential market reaction to the May FOMC meeting. Below, we discuss:

The big swings on Wall Street

However, the chart above shows the performance of key Wall Street markets in the year to date. We highlight a couple of notable observations.

Firstly, we see the considerable variance in performance of the NASDAQ 100 futures and the Russel 1000 Value index. The NASDAQ is a growth index, packed with low-yielding, expensively valued stocks. Growth stocks underperform when interest rates (i.e. bond yields) are rising. The Russel 1000 Value index is packed with higher-yielding stocks that are more defensive and have cheaper valuations.

It is also worth noting that the S&P 500 (a mixture of growth and value) is lagging, whilst the Dow (more stacked with value stocks) is relatively stronger. The moves on NASDAQ are far more extreme compared to the Russel 1000 Value, underperforming on the declines but recovering relatively faster.

Secondly, we note that the FOMC meetings of January and March came around the bottoms of swing cycles in the performance of Wall Street. In both cases, there has been a two-week rally following the FOMC meeting. After the two weeks, markets have swung lower for about four weeks.

The US dollar and US equities have a negative correlation. The dollar has been hugely strong in recent months, and this has weighed on Wall Street. However, there are signs to suggest that perhaps the market is approaching peak Fed tightening expectations. If so, then the USD may begin to ease lower. This would help support Wall Street. The Dollar Index and S&P futures traditionally have a negative correlation (c. -0.24 average over the past 12 months). The correlation is currently extremely strongly negative.

Wall Street's reaction to this meeting could be key

The reaction to this FOMC meeting could mark another important inflection point on Wall Street. There has been a slight uptick (or at least support formation) following several weeks of selling pressure. This has come around the support of key medium-term lows. If this support can hold then Wall Street could be in store for another phase of near to medium-term recovery.

However, the risk is that given the importance of these key support areas, a decisive negative reaction could sens markets into a negative spiral lower.

The S&P 500 futures (MT5 code: SP500ft) have broadly held on to the support around 4100 this week (aside from a brief intraday breach, there has been no closing breach of support). This reflects how important this level is, as the bottom of a medium-term range 4100/4630.

A continuation of the rebound in the wake of the Fed meeting today could mean a recovery into the mid-range pivot band 4350/4390 in the coming weeks. However, a bearish reaction to the Fed rate hike (for example if Fed Chair Powell increases hawkish expectations) then there could be a downside break of 4100 that then completes a falling wedge pattern. This would then imply a downside target of 3930.

It is a fairly similar outlook for the Dow futures (MT5 code: DJ30ft). A swing back higher is threatening traction in a recovery. A continuation of this after the Fed meeting would likely see a recovery into 33,900/34,200 which is the mid-range pivot band. However, we also see the importance of how the Dow futures react around the 32,165/32,575. A downside break would open a much deeper correction.

As highlighted earlier, the NASDAQ 100 futures (MT5 code: NAS100ft) have been more susceptible to the selling phases throughout 2022. The March low of 12,940 has been breached decisively, before the rebound early this week. There is resistance at 13,540 which is a barrier to the 13,725/13,900 mid-range pivot band.

We are seeing bearish momentum configuration and a death cross on the 21 & 55 day moving averages. The outlook remains corrective and a break below 12,700 would open 12,200 as the next test of support. There is a lot for any buyers to overcome to generate any sustainable confidence.