A forex report discussing the outlook for the US dollar. Movement in bond yields continues to be key for the USD outlook. The report looks at the drivers and the key levels that traders need to look for on the charts of major forex pairs. 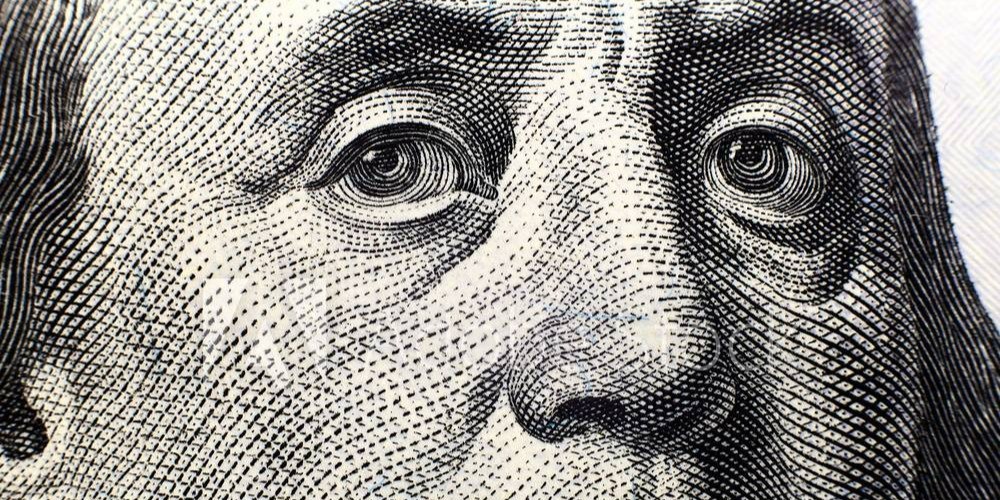 Price action across major forex markets has been far more uncertain of late. The US dollar (USD) selling trend that has been a feature since the beginning of April is breaking and this is impacting across major pairs. The reason for this chink of light for the dollar bulls comes from the bond markets. However, much needs to happen for this broken downtrend to turn into a recovery.

The turning point for the USD rally of Q1 came right at the beginning of April when the 10 year Treasury yield lost its upside traction. The reason was that inflation expectations kept on rising. Inflation expectations (as measured by the US 10year Breakeven Inflation rate) had also been rising through Q1, but not as fast as the US 10 year Treasury yield. This helped “real” yields (in other words, bond yields adjusted for inflation) higher, and helped to pull USD higher.

However, since April, with the 10 year yield ranging sideways as inflation continued higher, “real” yields have been falling. Subsequently, this has driven USD to trend lower. In the past few weeks though, as inflation expectations have levelled off, so have “real” yields and the USD selling pressure has begun to ease.

There is no sign yet that real yields will be moving significantly higher once more, but moving sideways they will continue to support USD.

The Federal Reserve is lagging other major central banks in moving away from the ultra-loose monetary policy. The Bank of Canada, the Bank of England and the Reserve Bank of New Zealand have all begun to shift hawkishly to some degree. This is why we have seen CAD, GBP and to a lesser extent NZD performing well since April. The Eurozone vaccine roll-out and subsequent improvement in economic data have also allowed EUR to perform well.

Meanwhile, we are still looking out for hints of a Fed move. There is an FOMC meeting on 16th June, but it is still likely to be too early for a formal move towards tapering. So we are on the lookout for hints from Fed speakers. Anything from voting members that is an overt sign of a push to discuss tapering could begin to move expectations of a rate hike.

The driver is still likely to be when we see improvements/tightening in the US labor market. However employment is still around -8m jobs below pre-pandemic levels and after Tuesday’s ISM Manufacturing data employment component showed barely any expansion, Friday’s Non-farm Payrolls report may struggle to reflect strong improvement in the labor market. We believe that it is still too early for the Fed to taper, so yields will just continue to move sideways for now.

Levels to watch on EUR/USD, GBP/USD and AUD/USD

In addition, on the charts, we are watching key levels to give us an indication of any building USD recovery.

On EUR/USD, twice in the past four completed sessions, we have seen the uptrend breached. This is being seen again today as the market edged lower in early moves. We are still watching the rising 21 day moving average (at 1.2173) as a basis of support. However, the key support is at 1.2130 and a close below would complete a small top pattern implying a retreat towards 1.2000 again.

On GBP/USD, we see the Relative Strength Index unwinding towards 50 again, but a move below 1.4090 would imply a near term corrective move. This could unwind Cable back towards the 1.4000 breakout support. The long term uptrend is rising around 1.3930 currently.

There are signs of support building for USD. However, for a serious near term recovery to kick in, some key support levels need to be broken on major dollar pairs. Until then, it could be just a ranging market.