We look at the drivers of the decisive breakouts on major indices in the past 24 hours. US earnings season has a big part to play but also continued falling real bond yields and a corrective USD too. 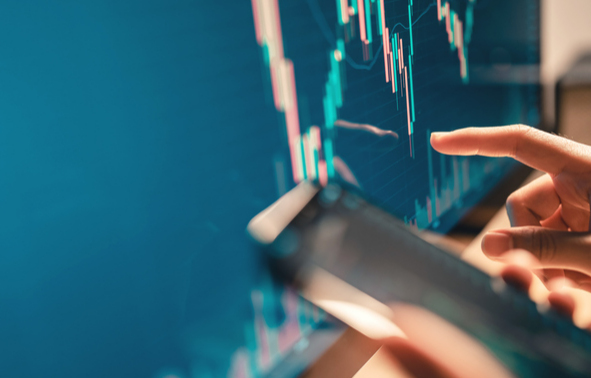 After several months of consistent gains, equity markets felt a real shudder of fear throughout September. However, October has come back with a bang and we are now seeing indices driving through key resistance levels. Strong US earnings and a weakening US dollar have played a role in the move. The consolidation ranges are at an end. It seems as though trending markets are back in vogue once more.

With around a quarter of the S&P 500 constituents now having reported earnings, the current outlook is strong.

Perhaps more than most markets, but it is a strange quirk of US corporate performance that companies will guide analysts towards results that can easily be beaten. It helps to create the picture of companies performing very well. However, even with that in mind, this Q3 earnings season is going well.

This constant stream of better than expected results is helping to drive positive sentiment for Wall Street and the strength of performance. See how Wall Street is pulling strongly higher, but now also helping the European markets too.

In October, we have also seen a couple of factors playing into this rally on equities:

Inflation expectations have been rising faster than bond yields, so bond yields minus inflation (i.e. “real” bond yields) have been falling.

The US dollar consistently trades with a strong positive correlation with real yields (aside from July 2021). Falling real yields are negative for USD. Subsequently, during October we have seen USD turning more corrective.

A weaker USD (and lower real yields) are supportive of US indices. Since 2020 (in the period covering the pandemic), there has been an average correlation of -0.32 for the USD and S&P 500 futures. The correlation was very strongly negative for the vast majority of 2020 but lost its way into 2021. However, in recent months the negative relationship has shown signs of getting back on track.

So for the indices themselves, we are now seeing the benefits of these sustainable positive factors. When the September corrections broke a series of uptrends on the major indices (of Wall Street and European markets), the result was a series of trading ranges. However, the strength of the October rallies is breaking through key resistance and markets look ready for their next leg higher.

S&P 500 futures (MT5 code: SP500ft) has broken above 4548 and is now at all-time highs. After a slight stalling for a couple of sessions around the old highs last week, the market has broken decisively higher. Momentum is strong and there is still some upside potential in the move. For medium-term positioning, we would look to use any pullback into 4450/4500 as a chance to buy.

It is also interesting to see the European markets also being pulled higher now. For the German DAX (MT5 code: GER30), after a period of consolidation in the past week, the shackles have been left off in the past two days. A decisive break above 15,600 has opened next resistance at 15,770/15,800. Given the strength of momentum (RSI into the 60s), we would look for good support to form between 15,600/15,700 and to use this as a platform for a push towards the all-time highs of 16,033.

With the FTSE 100 (MT5 code: UK100), again, we have seen the familiar consolidation before a breakout above key resistance This is very encouraging for sustaining the breakout. Momentum is strong and confirming the breakout, whilst there is a good basis of support now between 7180/7246 to use as a buffer to buy into weakness.

For longer-term positioning, this could also be key, as if the bulls can hold on to support around 7150/7250, then a breakout from the big rectangle consolidation implies a move to test the May 2019 high of 7729.