A report looking into the recent corrective moves on major indices and whether there is further to run. The focus is on Wall Street with the S&P 500 and NASDAQ, in addition to the DAX and FTSE 100 in Europe. 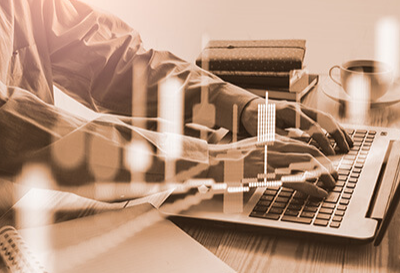 Risk aversion has decisively set in during recent sessions. With major central banks increasingly edging away from emergency stances on monetary policy, there have been questions arising over the longer-term impact on growth. Add in the upsurge in COVID-19 cases with the Delta variant increasingly dominant, there are worries that the great economic re-opening will succumb to a shuddering reversal. Equity markets are selling off. However, we have seen these moves before. Each time they have tempered and allowed the next opportunity to buy.

Wall Street has unwound to a key level

Over the past year, Wall Street has been on a massively impressive run higher. Despite the correction of recent days, the S&P 500 (cash) is still over +30% higher over a 12 month period. Compare this to +16% for the German DAX and just +10% for FTSE 100.

We also see below that the corrective moves throughout 2021 tend to all result in a retreat for the S&P 500 back towards the rising 55 day moving average. It is also notable that whilst corrections this year may vary in length, they are all around -4%/-5% from all-time highs. The latest move is just under -4%.

NASDAQ has more to unwind still

Looking at the 12 month performance chart again, it is clear that the NASDAQ 100 has much bigger swings, both positive and negative. As the latest swing higher has turned into reverse, there could be more to come in a corrective move.

Analysis of the corrective moves over the past 12 months show the corrections tend to be around two to three weeks long. However, they are also between -8% to -14% in size. The current move is just under -4%.

If NASDAQ continues to slide, then it is likely to weigh the S&P 500 down too. It is important to note that we continue to view these as near term moves that would generate the next opportunity to buy.

Whilst Wall Street looks plenty capable of absorbing these corrective moves, the major European markets have taken sizeable blows to their technical outlooks. Both DAX and FTSE 100 have broken key supports. How they react over the coming sessions could be key as to whether they go into decisive correction mode for the near to medium term.

German DAX (MT5 code: GER30) has already broken a six month uptrend (albeit not the primary uptrend). It is also decisively under its 55 day moving average which has been supportive throughout 2021. Closing under the 15,273 reaction low has also arguably completed a top pattern that opens 14,810.

The market has already tried to reclaim 15,273 this morning but has initially been rejected. If there is continued rejection around the 15,275/15,350 resistance, given the corrective configuration on the RSI momentum indicator, a slide towards 14,810 cannot be ruled out.

On FTSE 100 (MT5 code: UK100) there is a similar development with the chart. Decisively breaking the 6 month uptrend, under the 55 day moving average and breaking support at 6940.

As with the DAX, there has been an attempt to reclaim the old support but the move has failed around the breakdown. This is therefore underscoring the resistance band now in place between 6940/6995. Continued failure to reclaim these levels will add corrective momentum to the near to medium-term outlook. We can also see that the old March breakout level of 6810 which became supportive in May is an incredibly important level for the bulls to defend. Losing 6810 would put the market into decisive correction mode.

Corrective moves on equity indices have taken hold in recent sessions. How these markets react around key levels in the coming days will be crucial as to whether today’s pause is just an interim basis of support in a continued move lower.