Recovery continues to build on precious metals. However, whilst gold has broken out, elsewhere there are still key barriers to overcome on silver, platinum, and palladium. 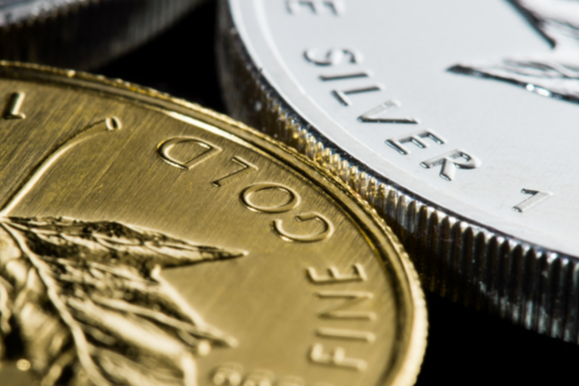 After several weeks of fluctuation, the price action on commodities is turning positive once more. In recent sessions, we have seen gold and silver moving decisively higher, whilst platinum and palladium are also looking more positive.

Over the past month, the performance of gold has been the most positive of the precious metals. However, this move is very closely tracked by silver. Furthermore, if the current moves higher continue, silver will likely begin to emerge as the key outperformer. It is also interesting to see both platinum and palladium starting to improve too.

Gold is rallying despite its traditional correlations

Gold has long held correlations with the bond yields (especially “real” yields) and the USD. Negative correlations are traditional, where falling yields and a falling USD are positive for gold. This is not happening at the moment.

Gold has a very strong correlation with real US bond yields (yields minus inflation) over recent years. The correlation averages -0.58 since 2020. However, real yields are rising sharply in recent weeks, just as gold has also started to move higher. This correlation tends not to be positive for too long.

However, gold also holds a strong negative correlation with the US dollar too. It averages -0.39 since 2020. However, this correlation has been positive almost since the breakout of war in Ukraine.

The only realistic conclusion to make is that markets are fearful of the sharp rise in real yields and the strengthening USD. This is driving a haven flow that gold is benefitting from. The longer the war continues, with associated elevated levels of geopolitical risk, the longer gold will be supported.

It also seems as though silver is latterly benefitting from this too. Again, silver holds a traditional negative correlation with real yields. However, the silver price is rallying strongly in recent days as yield yields also move higher.

A technical breakout on gold, silver is set up to follow

This rally in Gold (MT5 code: XAUUSD) has moved through a key resistance on the technical analysis chart. A move above $1966 has been seen (although still needs a close above to confirm). This comes with the Relative Strength Index (RSI) above 60, denoting strengthening momentum. The next resistance comes in around $2000/$2010. Bulls will now be looking for near term unwinding moves to find support around or above $1950/$1960 to use as an opportunity to play this continued recovery.

Silver (MT5 code: XAGUSD) is also picking up and accelerating higher to test the key resistance at $25.84. Given the strength of the RSI and upside potential, a close above $25.84 would be a key breakout that would re-open the $26.95 high again. There is good initial support for opportunities in the $24.85/$25.35 area.

A recovery also developing on Platinum and Palladium

Platinum and Palladium have been far more volatile than silver and gold, seeing far greater price fluctuations in recent weeks. However, both are also now threatening recoveries. There are crucial resistance levels to overcome first though.

Platinum (MT5 code: XPTUSD) has finally started to find support as the price has picked up from $945. However, there is a big pivot band of the past four months at $992/$1007 which is a basis of resistance. This will prove to be a key gauge in the sessions ahead. The RSI has just unwound towards 50 again, so this pivot band will be the difference between a failing rally into mid-range resistance and a more positive outlook.

On Palladium (MT5 code: XPDUSD), the big retracement from the massive high of $3437 has settled and has started to rebuild from $2030. However, looking back over the past year, there is a consistent band of highs and lows between $2440/$2600. This is now the key resistance that has hampered recoveries over the past month. If this resistance can be overcome, then a more positive outlook can develop again. Support at $2030/$2015 is increasingly important now too.