Mid-Week Majors: The first test of the risk recovery

As a bump in the road for risk recovery is hit, how markets react in the coming hours and days could be crucial. For now, we are seeing moves relatively contained and if this continues, it will be another chance to buy for the recovery. 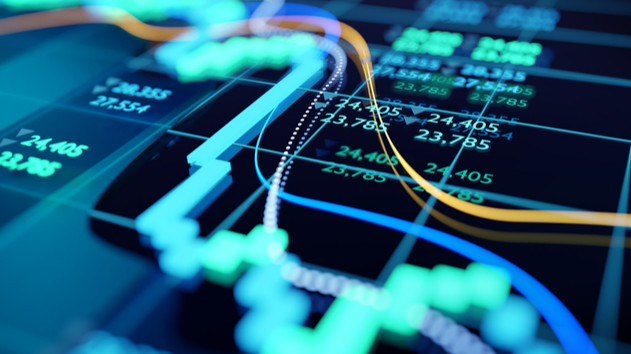 Market sentiment has been significantly improved in recent days, however, this risk rally could now see its first big test as some sobering news has emerged over the Omicron variant. Early data suggests that the new variant could be more resistant to Pfizer’s vaccine. A week ago this would have been enough to floor markets, so the reaction to this development will be a key step along the way of working out whether traders can begin to look past Omicron.

Sentiment has not dived, and that is a positive

The economic calendar has been quiet during the early part of the week and the Fed is in its “blackout” period ahead of next week’s FOMC. This has allowed markets to jump forward on the suggestion at the weekend that Omicron symptoms are less severe than with the Delta variant. However, pharma giant Pfizers said yesterday that there is early evidence to suggest Omicron has more resistance to its vaccine.

The reaction of traders will be key in the next day or so. Last week, we saw any hint of negative news surrounding Omicron pounced upon, pulling flow out of higher risk, and into safety. As the European session has developed, we are seeing only a marginal move lower today. The move looks to be relatively contained. If US traders come in and do not sell, then it would be a sign that markets are beginning to look past the downside risks of Omicron.

Weighing up the pros and cons of the news in the past few days, this could mean a short-term jolt to the improvement in sentiment. However, we would not expect this to last long before what is likely to be a continued risk rally. Therefore, we look to use weakness as a chance to buy.

Oil is holding up well

There has been a big rally on oil, but the move is now just consolidating. However, the recovery in oil has been a key feature of the broader risk recovery. The fact that oil is not falling sharply back should help to generate confidence.

Oil volatility was huge in the move lower on the back of the original Omicron scare. Oil reacted decisively negatively to the bad news flow last week. However, this morning we have seen oil fluctuating, with Brent Crude (MT5 code: UKOUSD) now only marginally lower on the day. This is a positive sign for sentiment, and we back the continued improvement in the outlook for oil and look to buy into weakness.

Australian dollar is holding up well

The Aussie (AUD) was smashed last week as risk appetite plunged. However, with the double whammy of improved sentiment and a more upbeat Reserve Bank of Australia, we are looking for a continued recovery on the AUD.

So, it is interesting to see the AUD performing relatively well today, with AUD/USD trading higher on the day. The pair has fluctuated in the past 12 hours, but the recovery is on track.

Breaking the four-week downtrend was a key moment, with improving momentum and unwinding from deeply oversold, there is plenty of short-squeeze that could slingshot the market higher now. We believe that the rebound on AUD/USD could go a long way. The next resistance is 0.7170 and a break above there would open 0.7275. We look to now use the support band 0.7085/0.7115 as a band of support to buy into weakness.

Weakness on indices is a chance to buy

It has been interesting to see DAX hitting resistance at 15,868 and turning back (there is an old resistance around 15,840/15,870). However this initial unwind this morning is helping to unwind some of the intraday overbought momenta from yesterday and we see this as an opportunity to look for long positions again.