As the trading week develops, there is a less positive tone to market sentiment. A rising oil price and faltering rallies on indices play into this. 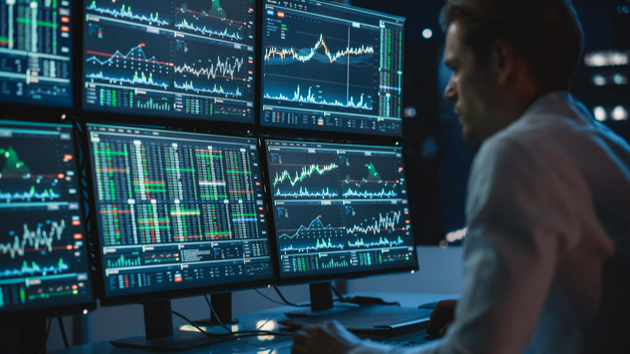 As we come to the hump of the trading week, there are some hints of negative risk factors that are starting to creep in major markets. There is a split in USD performance amongst major forex. However, the rising oil price is risk negative, whilst increasingly hawkish signals from Fed speakers may also begin to weigh on sentiment. There are also signs that equity markets are beginning to struggle in their rallies.

We have continued to see the split in USD performance that has formed over the past couple of weeks.

GBP is in a more mixed position amongst the forex major currencies. The performance has been very weak until the past week with GBP having rallied strongly from 1.3000. The move above 1.3210 was a key moment yesterday and implies further recovery potentially towards 1.3400.

GBP is stuck in the middle of being a European currency, exposed (albeit less so than the EUR) to Russia and the war with Ukraine. However, equally, the Bank of England is tightening monetary policy (to fight rising inflation) which should lend GBP some support. How GBP/USD now reacts around 1.3200 support area will be a key gauge in the coming days.

Oil price rally will be a risk negative factor

Oil started to rally again recently as markets seemingly began to question the intentions of Russia in the peace talks. Oil price volatility has increased again in recent sessions as the price has once more been rallying hard. Another rebound of over 20% in a week is a concern for risk appetite.

The chart of Brent Crude Oil (MT5 code: UKOUSD) has rallied to hit a resistance band around $120. If this band is broken to the upside then it would re-open the highs around $140 again. Given the implication this would have for inflation and the energy prices paid by consumers, this would be a key negative influence on market sentiment.

The rally on indices may begin to run out of steam

With indices just starting to pull back as the European session has progressed today, this begs the question of whether the strong recent rebound is running out of steam. The negative implications of sharply rising bond yields (although yields have paused this morning), a rising oil price, and a strengthening USD may begin to weigh on Wall Street.

The S&P 500 futures (MT5 code: SP500ft) are lower today. The key gauge in the days to come will be the reaction to support around 4385/4418. Technically we see the Relative Strength Index around the highs of the year. This suggests a medium-term improvement, but the bulls will be looking for unwinding moves towards 50 on the RSI to be used as a chance to buy now. Reaction to this pullback could be key for the test of 4585 resistance.

The German DAX (MT5 code: GER40) could be seen as another interesting market to watch. The sharp rally in the past two weeks has just hit the buffers recently. It seems that the questioning of the peace talks has halted its recovery. Once more this morning, the market has failed to break through resistance around 14,560/14,585. How the DAX reacts to support around 14,125 will be a crucial gauge for whether a serious test of 14,800/15,000 which is a key medium-term overhead supply can now be seen in this recovery.