Looking for direction – the key levels for the next breakout

We look at what is needed to drive the next key move in major markets. With rising yields and the USD threatening higher again, this is an impact across asset classes. 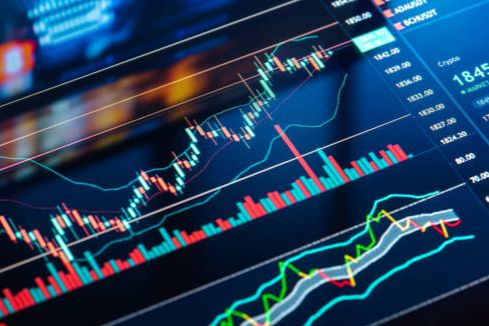 Major markets have become increasingly uncertain within trading ranges in recent weeks. The formation of resistance and support levels define these consolidations. We look at what is needed to break the ranges and drive the next phase of direction for markets. There are hints that USD strength and negative risk appetite could be ready to resume.

In recent weeks there has been a sense of consolidation on Treasuries, at least on shorter-dated yields anyway. We showed recently the importance of bond yields (and especially often the 2-year yield) to market direction on forex. The US 2-year yield has been broadly consolidating since mid-April, ranging between 2.44% and 2.86%. This has coincided with more ranging moves on EUR/USD and GBP/USD (see later).

A mild tick higher in the past week or so has coincided with a more positive bias to USD moves, however, for now, the range continues in the US 2-year yield. The big question would be whether there can be a decisive breakout on the 2-year yield. If there is, it would help to build for renewed and sustaining USD strength.

However, there are also implications for indices too. Wall Street (also see later) started to recover in May as the trending move on US yields started to slip lower and form the consolidation. Wall Street has seen that rally stall as yields have been ticking higher again in the past week and a half. This would suggest the direction of yields is also important for the outlook on Wall Street.

Key levels to watch on EUR/USD and GBP/USD

So we see two major forex pairs in consolidation. The next breakout could be key for direction.

At this stage, with the US 2-year yield holding decisively above 2.40% it is difficult to see a decisive breakout above 1.0780 resistance on EUR/USD unless there is a big hawkish surprise from the ECB.

There is also a range on GBP/USD too. Support at 1.2430 is preventing a renewed bear leg, for now. Medium-term technicals still point to selling into strength (near 4-month downtrend intact, RSI struggling to move above 50). The tick higher in the US 2-year yield plays into this negative bias on Cable too.

However, there is also the potential for the formation of a six-week base pattern too (which would be a head and shoulders reversal). This needs a move above 1.2665 to complete and would put Cable back on a path of recovery towards 1.3000 again. Given the negative bias still exhibited on near to medium-term technical indicators, but also the ticking higher in US yields, it would favour pressure on 1.2430.

For gold, adding the element of inflation into bond yields is key (i.e. using “real” bond yields). We still see that there is a strong negative correlation between yields and the gold price.

Unless the real 10-year yield moves back below zero, it may be difficult for gold to rally. Falling real yields would be either inflation moving sharply higher again (unlikely given that inflation trends seem to be topping out), or lower nominal bond yields (possible but, again, with Treasury yields ticking higher, this looks difficult right now).

So, with yields moving in a range, we have also seen Gold (XAUUSD) also consolidating sideways in the past few weeks. The price has become stuck between $1828 support and $1874 resistance.

There is a negative bias to medium-term technicals (stuck under a falling 55-day moving average, RSI stuck under 50 and with overhead supply resistance at $1874/$1900 the path to recovery looks difficult right now. If the USD continues to strengthen this would merely add to the negative drag on gold that favors downside pressure on $1828 and maybe a test of the $1787 low.

Finally, we see the recent consolidation on Wall Street, where the S&P 500 futures (SP500ft) are also stalling following the recent rally. Once more, the question is whether this is a chance to sell.

Reaction to the resistance around 4200 is increasingly key. A consistent failure under the May high would add downside pressure as the falling 55-day moving average and the 10-week downtrend also close in.

Bulls would point to the good job that the 4100 pivot area is doing as a basis of support. However, the longer the rally falters and fails to push on towards testing the massive resistance around 4300, the more nervous the buyers will become about whether this near-term rebound is simply another sell into strength opportunity. A close below the 4071 support could be a key downside break that re-opens the floodgates to test support around 4000 and then the key low at 3807.