Indices sharply lower, but weakness remains a chance to buy

Looking into the extent of any corrective move on equities. We continue to believe that there is further to run for indices, with Wall Street looking as strong as ever. 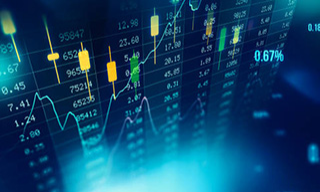 Equity markets have traded with a positive bias throughout recent months. Periodic bouts of near-term unwinding moves have consistently been bought into. Whilst we believe that a deeper correction may be on the cards at some stage, we do not believe it will be now. We still look to use near-term weakness as a chance to buy.

The prospect of a taper tantrum is still some way off

At some stage, we are expecting a corrective move on equity markets. As major central banks begin to step back from ultra-easy monetary policy, there is likely to be a reaction across equity markets. For over a year now, indices have been buoyed by the loose emergency asset purchases of central banks such as the Federal Reserve, ECB, BoJ and Bank of England, to name but a few. When the taps are turned off, there could easily be a reaction, which some will refer to as a “taper tantrum”.

Equity markets have been more tentative recently but show few real signs of reversing their advance. Recent events such as the rise in prominence of the COVID delta variant, a cautious Federal Reserve and less impressive labor data have combined to push back expectations of when the Fed will begin to taper (reduce its $120bn per month asset purchases). It is increasingly likely that the Fed will wait until December. That means probably almost two months before a formal announcement (which would come at the November FOMC meeting).

Indices on Wall Street continue to look very strong. For months within their strong uptrends, markets have been able to contain near-term corrective moves, with investors using weakness as another chance to buy. Corrections may last just a few sessions before the next bull leg.

The S&P 500 futures (MT5 code: SP500ft) has slipped back and is now eyeing the 4460/4500 support area. However, momentum remains positively configured and is just unwinding to renew upside potential. Corrections have found support around an 11-month uptrend and latterly the 55-day moving average (c. 4404 currently). We still believe there is further to run in the uptrend and that the weakness is a chance to buy.

A similar picture can be painted of the Dow Jones futures and NASDAQ 100 futures, one of the strong markets and buying into weakness. The Dow futures (MT5 code: DJ30ft) have not been as decisively strong as the broader S&P 500 futures (as the long-term uptrend has shallowed slightly) but once more, we see weakness consistently bought into. A 6-month uptrend comes in around 34,700 as a basis of support. A consistent breach of 34,480 support would question how much control the bulls have got.

On the NASDAQ 100 futures (MT5 code: NAS100ft) there has barely been a reaction yet, with the market remaining very strong within the uptrend channel. A reasonable unwind of an overbought position (Relative Strength Index arguably stretched around 70) could bring the market back towards 15,120/15,250.

There has been a less decisively positive outlook across European markets. For several months we have talked about markets that trade with a positive bias but struggle for upside traction. Breakouts stumble and stutter before pushing for further marginal gains and the process repeats.

The DAX (MT5 code: GER30) is a prime case in point. A shallow uptrend channel is characterized by a series of breakouts, however, each breakout comes with a pullback that threatens the bullish outlook. This was seen in May, June, and July. However, each time we have seen the bulls bounce back quickly to push for new highs once more.

For the past few weeks, we have noted downside spikes finding buyers around 15,700/15,800. We believe that today’s move (that went below the support only to find intraday buyers once more) will prove to once more be an opportunity for the bulls. The momentum outlook is less positively configured than Wall Street, but we do not believe that this is the moment for a deeper correction.

Finally, with the FTSE 100 (MT5 code: UK100) an uptrend channel has again been struggling for positive traction and the bulls have stuttered around 7160/7240. However, with our positive bias outlook across indices as an asset class, FTSE 100 will likely continue to find support above 7000.

Although a near-term correction is threatening across indices, we do not believe this is the moment of a “taper tantrum”. We are still happy to buy into supported weakness.