The expectations of tighter ECB monetary policy are driving a EUR recovery. Key resistances against major currencies are being tested ahead of the meeting. 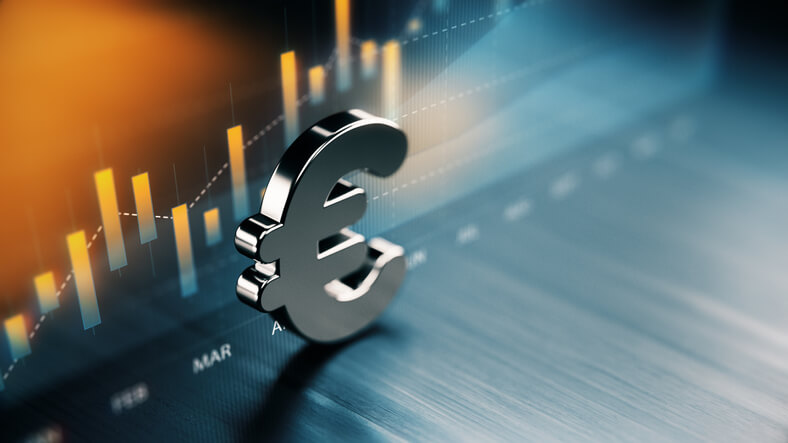 The euro (EUR) has recovered well against the US dollar in the past few weeks. The hawkish noises out of the Governing Council at the European Central Bank (ECB) have been growing. Subsequently, speculation of a first rate hike since 2011 has been brought forward. The ECB meeting on Thursday could be a key moment for the EUR/USD pair, with key resistance looming overhead. However, the EUR is also looking stronger versus other major pairs, with resistance also looming. The EUR recovery is on the brink of the next step forward.

The ECB will not hike this week

The ECB is traditionally a very cautious central bank. Doves have tended to be in control of the Governing Council and the ECB can be accused of being too glacial in its approach to monetary policy.

There have been more hawkish noises recently though in response to the problem of rising levels of inflation. The ECB’s chief economist Philip Lane has recently laid out what he sees as the path to policy normalisation. This included ending the Asset Purchases Programme in July. The ECB is into the final month of its pre-announced tapering. Lane also points to a rate hike in the July meeting of the Governing Council.

This would be in line with the sequencing of monetary policy tightening that the ECB has been guiding in recent months. Interest rate adjustments would come “some time after” the end of the APP.

Lane also mentioned that there should be rate hikes of +25 basis points in July and September.

The ECB has a credibility issue to contend with. It has a strong reputation for stability in monetary policy. This reputation would be put on the line if the APP were to end this week (earlier than previously guided) and interest rates were to be increased at the same time.

What could be the surprise?

Keeping this on the table would be something that pushes the EUR higher. This would be part of the press conference by Christine Lagarde and will be watched closely.

The EUR has been one of the better performing major currencies in recent months. Its performance versus the USD has been negative in that time (even though there has been a solid recovery in recent weeks). However, other currencies have fared poorer. Only the CAD and the USD have outperformed the EUR in the past three months. The reason is that market participants have been re-pricing for the prospect of ECB rate hikes. Markets are pricing for the ECB to hike may be four times at 25bps a go for the rest of this year. This significant shift is helping to drive the EUR higher.

EUR is in recovery against major currencies.

EUR/USD may have stalled in the past couple of weeks but there is a sense that the resistance at 1.0780/1.0800 is going to be crucial this week. If this can be broken to the upside it would open the way for a continuation of the recovery. If this were to also be accompanied by a break of the four-month downtrend and also the daily RSI moving into the 60s it would be a technical confirmation of the next step in the recovery. A move towards 1.09/1.10 would then be on the cards. However, this barrier on EUR/USD being broken would also resonate on EUR crosses too. We are also looking closely at the resistance on EUR/GBP at £0.8600/£0.8620. This has been a key barrier for the past nine months and following the significant EUR strengthening in the past few months, is again under scrutiny this week. A closing breakout above the resistance would signal a key shift in the longer-term outlook. We would see this as confirmation of an end to a strategy of selling EUR/GBP into strength. The prospect of tightening ECB monetary policy has certainly helped to strengthen the EUR against the Japanese yen. We have even seen the EUR/JPY cross breaking out in front of the ECB meeting to levels not seen since 2015. Closing above 140 on Friday was another important step forward in the EUR recovery. This opens 141 initially, but there is very little resistance now until the all-time high of 149.80. From a trading strategy perspective, the breakout support at 138.30/140.00 is a good basis of support, with near term weakness being a chance to buy.