Fed chair Powell’s hawkish speech has driven bond yields sharply higher and strengthened the USD. Equities are holding ground for now, but the signals are ominous. 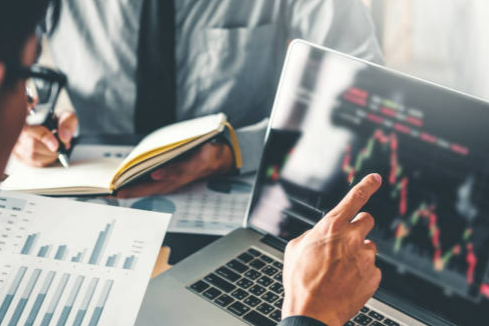 Fed chair Powell has shaken up bond markets once more. An overtly hawkish speech has placed the prospect of +50 basis points hikes at upcoming meetings for the FOMC. Bond yields have spiked higher once more, with the Treasury yield curve moving ever closer to inverting. An inverted yield curve is a prime signal for a subsequent recession.

The USD has also strengthened once more, with the Japanese yen coming under the most pressure on major forex. USD/JPY accelerating above 120 is a six-year high. Other significant moves we have seen include the strong rally on oil which rallied almost +8% yesterday. However, volatility remains elevated for oil and in the past few hours, further strong gains have pared. This move will need to be watched for whether it turns into something more considerable.

The economic calendar is rather quiet again today. The Richmond Fed Manufacturing Index is expected to turn negative, and any downside surprise to this would be bearish for broader sentiment. There are more Fed speakers today. Daly (non-voter, dove) Mester (voter, hawk) and Williams (voter, leans dovish) are on the docket.

Sentiment looks fairly steady, for now: Equity markets are still looking reasonably positive this morning. However, with bond yields continuing to rising and a stronger USD, the negative signals are flashing.

Fed chair Powell strikes a hawkish tone: Powell noted yesterday that the “labor market is very strong and inflation is much too high”. The Fed could “more aggressively” raise rates by more than a +25bps hike at “a meeting or meetings”. This is the most hawkish we have heard from Powell and has sent bond yields spiking higher.

Russia/Ukraine war latest: Ukrainian President Zelensky is prepared to ensure a commitment for Ukraine not to join NATO.

Oil price continues to pull sharply higher again: We saw a gain of almost +8% on Brent Crude yesterday. An early spike higher again this morning has just been reversed though. This remains a highly volatile market.

EU looking to ban the purchase of Russian oil: Support within the EU is growing, but there are a few dissenting voices, with Hungary thought to be a stumbling block.

Cryptocurrency jumps: Bitcoin is pulling higher and a close above $42,500 would be a near-term positive move. Key resistance remains at $45,800.

Broad outlook: Sentiment is holding up well today, despite the continued pull higher on Treasury yields.

Forex: USD continues to strengthen, especially versus JPY. However, NZD, AUD and GBP are outperforming.

Commodities: Precious metals continue to consolidate in ranges. Oil has dropped back from earlier gains.

Indices: Recoveries are holding and are even threatening resistance this morning.