Espresso Morning Call: Dust settling on yet another sell-off

Major markets are looking more settled this morning after another tumultuous trading day yesterday. However, periods of calm and recovery have tended to be short-lived. 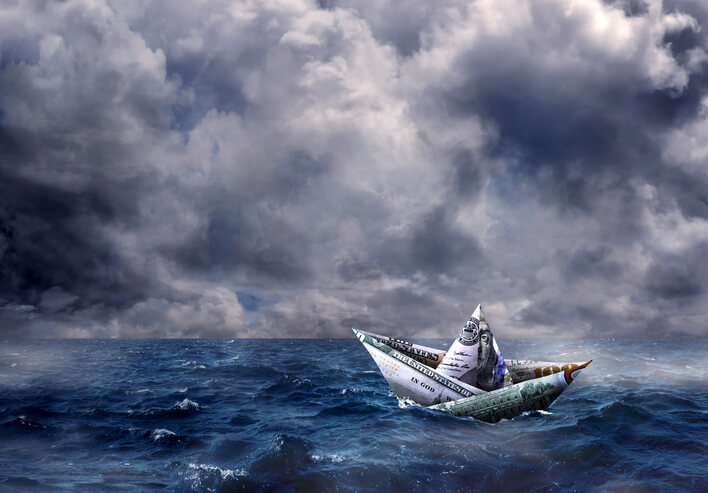 After the Independence Day public holiday, US traders returned to their desks yesterday seemingly hell-bent on buying the US dollar. As US bond yields continue to pull lower, there are mounting concerns that negative growth trends will drive recessionary conditions. Trading for this leaves the USD as the standout asset. Another surge of USD strength is having significant consequences for forex and commodities alike. EUR/USD has broken down to levels not seen in 20 years, whilst the gold has also broken key support and oil has fallen significantly.

This morning we see a degree of calm drifting over markets. Forex is in consolidation with a pause for breath, whilst a late rally on Wall Street is allowing European indices to play catch up. However, US futures are tentatively higher this morning and traders will be mindful that rallies appear to be increasingly short-lived. Downtrends remain firmly intact and risk rallies will remain a chance to sell whilst recession concerns dominate the thoughts of market participants.

There is a key US focus on the economic calendar today. The ISM Non-Manufacturing PMI is the key focus for traders, expected to decline for six months in the past seven. Markets will also be watching for other components of the ISM data such as Employment that are close to contraction. The JOLTS jobs data will also be eyed, with the Openings set to decline more than the Quits rate. The FOMC minutes for the June meeting will be also watched later in the US session.

Market sentiment looks relatively settled: After the huge risk sell-off yesterday and USD strength, there is a basis of calm that has formed today. A rebound in European markets is a catch-up on a late Wall Street rally. However, USD is consolidating, with a slight pullback on yesterday’s gains.

Treasury yields edge higher: Yields are a shade higher this morning as there is a slight unwind to yesterday’s sharp move lower.

Cryptocurrencies mixed: It was interesting to see that despite the massive risk sell-off yesterday, cryptocurrencies such as Bitcoin, Ethereum and Litecoin held up well. Bitcoin was +3% higher, however, has dipped back today by over -1% and is back around $20,000 again.

Forex: The main move is a JPY decline, whilst there is little direction on other major currencies

Commodities: Precious metals remain a sell into strength, whilst oil is trying to recover after yesterday's sharp sell-off. Indices: An intraday rally into the close on Wall Street is helping European markets to recover, but for how long?