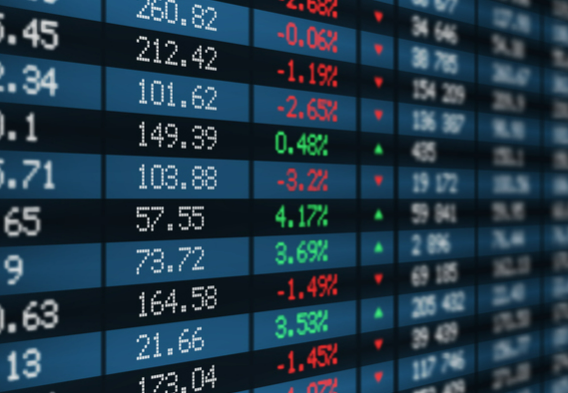 Are we seeing a shift in sentiment on Wall Street? The volatile intraday moves continue, but just in the past few sessions, we are seeing weakness being bought. Whereas previously through recent weeks, the selling pressure has sustained and often surged, there is a sense that intraday selling pressure is finding willing buyers into the close. The bulls are starting to win the sessions. This could be positioning Wall Street for recovery.

The Reserve Bank of New Zealand rate hike was +50 basis points as expected, but also came with a more hawkish forward guidance. This is driving NZD outperformance this morning. There has been a slight resurgence of the USD too, after several days of a corrective move. This is shown mainly through EUR/USD (moving lower) and USD/JPY (moving higher). However, for now, these moves are counter to the recent corrective trends for the USD.

For data traders, the focus will be on Durable Goods Orders on the economic calendar today. Core durables are expected to have seen monthly growth of +0.6% in April, which would still be decent growth despite being slightly lower than in March. The Fed minutes will also be watched later. The May meeting was three weeks ago, with several speeches by Fed chair Powell since then. Markets are also settled with the expectation of aggressive front-loading of rate hikes in the next couple of meetings. However, there is always room for market reaction to what the Fed says, so it is worth staying alert.

Market sentiment looking more positive: With a late rebound on Wall Street translating to early gains in European indices and US futures higher again today, there is a positive risk outlook forming today. Despite this, the USD is pulling back some recent losses against EUR and JPY.

RBNZ hawkish hike: The OCR (Official Cash Rate) hike of +50 basis points to 2.00% (from 1.50%) was fully expected and came as no surprise. However, the OCR projections have been increased significantly (to 2.68% in Sep 2022 and to 3.95% by Sep 2023). The neutral rate is between 2% to 3% and they need rates above 3% to tackle inflation and restrain aggregate demand. This was all considered hawkish.

US tech sector recovering after Snap losses: The macroeconomic outlook for Snapchat caused its shares to fall by -43% yesterday, but the tech sector spent the session trying to recover. NASDAQ is a mild outperformer this morning too.

Cryptocurrencies ticking higher: Cryptocurrencies spent yesterday looking to recover initial losses, and this has turned into gains this morning. Bitcoin is just under +1% higher but remains below $30,000.

Broad outlook: Sentiment is looking brighter for equities. A USD rebound is weighing on forex and precious metals.

Forex: USD has rebounded this morning after the recent corrective move. EUR and JPY are the main underperformers. NZD is the standout performer after the RBNZ decision.

Commodities: Precious metals are easing back slightly in their recoveries. Oil continues to trade with a slight positive bias to test the resistance of the seven-week range.

Indices: Wall Street is looking more positive after another rebound into the close last night, but European indices are slipping back early today.