Equity markets look stretched and a pullback is threatening

Our analysis shows that the strong bull run in equity markets is looking stretched and is at risk of a near term correction. Read the report to understand why and where markets could move to. 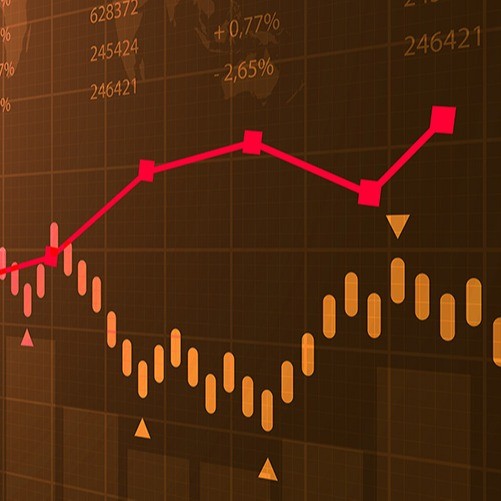 Equity markets have had a strong run higher in the last couple of weeks. We have seen the S&P 500 and DAX pulling to all-time highs. Even FTSE 100, the perennial laggard, has seen decent gains. However, as indices begin to pull back today, there are growing signs of exhaustion in these moves. This could mean at least a pause for breath, but could also be the precursor to a near-term corrective move.

This shift in sentiment has allowed a strong run higher in equities and especially tech stocks (which have been hit by the strong move higher in bond yields in recent months). This chart shows the relative performance of major markets over the past month.

Note the strong run higher in NASDAQ from the end of March. Having been the worst performer of these major markets, it has rallied to become the best performer. This has also helped to pull the futures of S&P 500 decisively higher too, although the Dow has been less strong over that time. The reason is that the S&P 500 is heavily weighted in tech stocks 37%, whilst the Dow Jones Industrial Average only has around 12% tech weighting, so has had less of a pull from the NASDAQ rebound.

The key to this move continuing will be whether bond yields and the dollar continue to fall. For this, we are watching firstly or a decisive move below 1.59% on the 10-year yield, which would be the first sign of a sustained correction.

Then we would be looking at the key support of 91.30 on the Dollar Index which is a crucial higher low in the USD recovery.

Looking at the technical analysis we are seeing momentum indicators at stretched levels. On all of the S&P 500 futures, German DAX, and FTSE 100, the Relative Strength Index (RSI) is looking tired and at extreme levels.

For the S&P 500 futures (SP500ft), since October, every time the RSI hits 70 this has been a signal to take profits. It has usually resulted in about a week of correction before further gains set in. The first key support is 3960/3980.

On the DAX (GER30), the strong run higher has already hit the buffers in recent sessions as RSI has rolled over from an extreme level of 80. Although no serious correction has set in yet, an unwind within the uptrend channel into the 14,800/15,000 area cannot be ruled out near term.

Finally, with FTSE 100 (UK100), the RSI hit 70 again this week. The previous two occasions this has been seen over recent months have resulted in a corrective move. This unwinding is already threatening today, as the resistance around 6960 has held firm. An unwind into 6780/6820 support is possible now.