Charts to show the importance of bond yields to major forex

The yield differentials of major government bonds are crucial to the outlook for major currency pairs and crosses. Read on to find out more. 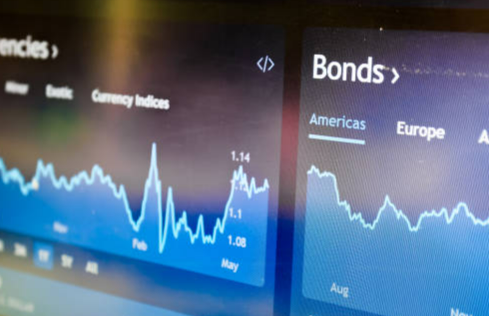 The direction of bond yields matters in forex. Yield differentials can be key to the direction of a currency pair. Whilst the impact can diminish slightly during times of high bond market volatility (such as we have seen in recent months), there is still an important correlation between the two. We will show some of the relationships that major currencies have to the movement of their bond yields. However, as we will show, some are more important than others.

Why yield differentials are important

We often talk about the direction of bond yields impacting forex pairs. The relationship between interest rates between the foreign exchange rate of two countries is tightly linked.

When the interest rate of one country increases, it will increase demand for that currency (because by holding it you will receive better levels of interest). However, if at the same time, the interest rate of another country is rising (or is perceived to be rising) at a faster rate, then demand for the currency of the second country will increase more.

Put the different levels of demand of these two currencies together in a forex pair and it will change the outlook of the pair.

For example, in October last year, the outlook for US interest rates started to increase significantly with the Federal Reserve starting to consider rate rises. At the same time, the outlook for the European Central Bank and the Bank of Japan remained for interest rates to be stuck in negative territory. This led to bond yields rising in the US relative to those of the Eurozone and Japan. The result was that the bond yield differentials moved in the favour of the US and the US dollar strengthened versus the euro and the Japanese yen.

2-year yields are key for EUR/USD

For EUR/USD we look at the yield differentials between the German 2-year bond (also known as the Shatz) and the US 2-year Treasury. Germany is used as it is considered to be the Eurozone benchmark for bonds. The chart below shows that there is a very strong correlation between the two since Q4 2021.

What is interesting about this chart, is that in the past couple of weeks, the spread has begun to narrow. This has come as the US 2 year yield has begun to pull lower, whilst the German 2 year has been relatively stable.

This is coinciding with EUR/USD pulling higher allowing EUR/USD to rebound above 1.0700 again. If this narrowing of the spread continues, then we can expect EUR/USD to continue.

The 2-year spread is also important for GBP/USD

We are also seeing the 2-year bond yield spread of UK Gilts versus US Treasuries is important for GBP/USD too. Since October, the two lines have been very closely matched.

The 10-year yields are key for USD/JPY

Moving on to USD/JPY, we can see that the 10-year bond yield differentials for Treasuries and JGBs are key. This relationship is consistently one of the strongest in forex. As can be seen, throughout the chart, the lines are is almost perfect synchronicity.

Looking away from the US, we can also see that there is some merit in looking at the yield differentials of currencies in forex crosses too.

Looking initially at EUR/JPY, we see that the 10-year yield differentials have been a driving factor behind the significant strengthening of the forex cross. We see that German yields have increased much stronger relative to Japanese yields.

This has been helping to drive EUR/JPY higher. As the yield spread has consolidated in recent weeks, the rise in the forex price has begun to turn corrective. If German yields begin to track decisively back lower, this would pull EUR/JPY back lower.

Finally, we look at another cross, on AUD/NZD where the differentials of the Australian and New Zealand 10 year bond yields are important. The spread moved in favor of the Kiwi for much of last year, however, there was a key turning point in Q4 2021.

With the spread narrowing once more (the NZ 10yr is now just 28 basis points above the AU 10yr) the AUD/NZD price has been rallying strongly. If the spread continues to narrow or move above zero for Aussie yields above New Zealand yields.