A USD unwind across forex is a chance to buy

The outlook for the US dollar remains strong. We would see any unwind on recent strength as a chance to buy USD across major forex pairs. 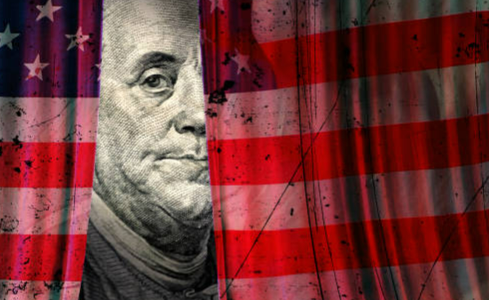 The US dollar (USD) has had a strong run higher over the past week in the wake of the massive upside surprise in US inflation. There have been a few signs of a near-term pullback from an overbought position creeping in. However, we retain a positive medium-term outlook on USD and will be ready to take advantage of any near-term unwind for the next chance to buy.

US Dollar Index is a strong uptrend channel

The Dollar Index is a measure of the US dollar against a basket of major currencies. The euro dominates the index, accounting for a little over half of the calculation (c. 56%). However, we still see the index as a good gauge of the outlook for the USD.

The Dollar Index broke sharply higher last Wednesday to move above 94.75 (the September 2020 high) and to levels not seen since July 2020. What is most stark about the run higher is the consistent posting of higher lows and higher highs within what is now a six-month uptrend channel.

We look for a continuation of the channel in the coming weeks and months, and we look to buy into weakness. We see a strong band of breakout support from the highs of late September/October and the old key September 2020 high, between 94.50/94.75. We see this as a buy zone now as the market drifts back. We would not want to see a USD corrective move much below 94.00 though (around where the trend channel support begins to come in).

Looking at each of the major pairs, we see a favorable set-up for continued USD gains. Some of the pairs are just seeing a kickback against the recent USD strength in the last session or two. However, once this momentum subsides, we believe that it would provide better entry points for renewing USD long positions.

Selling EUR/USD and GBP/USD around the breakdowns

Starting with EUR/USD, there was a decisive move below 1.1525 on Wednesday. This ended a six-week consolidation and opens the next key leg lower. Old support becomes new resistance, leaving 1.1515/1.1525 as a prime sell zone now.

There have been signs in the past session or two that some near-term support is forming around 1.1430 and this may be the source of a mini technical rally. However, we are looking for any rebound that falters around 1.1525 for the next chance to sell.

It is a similar story with GBP/USD, where Cable broke decisively lower under 1.3410 to continue the run lower last week. There was a technical rally on Friday, but there is resistance between 1.3410/1.3470 now which is restrictive of the rally. There is also the sharp downtrend of the past few weeks coming in around 1.3500 today.

The slight caveat is that there would be more downside potential from a technical rally into 1.3570/1.3600 key medium-term resistance, but the unwinding move may not get that far before renewed selling pressure. We see a downside towards 1.3200/1.3300 as the next target area.

A rebound on commodity currencies may not last long

The kickback against the dollar has been seen the most on commodity currencies in the past couple of days. AUD, NZD, and CAD are all clawing back recent losses. However, from a technical perspective, this merely looks to be helping to set up for the next USD buying opportunity.

AUD/USD is testing a two-week downtrend, but RSI momentum looks correctively configured now and old support has consistently been where the rallies have lost their way recently. There is a resistance of 0.7360/0.7390 as a near-term sell zone. A move above 0.7430 would need to be seen to sustainably change the outlook on the pair.

The Kiwi rebound is another unwinding move on the RSI for NZD/USD and is now approaching an area of resistance between 0.7070/0.7090 which has been a pivot area in the past four months. The medium to longer-term outlook on the pair is far more ranging than most major pairs (owing to the relatively hawkish positioning from the RBNZ), but if there is a bull failure around 0.7070/0.7090 would be seen as a chance to sell for a continued retreat within the range towards 0.6970/0.6980.

On the outlook for USD/CAD, the near-term pull lower looks to be a chance to buy. As the oil price has stabilized and potentially turned corrective, we have seen an improvement in the outlook for the pair. A recovery uptrend has formed and there is a band of pivot support 1.2470/1.2505 which now looks like a near-term buy zone for the unwind.

Coming finally to the safe havens, we see USD outlook is a little less clear. On USD/JPY, having already had a sharp run higher in late September, there is more of a consolidation pattern that has formed in recent weeks. Wednesday’s sharp bull candle may have restricted any unwinding move, but has tailed off and now makes for an uncertain near to medium-term trading outlook. Resistance is mounting at 117.30/117.70. There is a sense of ranging consolidation now above 112.70.

There is also a bit of a mixed outlook for USD/CHF over the past few months. However, there is an uptrend in place throughout 2021, and moving above 0.9175 has helped to improve the outlook. We would look upon support between 0.9150/0.9175 as encouraging and continuing the uptrend higher for further pressure back towards 0.9240 and above. However, we do see USD/CHF as one of our lower conviction calls.