Week Ahead: Nonfarm Payrolls with RBA and RBNZ rates

Nonfarm Payrolls will always be the highlight of the week for traders. However, keep an eye out for the ISM surveys along with the RBA and RBNZ monetary policy decisions. 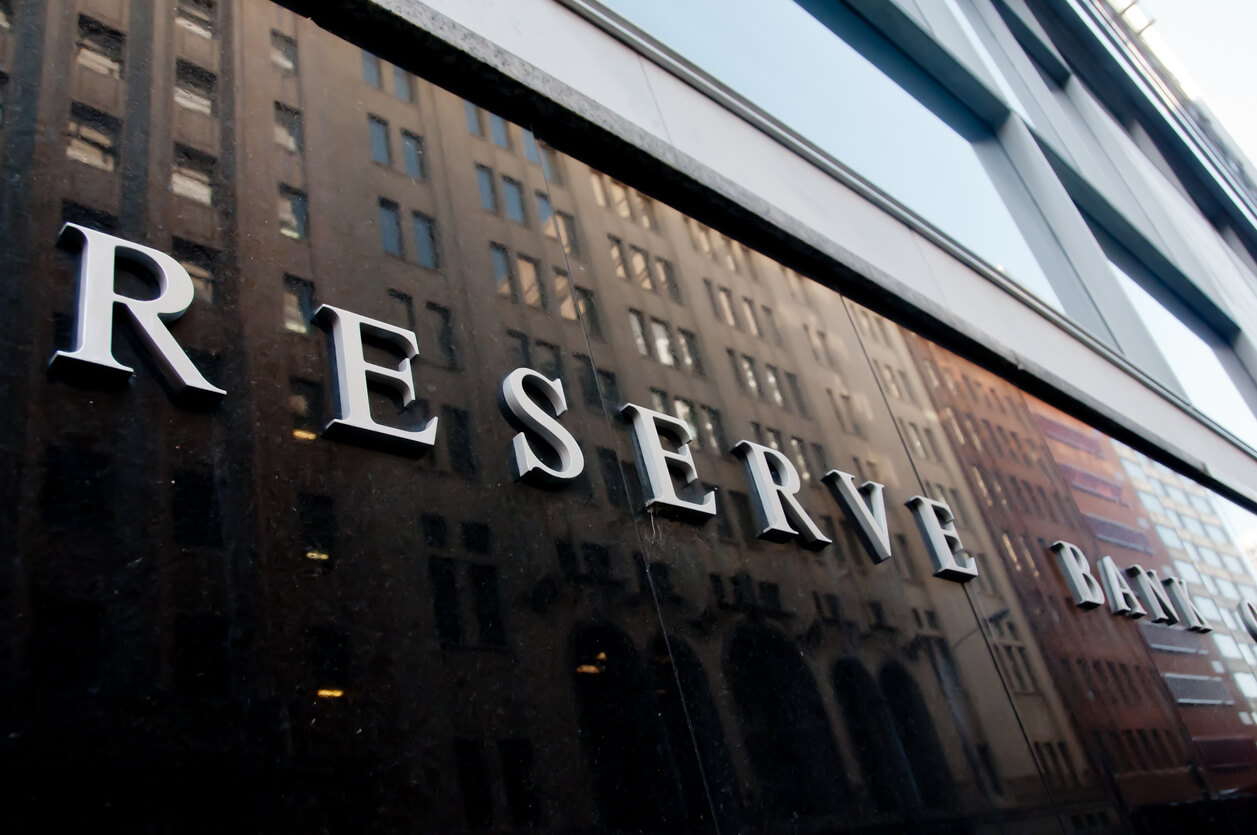 The first week of the month is always packed with tier-one data. As it is a full first week, it is front-loaded with PMIs and then culminates in the crucial US Nonfarm Payrolls report.

Elsewhere, the interest rate decisions from the Reserve Bank of Australia (RBA) and the Reserve Bank of New Zealand (RBNZ) will be significant as central banks respond to the current turmoil in financial markets. In Lat Am, it is all about inflation. 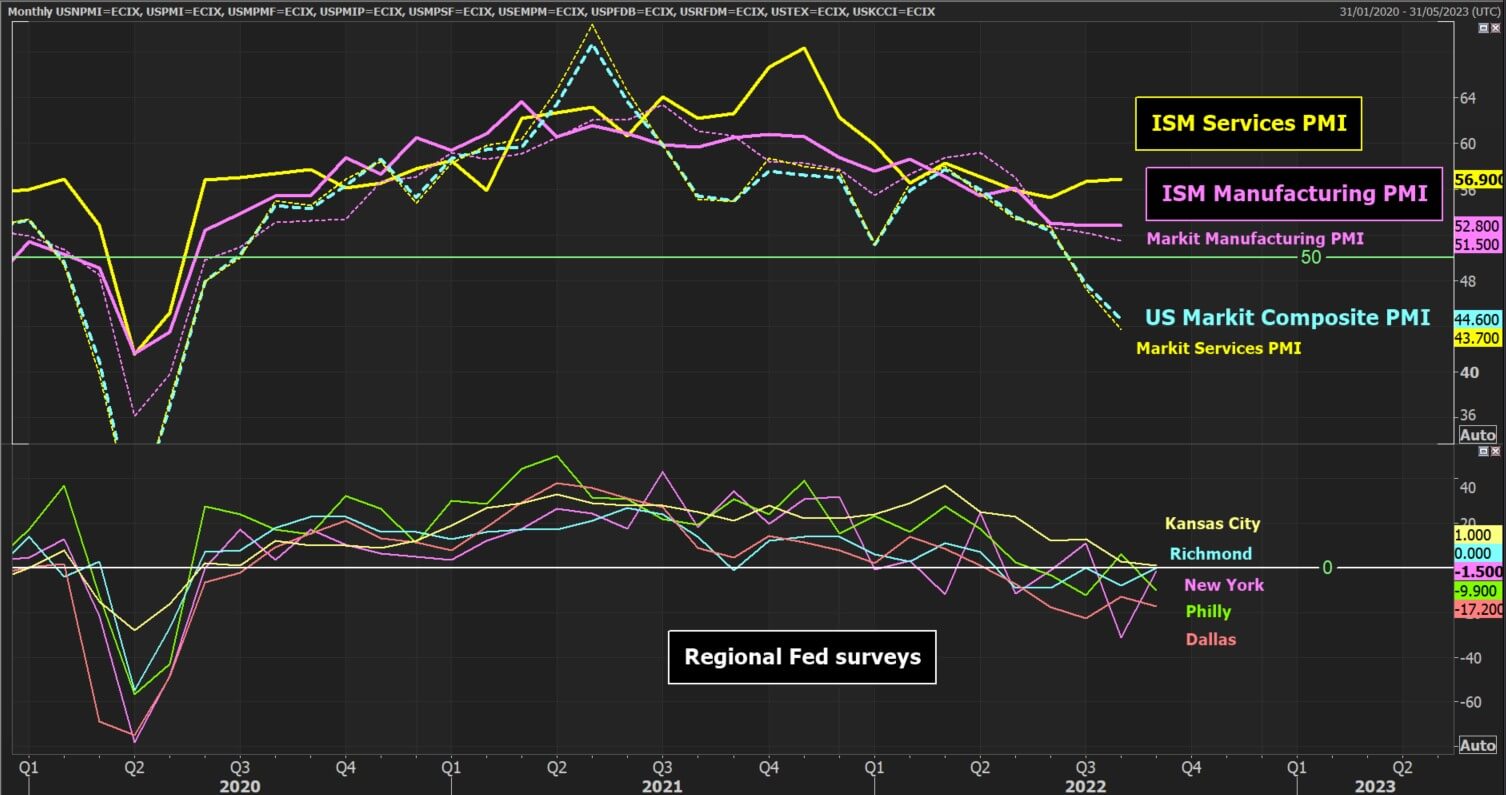 With massively elevated volatility on bond and major forex markets, calling direction is a tough gig right now. On fundamentals, the strength of the US dollar should endure. Near-term fluctuations and a potential unwind from an overbought position is a near-term risk. However, we would continue to look to use any near-term USD weakness as a chance to buy.

This week’s survey from the ISM and the Nonfarm Payrolls will be the key risk events. There are no significant signs that the tightness in the US labor market is beginning to loosen. Jobs growth is expected to be above 200,000, whilst wage growth remains high at over 5% and unemployment low at 3.7%. The Fed will therefore continue to tighten rates aggressively.

Negative risk appetite has weighed significantly on the commodity currencies. The CAD has been volatile as significant swings in risk appetite have taken hold of major markets in the past week. If sentiment can settle and hold an improvement, then there might be scope for a near-term rebound in CAD positions. A continued rebound in oil would also help.

The near-term technical rally in precious metals and oil leaves commodities at an important pivot point this week. If there is a decline in US Treasury yields this will help to fuel the near-term rally in precious metals such as gold and silver. However, if fears over recession and monetayr policy tightening resurface, higher yields will mean faltering rallies on metals. There has been analyst chatter suggesting that OPEC+ could be set for a significant cut in production to offset the price decline. If this starts to be seen from OPEC+ ministers then it could induce a more considerable rebound in oil.

In the absence of corporate announcements, Wall Street remains at the mercy of broad market sentiment and subsequently, bond markets. If bond yields continue to rise then it will signify continued fear of central bank tightening and the recessionary implications. This is a drag on equity markets. Wall Street is bordering on oversold and a technical rally could be seen. However, we continue to see rallies as a chance to sell.

With the PMIs being final revisions, aside from the expected deterioration in Eurozone retail sales, EUR traders will be keeping a close eye on any ECB Governing Council members giving speeches. Reaction to the sharp rise in inflation and bond yields along with any chatter about core/periphery yield spreads will be market moving.

GBP has started to strengthen on news that the UK’s Office for Budget Responsibility will publish its first fiscal forecast on 7th October, and in full by end of October. This may go some way to clearing up the shambolic mess of the Government’s “mini-budget”. It is also coming several weeks earlier than the 23rd November date previously stated. This gives an early opportunity to clarify how the Government can make its fiscal plans work. This is crucial for market confidence in GBP in the coming weeks. GBP volatility is likely to remain elevated this week.

European indices have been smashed as risk appetite has plummeted in recent weeks. If turmoil in bond markets begins to ease off, then there could be scope for an equity market rebound. However, we continue to favour selling into strength.

The JPY has underperformed for several months due to the steadfast dovish position of the Bank of Japan. However, with the high volatility of current bond markets, traders position not on interest rate differentials, but more on a safe haven bias. This has driven a JPY recovery. If this continues this week, the JPY will continue to perform well. If risk appetite improves and volatility settles down, we expect JPY to underperform once more.

In a risk-averse trading environment, the AUD is under significant strain. The focus this week turns to the latest RBA meeting, with another +50bps hike expected. The RBA has started to sound less hawkish recently and it will be interesting to see if this trend continues. Especially given the recent market turmoil.

The Kiwi continues to suffer alongside the AUD as a higher-risk currency. The RBNZ hiking by +50bps to 3.50% would be NZD supportive in any normal situation. However, this is no normal trading environment and traders will be thinking about how much more the RBNZ will be willing to hike. Any dovish hints could further hit the NZD. 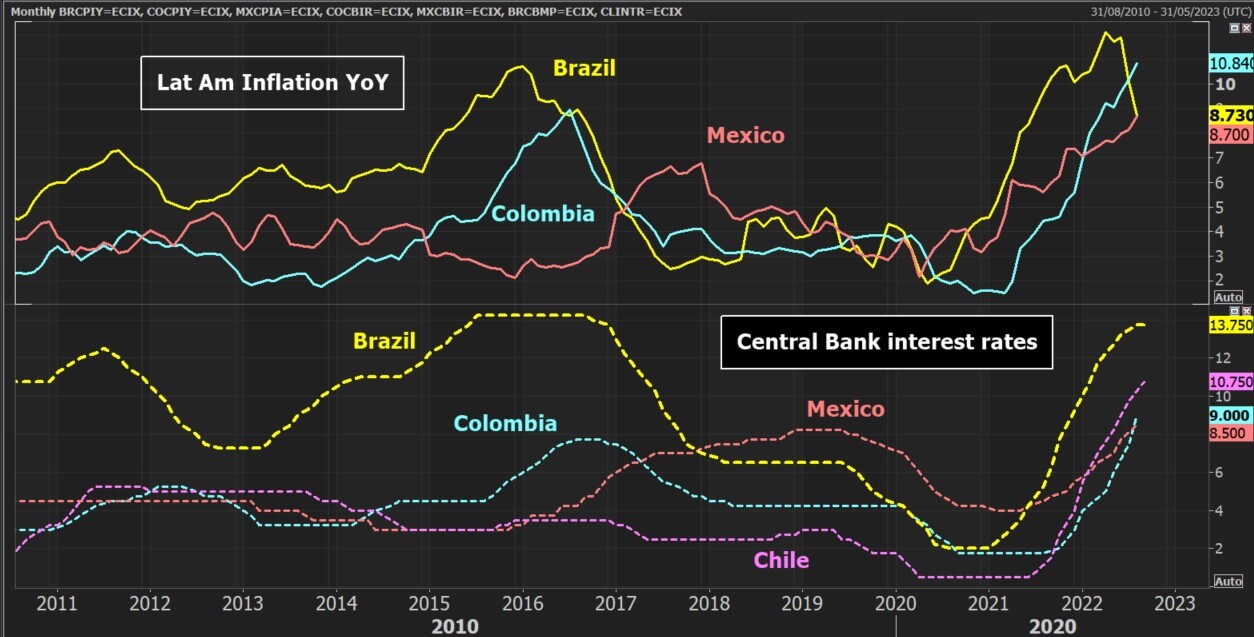 The real has come under pressure in the past week. After performing well recently, a sharpening of negative risk appetite across financial markets has driven the real lower. Furthermore, the concern will be that even as the USD has unwound some gains, the real has not picked up. Traders will be looking for a more positive outlook for the PMIs and also commodity prices this week to lend the real some support.

The peso remains a currency of stability in the LatAm basket. Although consumer confidence is expected to fall slightly, September inflation is expected to tick slightly lower. This may begin to suggest that the interest rate hikes are beginning to work. It might give the central bank reason to take a less aggressive hiking path after the latest 75bps hike to 9.25%. 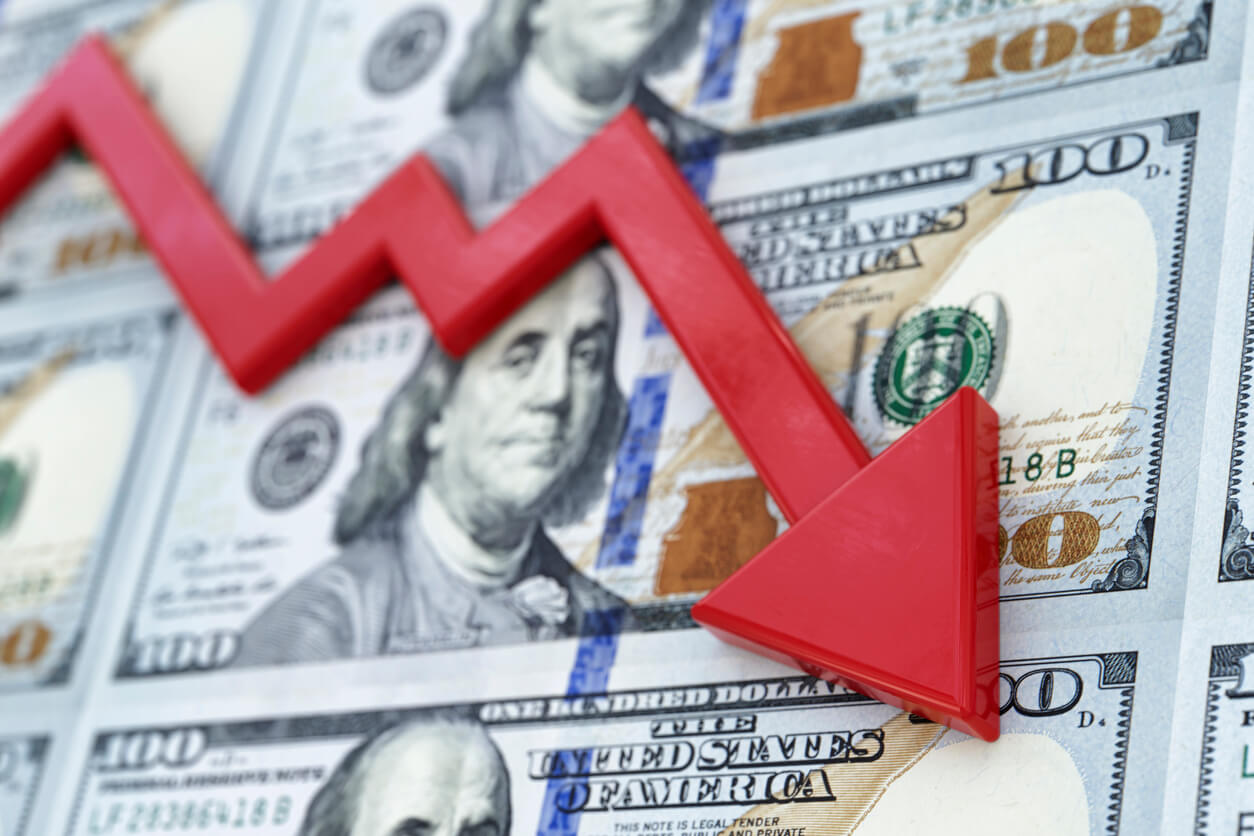