After a choppy session yesterday where the USD saw a strong rebound on hawkish Fed comments, there is another swing this morning. USD is lower as risk appetite has recovered.

Markets have fluctuated early this week. As traders increasingly look ahead to the next FOMC interest rate decision, the comments of Fed members will be keenly watched. Yesterday’s hawkish rhetoric from the Fed’s arch-hawk, James Bullard is to be expected. However, John Williams is a little more around the balance of the committee. Williams was talking about needing more time to get inflation down and more rate hikes will be needed in 2023. The USD strengthened on this yesterday and risk appetite suffered, pulling Wall Street lower.

This morning though there is a more constructive position for risk appetite. It may not be an entirely wholesome reason either, as Asian markets rallied overnight on reports of a crackdown by police in China on protestors. The prospect of restricting protests improves the outlook for China. This is allowing commodities to recover, helping higher risk currencies to outperform (AUD and NZD are over +1% higher versus the USD) and also equity markets higher too. Even cryptos are higher, despite continuing to be rocked by news of massive withdrawals from crypto exchanges.

It is a packed economic calendar today. The Eurozone sentiment gauges for the economy, in addition to the industrial and services sectors, are expected to all improve marginally in November, whilst German inflation is released throughout the European morning and is expected to reduce slightly. Canadian growth is expected to be confirmed at around +1.5% for Q3, but traders will be watching how far into negative the prelim October GDP will go. The main focus will be US Consumer Confidence which is expected to fall back for the second month in a row having picked up over the summer.

Market sentiment improves: There is a decisive risk positive bias on major forex, with commodities and equity markets also stronger.

Treasury yields fall back: Yields have tailed off early this morning. This is weighing on USD once more.

US Dollar Index “bullish engulfing candle” needs to be watched: The sharp USD rally into the close yesterday has formed a “bullish engulfing” one-day candlestick pattern. This can be a powerful reversal signal. The early drop back this morning is questioning the reversal though.

Cryptocurrencies continue to range: Another crypto exchange, BlockFi, has filed for Chapter 11 bankruptcy protection, following the collapse of FTX a few weeks ago.

Broad outlook: Risk appetite has rebounded this morning and is looking strong.

Forex: USD is selling off again across major forex. AUD and NZD are strongly outperforming.

Commodities: Precious metals are reacting well this morning to yesterday’s sell-off, but they need to hold the gains. Oil has also recovered well from recent weakness. 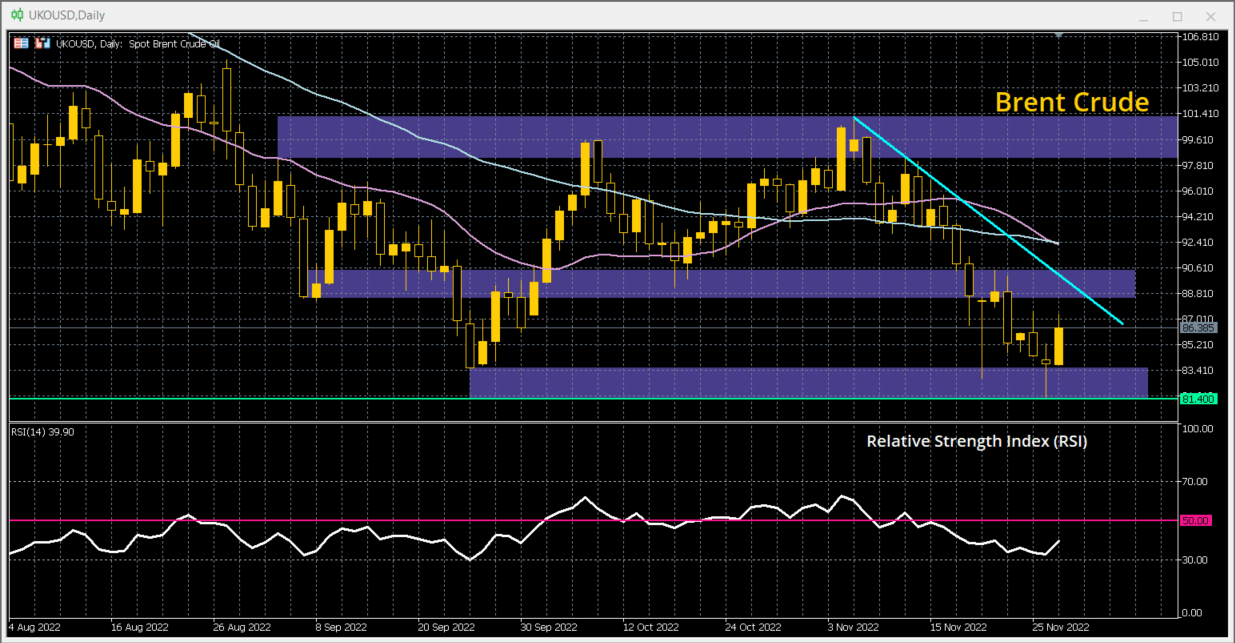 Indices: Wall Street has fallen over but this looks to be a chance to buy. European indices also look to be buying opportunities into supported weakness. 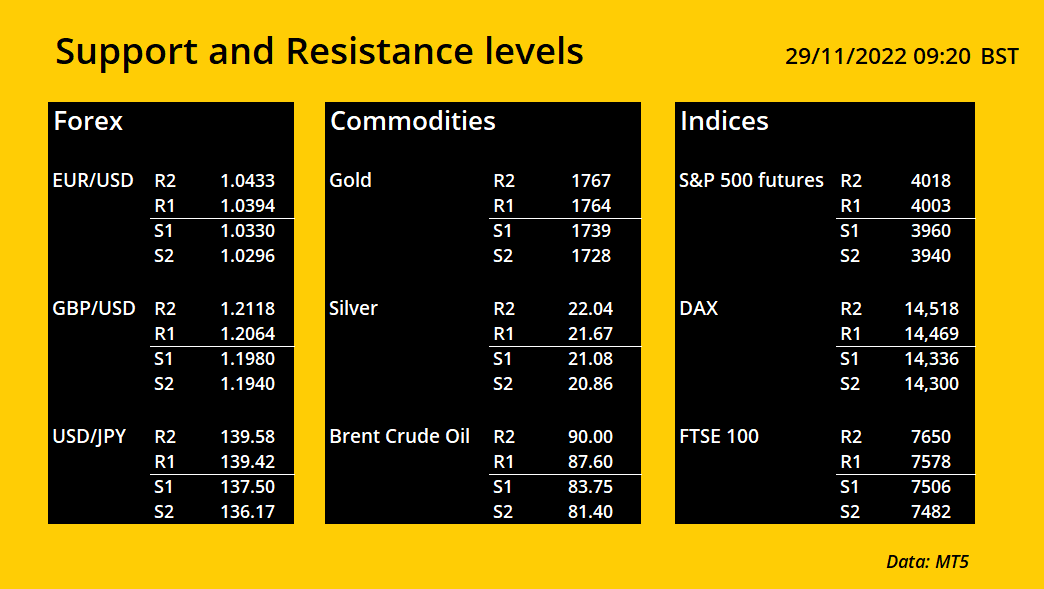