Week Ahead: FOMC meeting and US GDP looms large for majors

The final full week of the month sees a focus back on the US with a raft of tier one data. The Fed meeting dominates along with Advance GDP. Elsewhere we see inflation remains a key factor for major and Lat Am markets 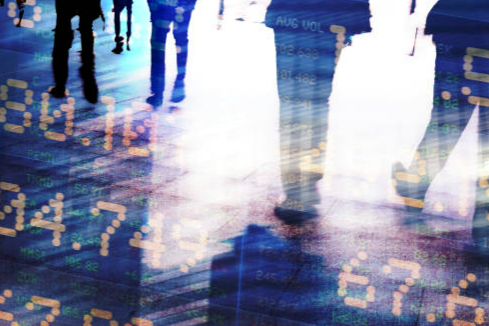 After a quiet third week of the month, market participants will be preparing for a deluge of tier one US economic announcements to end January. The January Fed meeting and the first look at Q4 US GDP growth are certainly the highlights. However, add in the flash PMIs, Consumer Confidence and core PCE and traders will need to be prepared this week. Away from the US, inflation is once more the key focus, with price rises in Australia and New Zealand to help mould the outlook for the monetary policy of their respective central banks. Inflation and monetary policy are also important in Lat Am this week.

Even on a week packed with tier one US data, the FOMC meeting dominates proceedings. The taper of asset purchases continues, and there have been few indications that the Fed will not run it through to its conclusion next month. This FOMC meeting could be set to set the groundwork for a first-rate hike at the March meeting. This is entirely priced in by markets now though, so any upside traction for the US dollar (USD) from this may be limited.

Perhaps there is more interest surrounding the Bank of Canada rates decision. Inflation surged to 4% in December, well above the 1% to 3% target range and the pressure is mounting on the BoC to act. Speculation has been around when the timing of the first hike is coming, with spring 2022 tending to be the consensus. However, some analysts are expecting a move perhaps even this week, although this would be a surprise.

The first look at the performance of the US economy in Q4 2021 will be of keen focus. According to consensus estimates, Advance GDP is expected to show a strong annualized +5.8%, however, could this be set for a negative surprise. Omicron has had its toll and the well thought of Atlanta Fed’s GDPNow growth forecast is suggesting GDP around +5.1%. The Flash PMIs on Monday will also be an interesting gauge to see how the economy is faring into January. Consensus is broadly flat from December’s readings. Any surprises will help to paint the narrative of where the economy is sitting with Omicron still an issue. 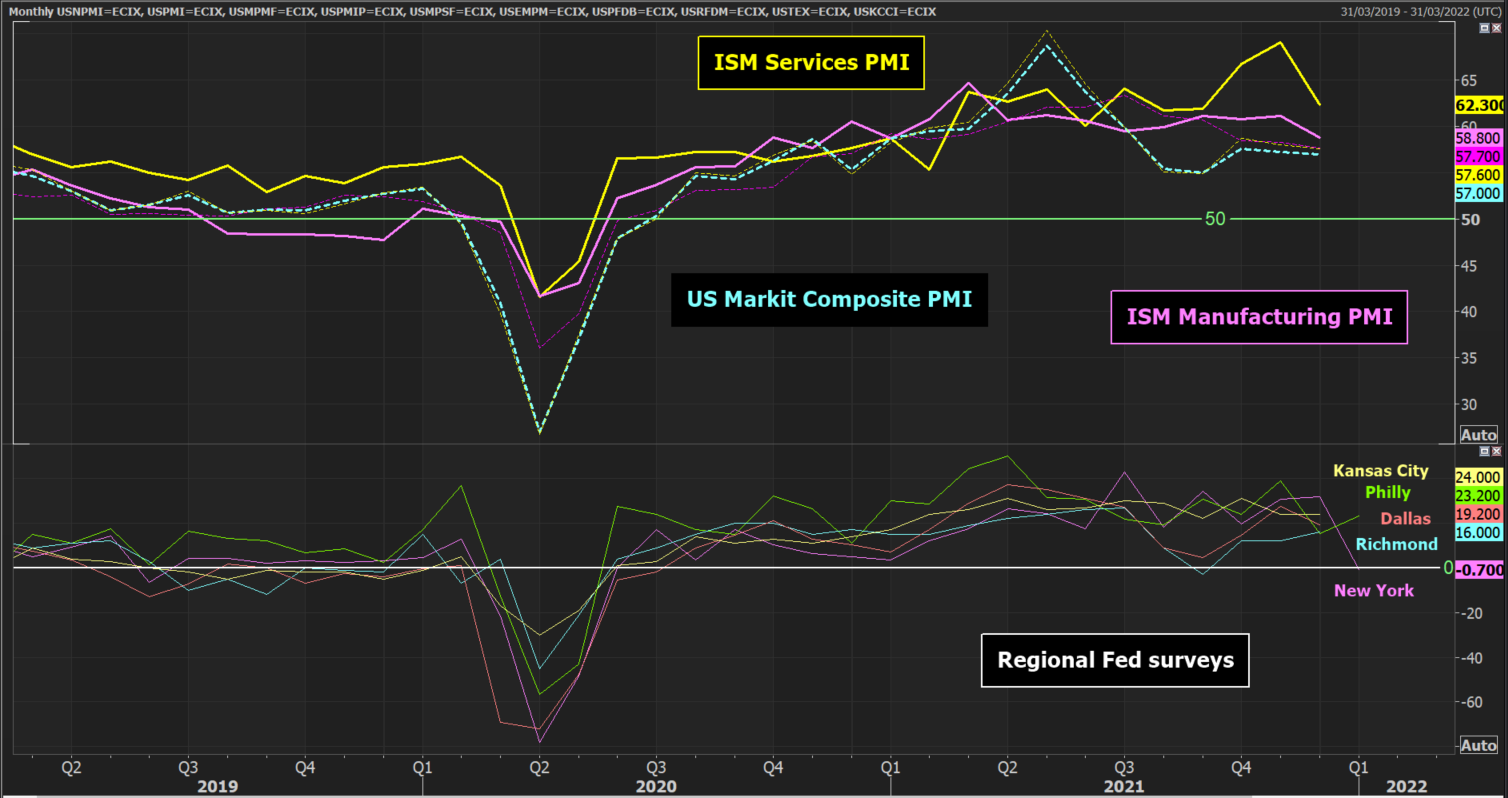 Australian CPI inflation on Tuesday could be one that the Reserve Bank of Australia takes notice of. With stronger than expected employment data recently, expectations of an RBA rate hike are being pulled forward into 2022. This is against RBA Governor Lowe’s view that this is “extremely unlikely” but an upside surprise to inflation might shift this view. It would certainly shift expectations of rate hikes in the market. According to Reuters, some analysts are expecting core inflation (trimmed mean) to increase to +2.5% (from +2.1%), whilst the consensus seems to be lower at just +2.1%. 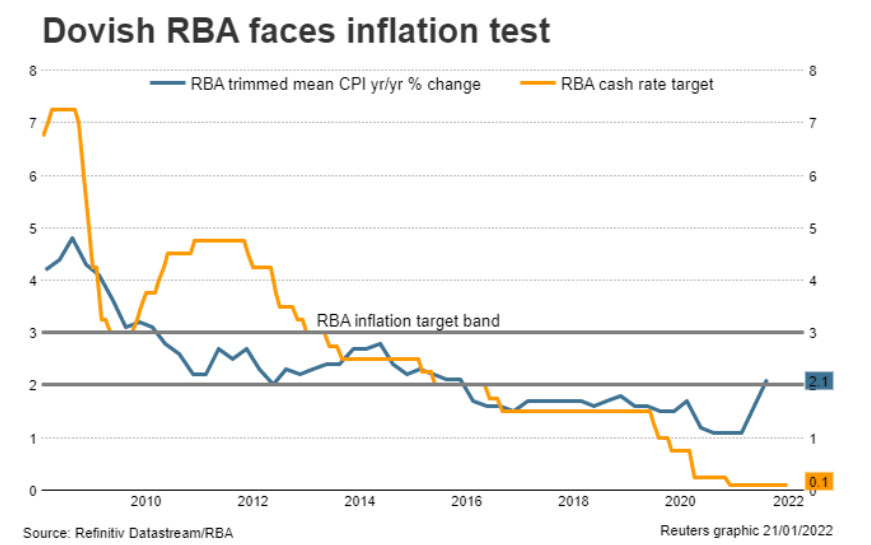 The German Ifo Business Climate has been in decline for several months now, with the Expectations component leading it lower. However, the consensus is looking for Expectations to start to pick up in January (to 93 from 92.6). Whilst the overall Business Climate is still in decline (forecast to fall to 94.5 from 94.7) as the Current Conditions (forecast to fall to 95.8 from 96.9) continue to deal with Omicron, there would be light at the end of the tunnel.

Rising inflation dominates the outlook for monetary policy across Latin America. Half-month data for both Mexico and Brazil will once more test the resolve of the central banks. For Brazil, December’s inflation coming in higher than forecast saw inflation ending 2021 at 10.06%. Expectations of an aggressive hike by the Brazilian central bank at the next meeting will be firmed if inflation shows further signs of remaining in double digits.

The Colombian central bank is also in focus with its first rates decision of the year. According to interest rate swaps, markets are pricing in the rate to more than double in the next 12 months (to 6.6% from the current 3.0%). With inflation currently 5.3% the pressure is on the bank to hike this week. 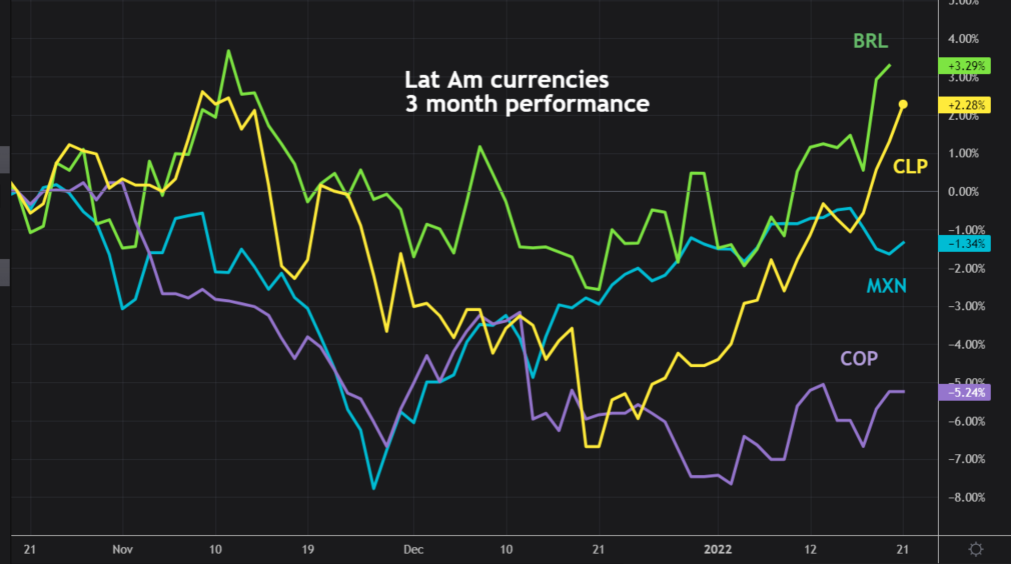