Retail Sales have jumped in August, beating estimates. The result is a risk positive/USD positive reaction has been seen across major markets. 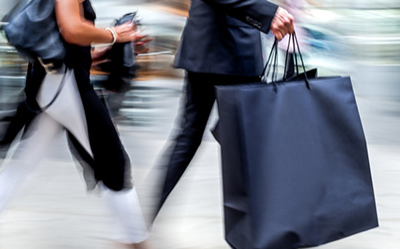 Headline Retail Sales came in much better than expected with a monthly increase of +0.7% in August. This is compared to the consensus forecasts that had been expecting a -0.7% decline. There was also a significant beat on the core Retail Sales (ex-autos) which increased by +1.8% (compared to -0.1% month on month decline expected).

Even though a -3.6% decline in Morot Vehicles & Parts was seen (which account for about a fifth of sales), this was way better than some had been expecting (potentially double-digit declines on the month). This certainly helped to pull the headline number into positive, but also strong growth across most components.

Retail Sales were supposed to have a weak month in August before recovering into Q4. This data sets up for a continued strong economic contribution from the consumer into the year-end. It will not change much for the Fed (who is looking strongly at employment trends for its policy changes), but strong retail sales will certainly help to usher them towards the taper later in the year.

Because it will not overly impact the timing of the Fed taper, there is a broad risk positive/USD positive reaction across major markets.

Positive economic data is positive for US Treasury yields. Yields have jumped on this news, also helping USD to find support too. Gold is lower (on USD strength and risk positive outlook), whilst US equity futures have also gained.