UK inflation jumps above 3% in August

UK inflation has spiked higher than expected, which has supported GBP. However, this data is unlikely to change much. 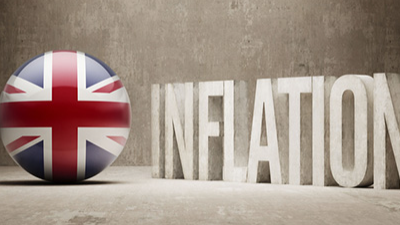 UK CPI has spiked higher in August and has jumped above 3% on both headline and core basis. The year on year headline CPI increased from +2.0% in July to +3.2% in August. This is the highest UK CPI has been since March 2012. Both the core and headline CPI data were above consensus expectations:

Much of this increase seems to still stem from the base effects of the UK economy being out of lockdown this year and also the “Eat Out To Help Out” UK Government scheme which slashed restaurant prices in August last year. The big contributors to the increase include:

For the Bank of England, this increase will come as little surprise (although perhaps higher than anticipated). It will do little to change the feeling that the inflation spike will be transitory.

However, with inflation moving above 3% this will mean that the Bank of England Governor Bailey will be required to write a formal letter to Chancellor Sunak (finance minister) to explain the reasons why inflation is more than +1% above the BoE’s target of 2%. This is little more than a ceremonial event though.