With a huge breakout on the Dollar Index, the outlook remains strong for the greenback. However, is this the right time to buy the USD? We consider the outlook for major forex pairs. 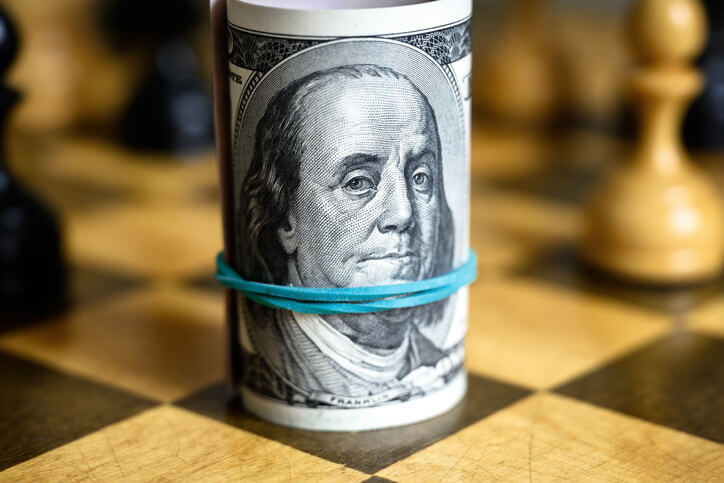 As US traders came back from their Independence Day public holiday, what better way to celebrate their patriotism than to surge into the US dollar. Positioning for USD strength has been a key winning strategy throughout 2022 and the latest breakout on the Dollar Index suggests that there is more to come. Looking at the charts of major forex, there have been some key levels broken, that should help for further USD strength. However, as always, timing is a crucial element in successful trading.

There have been plenty of reasons behind the ongoing outperformance of the USD in 2022. The Federal Reserve is aggressively hiking interest rates to fight against inflation. After the CPI surprised to the upside last month, the Fed pushed for a 75 basis points (+0.75%) increase in the Fed Funds rate. It is also expected to do another hike of a similar magnitude in July.

The aggressive rate hikes are coming despite mounting fears of negative growth and recession. The US economy is seen as one of the best positioned to ride out the storm of global growth. Other major central banks such as the European Central Bank, the Bank of England and the Reserve Bank of Australia are not hiking as fast or as far as the Fed.

You can also add in the safe-haven appeal that the USD has as the world’s primary reserve currency. This all then adds up to USD outperformance versus major currencies.

This is seen in the consistent moves higher on the US Dollar Index (an index basket of major currencies measured against the USD). Yesterday the Dollar Index burst higher for yet another breakout on a move above 105.80. There is good support between 105.00/105.80 for near-term pullbacks. We can see on the long-term the Dollar Index chart that this is the latest breakout in moves to 20-year highs on the USD. This long-term chart suggests that the breakout above 103/103.30 was a crucial move. This breakout is a basis of long-term support now on any unwinding retracement. We will now look at how this breakout in the Dollar Index translates to the individual charts of major pairs.

The most important break has been on EUR/USD with a move below the support at 1.0350, the old May low. With confirmation below 1.0325 (the December 2016 low), the way towards parity is now wide open. However, is this the right time to still sell EUR/USD (i.e. to buy USD)? On a technical basis, the downside break is a game-changer. After several tests of the support, the breakdown signals a key shift in market positioning.

All the market participants who were willing to buy EUR/USD at and above 1.1350 are now sitting in losses that could become much larger over time. If there is any recovery in the price towards 1.1350 this is likely to be used as an opportunity to sell (or close out long positions). On a medium-term basis, it leaves a key band of resistance at 1.1350/1.1490. We now see this is now a near to medium-term sell zone, to be used for selling into strength.

The Relative Strength Index (RSI) on the daily chart is not overly stretched around 30 (considering it spent time in the low to mid-20s during the April/May sell-off). However, historically, EUR/USD has tended to see near-term technical rallies from around 30 on the RSI. Subsequently, whilst the outlook is very bearish, we favour using a technical rally as a chance to sell. We will be eyeing the ISM Services data and Nonfarm Payrolls on Friday for potential opportunities. It would need a move above 1.0620 to defer our strategy.

Playing the breakdown on GBP/USD and AUD/USD

There have been other breakdowns on major pairs too. GBP/USD has been moving lower with consistent lower highs and lower lows for several weeks. The latest move below 1.1930 yesterday continued this path. Breakdowns have often been followed by near-term technical rallies into historic levels of old support. These moves have given another chance to sell. We prefer to play this latest move similarly.

There is resistance on Cable overhead at 1.2160/1.2205 which would allow a technical rally to unwind the RSI (from the low 30s) and still be well within the scope of a four-and-a-half-month downtrend. The consistent selling into strength amid the USD strength has pulled GBPUSD below 1.20 and there is little real support until 1.1400 which was a spike low during the pandemic. A move above 1.2330 would defer the strategy. Finally, we consider the breakdown of AUD/USD. Once more, in a similar fashion to the EUR/USD chart, there has been consistent pressure on the support band 0.6830/0.6870 in recent weeks. A breakdown was seen last week and further moves to confirm this break have come this week. We also see the reaction in the wake of the Reserve Bank of Australia suggesting that the market is now set up for moves lower.

There is a four-week downtrend in place, but this is an acceleration within a four-month downtrend channel and is only a near to medium-term indication. The longer-term chart shows that closing clear below 0.6830 opens the next band of support between 0.6650/0.6680. We would look to use near-term rallies as a chance to sell The resistance band 0.6830/0.6895 is an initial sell zone for this move. Above 0.6965 would defer the selling pressure.